Double Down the Drain

Previously, on MinerBumping... Rebel carebear Ms Launa, a resident of the "Mining" channel, shocked the conscience of highsec by pointlessly spending billions of isk on a bounty for my one-man alt corp.

Agent DJentropy Ovaert was concerned for the carebear, even if she was a Code-violator. He wanted her to avoid making any further use of the bounty system--a mechanic she clearly did not understand.

Ms Launa wasn't interested in reason, though. She was drawn to the madness.

DJentropy pleaded with her. She was dangerously close to becoming intoxicated by her wild, useless spending on bounties.

Alas, even the Agent's heroic efforts could not save Ms Launa from doing something she would regret forever.

Incredibly, Ms Launa tripled her 5 billion isk bounty on my one-man alt corp. The bounty now stands at over 15 billion--on a shell corp that could be re-rolled in a few minutes with 3 million isk. 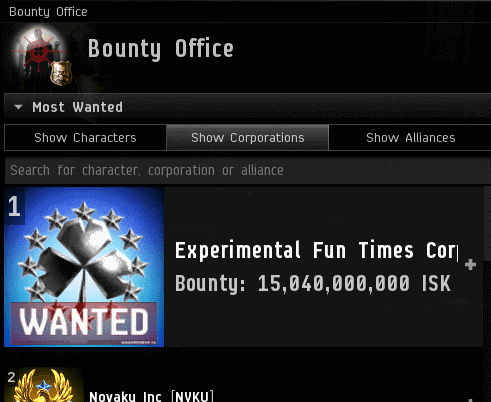 Though ignorance related to the bounty mechanic is widespread, Ms Launa's was of uniquely great proportions. Of all the thousands of corporations in EVE, Experimental Fun Times Corp RELOADED now has the biggest bounty. Fifteen billion isk down the drain.

And people wonder why highsec needs a Saviour?
Posted by MinerBumping at 17:02