Freighter Logic: Why Not Buy a Permit?

Non-compliance can be deadly. 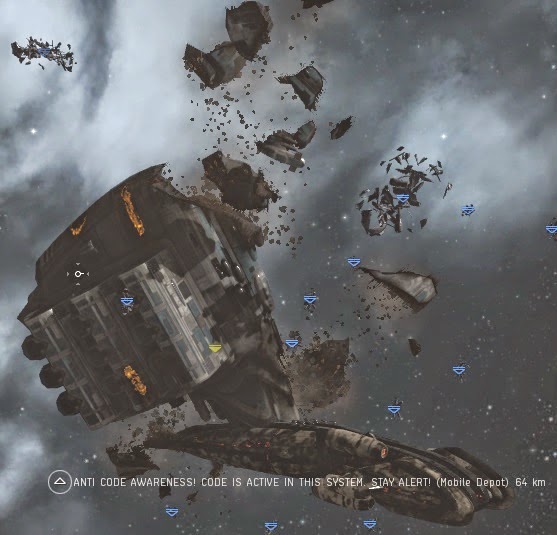 Some startling facts for the unlicensed freighters of highsec: Since April, the New Order has suicide ganked at least 349 freighters and 19 jump freighters. Outside of the Burn Jita weekend, we were responsible for more suicide ganks of freighters than everyone else in EVE. Our antimatter fell upon the tanked and the anti-tanked, the blingy and the empty. Trillions of isk worth of damage inflicted.

Now, the good news: These ganks can be entirely avoided by purchasing a 10 million isk mining permit (good for a year!) and obeying the Code.

Back in June, I issued a public service announcement to remind all highsec freighter pilots that they require a mining permit to travel safely in highsec. A few back-of-the-envelope calculations later, many freighter pilots sought out our Agents and purchased the necessary documentation. But, sadly, far less than the 100% we were hoping for.

At first blush, it seems crazy that any freighter pilot who travels through highsec would refuse to purchase a mining permit. At 10 million isk per year, it's too good a deal to pass up. For simplicity's sake, imagine an empty freighter costs just over 1 billion isk. That's one hundred times the cost of a permit. If there's even a 1% chance that a permit prevents a gank, it's well worth the purchase.

Of course, most freighters aren't empty. The whole point of a freighter is that it's packed with stuff. Take, for instance, this 10 billion isk jump freighter. The owner didn't have a permit, so he lost a ship worth over 1,000 times the permit's cost. It would have been sensible to buy a permit if there was even one-tenth of a one percent chance of averting the gank. To put it another way, if there was a 99.9% chance that the permit wouldn't prevent the gank, it still would have made sense to get the permit.

The numbers don't lie: Permit-holders come out ahead every time. It's the economically rational choice, even if you don't trust our Agents. So why wouldn't a freighter pilot buy a permit? There is an explanation--but it's not the explanation a carebear will give you if you ask. Let's take a look at some of the most common excuses, why they're demonstrably illogical, and then discover the truth. 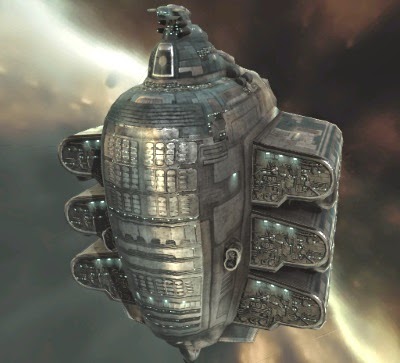 It's a well-known fact that our Agents honour the permits. No less than the Eve University Wiki admits, "...there is some evidence that the New Order honors these 'indulgences'." Even the carebears know our word is good! But, as I pointed out, the math says you should buy a permit even if you think there's a 99% (or greater) chance of the permit being ignored.


"If you buy a permit, they'll raise the price."


"If you buy a permit, they'll just revoke it for no reason."

This is the equivalent of a permit not doing anything. If your permit was revoked, you only lost 10 million isk. Again, even supposing a 99% chance of revocation, it's still rational to give it a try, because the cost is so low compared to the loss of a freighter.


"If you buy a permit, they'll mark you as a freighter pilot and attack you."

Buying a Michi's Excavation Augmentor might put you on someone's list, but buying a mining permit won't. Our freighter gankers generally camp the same few systems and don't lack for targets. They don't chase around someone on their contacts list using locator agents, hoping they'll eventually bring out a freighter.


"If you buy a permit, anti-Order gankers will attack you."

Anti-Order gankers, to the extent that they exist at all, have never ganked a freighter. There's no recorded instance of a licensed freighter being ganked by anyone.


"A permit won't do any good against all the other gankers out there."

The New Order is not one of many freighter ganking groups. We're the most active one, and nearly the only one. We suicide gank more freighters than the rest of EVE.


"I hate the New Order, so I don't want to support them with my money."

Because permits are so cheap, they comprise only a small percentage of our budget. More importantly, if you lose a freighter, we get your money anyway. Half of freighter loot drops. Our Agents have recovered countless billions of isk from the freighter pilots who refused to pay. Unlicensed freighter pilots support us with their money. Indeed, with much more of their money than the permit-holding ones do!


As we've seen, there is no rational explanation for a freighter pilot refusing to buy a permit. Thus, to explain the behavior of the carebears, we must look to the irrational. The New Order has made it our business to study the carebears and find out what makes them tick. The revolutionary discovery of bot-aspirancy made this possible. We now know precisely why a carebear will refuse to buy a permit, even when there's no logical reason not to do so.

Bot-aspirants, at their core, wish to play a single-player game. In the mind of a carebear, all challenges to be overcome must be designed by the game developers. They don't want a multiplayer game with obstacles created by other players--especially obstacles of the emergent variety.

This is why a bot-aspirant can't bring himself to spend even the tiniest amount of isk to another player. He'll gladly spend hours figuring out how to min-max and optimize and streamline everything to make his money as best he can--but only for concrete, in-game, CCP-structured mechanics. The slightest deviation into a multiplayer atmosphere is unacceptable to him. All of his obsessively-tweaked economic calculations are put aside when it comes to emergent gameplay. The moment another human being enters the picture, the bot-aspirant's system crashes. The slightest economic calculation becomes impossible, because he refuses to cope with it. He is entitled to a single-player experience, despite EVE being an MMO based on player interaction.

The 10 million isk permit is a litmus test. It tells us whether a player is willing to play EVE or not. The bot-aspirant fails every time.
Posted by MinerBumping at 18:55