Roaches in the Sunlight, Part 1

The New Order doesn't just conquer highsec, it governs highsec. To serve our people well, we need to know a lot of stuff about the people who live and work in highsec. Basically, we need an all-seeing intelligence apparatus.

Good thing we've got one. 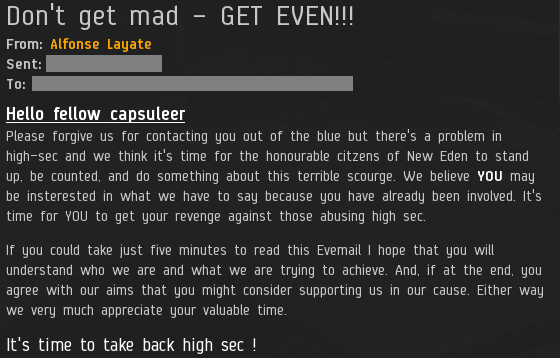 From time to time, New Order Intelligence intercepts "chatter" from carebears attempting to unite against the government (which is to say, us). Such EVEmails never translate into action. However, a perfect highsec means everyone is mentally and emotionally on the same page. Harboring bad thoughts or feelings about the New Order is a serious violation of the Code. 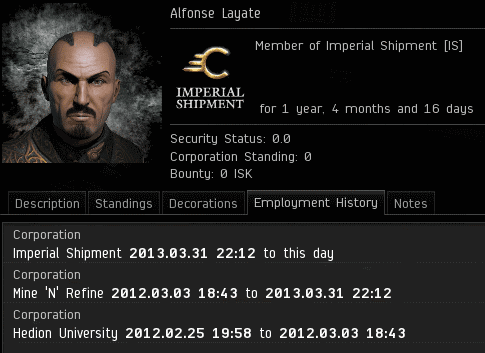 The latest rabble-rousing chain-letter came from Alfonse Layate. You can tell just from reading his employment history that he's up to no good.

This time, the rebellion came with a twist. It originated in lowsec, or so its leader claimed. We all know that the highsec carebears are incapable of organizing. Could lowsec PvP'ers finally do what the bot-aspirants haven't?

Any EVE player ought to hear alarm bells going off when someone appears from out of the blue and asks for money. Nevertheless, anti-Order resistance movements often do request financial support from the miners.

This might be the first time the solicitation EVEmail actually offered some explanation of how the money would be used to fight the New Order.

According to the EVEmail, this organization of lowsec "Jedi" had absolutely no interest in profit. Removing the New Order from highsec would be a selfless act. This is also highly unusual, because the only selfless people I've met in EVE have all been members of the New Order. 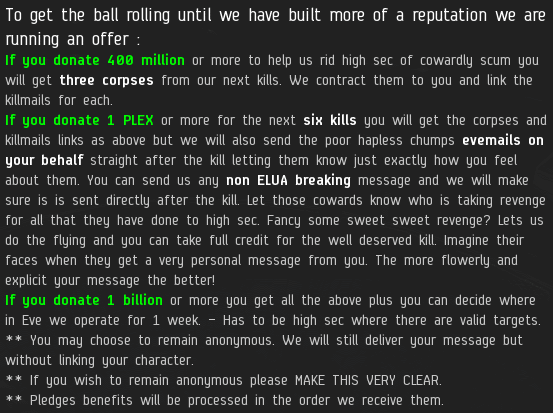 The deal was to be sweetened with revenge. This might be appealing to the "victims" of the New Order, if they still believed it was possible to defeat one of our Agents.

The communication ended. No doubt about it, the sender was advocating treason.

Wait a minute, what's that extra bit at the end? I needed to zoom and enhance to make it out... 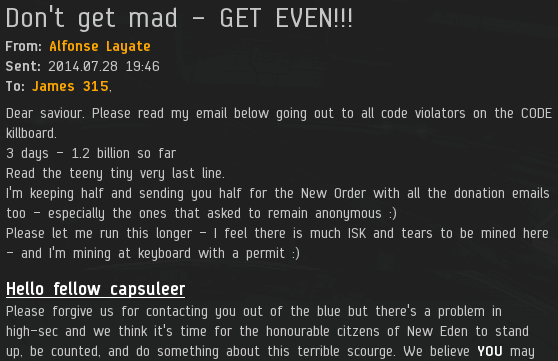 In fact, it was all an elaborate sting operation. Alfonse Layate is actually Agent Alfonse Layate, a deep-cover operative for the New Order. His EVEmail was sent, with full authorization from the Saviour of Highsec, to gank recipients. Those whose mining vessels had been ganked by members of CODE. were tested for traitorous attitudes.

And the results will shock you.