Today, friend, you got it.

Agent Sasha Nyemtsov's audio commentaries on the Code have made him a household name in educated circles. He's a luminary. Even the foulest of the rebels give him a grudging respect. Inevitably, the public demanded that Sasha do an audio recording of the entire Code, spoken in the way that only Sasha Nyemtsov can speak it.

Such a project is no mean feat, even for someone as gifted as Sasha. You'll recall that many Bonus Round participants struggled with the task of reading the entire Code aloud--despite (generously) being given the opportunity to correct their verbal mistakes without starting over from the beginning of the document.

Sasha's reading of the Code--with a runtime reaching nearly 17 minutes--was all performed in a single take. That ain't duck soup, folks. It's a remarkable achievement made possible only by absolute commitment to the Code. Behold: 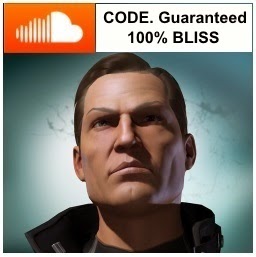 This recording represents an important strategic victory for the New Order. Its applications are limitless. Making use of the latest technology, you can download the recording and pipe it into your preferred mobile listening device. Have a job? Listen to the Code on your way to work. Have a non-EVE-playing spouse who hasn't yet made time for a thorough study of the Code? This is your go-to gift for your next wedding anniversary. Have small children? Play the Code as you drive them home from school. Just became U.S. President and looking for tracks to fill the iPod you're presenting the Queen? Sasha's got you covered. Studying up for your next Bonus Round? You get the idea.

Highsec is changing. We can all see it. Now hear it.
Posted by MinerBumping at 01:30