Some EVEmails begin more promisingly than do others.

A group of Agents did something a bit out of the ordinary: They used Catalysts to gank a bot-aspirant--in lowsec. 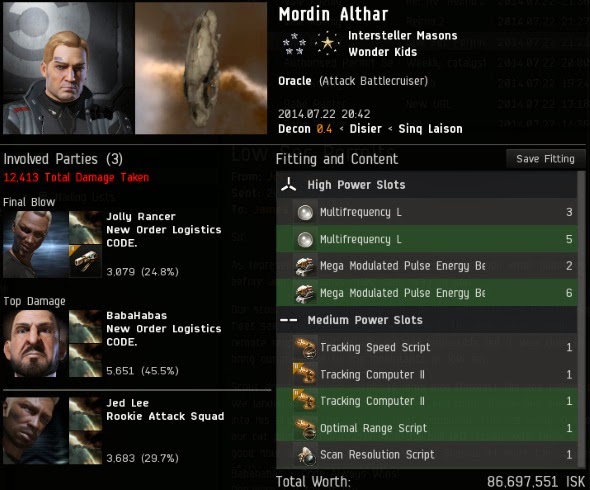 Other than the system's 0.4 security status, the gank was performed in the usual manner. 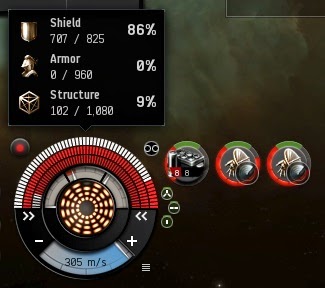 ...Although, when the bot-aspirants sieging the POS returned to keyboard, they had to play the role of CONCORD. They didn't quite measure up. 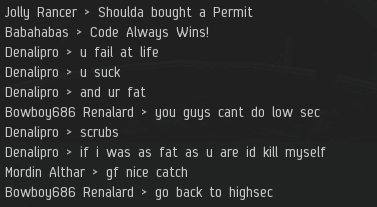 The fact that the Code enforcement action occurred in lowsec, however, is likely to spark some amount of debate. It will also result in the usual tut-tutting from rebels who accuse the New Order of "violating its own Code". They shriek, "You can't kill people in lowsec!"

But really, there's nothing new here. Agents of the New Order have always been authorized to pursue their enemies outside the borders of highsec, where there is a clear and present danger of anti-Order activity. Yesterday, we saw this applied to wormhole space. The rule has been applied to AFK miners who haven't activated their mining lasers yet. And, indeed, the doctrine was used all the way back in the earliest days, to justify expanding the New Order from two systems (Halaima and Kamio) to all highsec systems. The Code is not a suicide pact. A pact of suicide gankers, maybe. 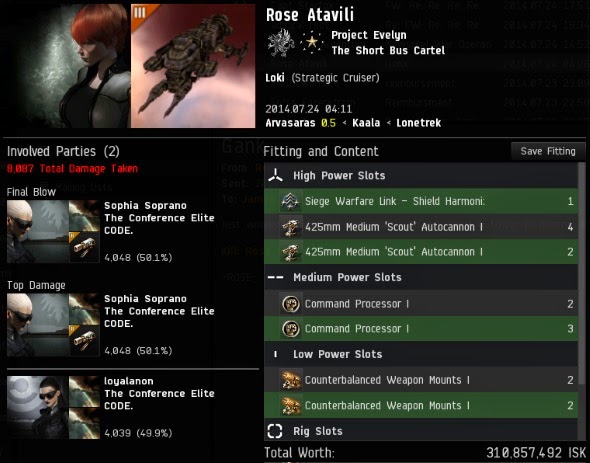 AFK POS-bashing as a sign of bot-aspirancy is not an outrageous concept, either. It, too, is well-established precedent. Take this 310 million isk fail-fit Loki, for instance.

It was ganked by Agents who had nothing to do with the lowsec action. Being reasonable Agents, they happened to arrive at the same reasonable conclusion. 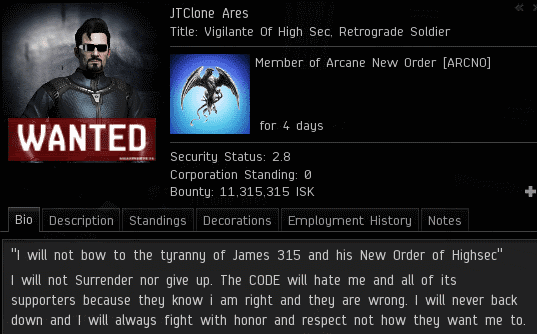 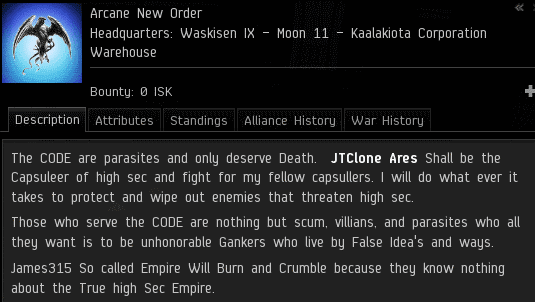 JTClone started the Arcane New Order and made audio recordings of his speeches against the Code. 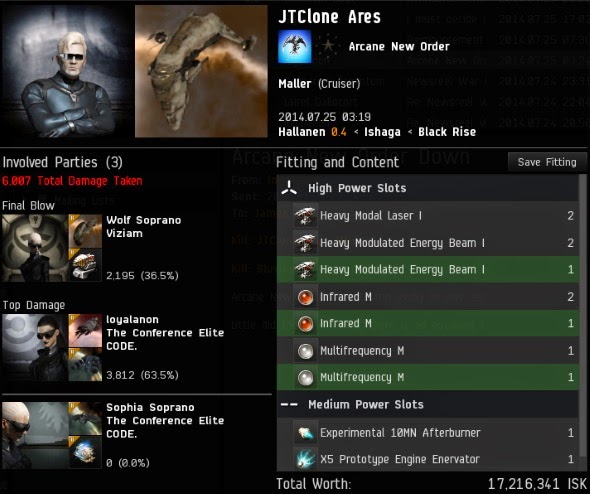 When the rebels retreated into a hovel in a border system, they were pursued. Lowsec is not a safe haven for those who would plot against the New Order. 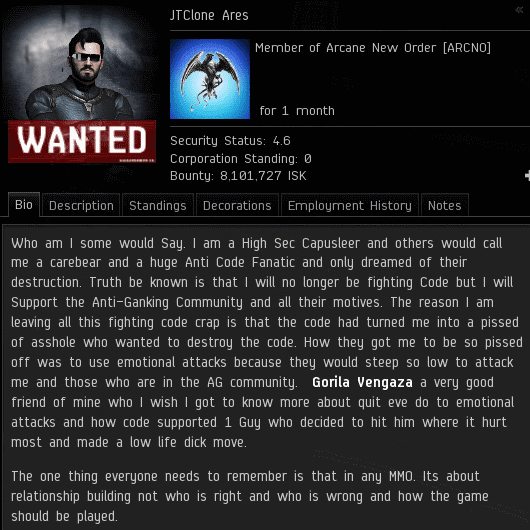 It is said that power tends to corrupt, and that absolute power corrupts absolutely. When EVE players think of power these days, they naturally think of the New Order. Lesser men and women would let all that power go to their heads. I am continually impressed by the measured restraint and integrity shown each and every day by New Order Agents. They have proven they can be trusted with power and authority. Highsec is in good hands.
Posted by MinerBumping at 19:22