Citizen, have you ever wondered what it would be like to participate in a New Order freighter ganking fleet? Agent enterprisePSI recorded some footage while participating in such a fleet last week. Watch the action for yourself! Spoiler Alert: Expensive stuff gets blown up, and despite the fact that it's all predictably in the Uedama system, rebels can't do a thing to stop it. 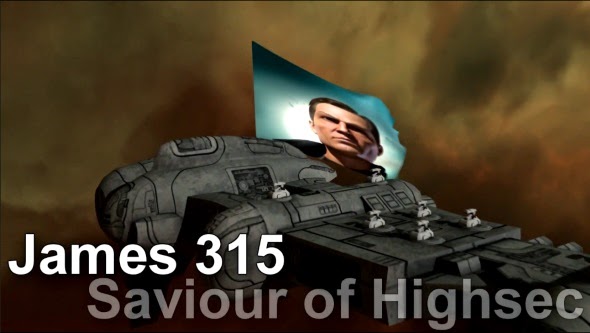 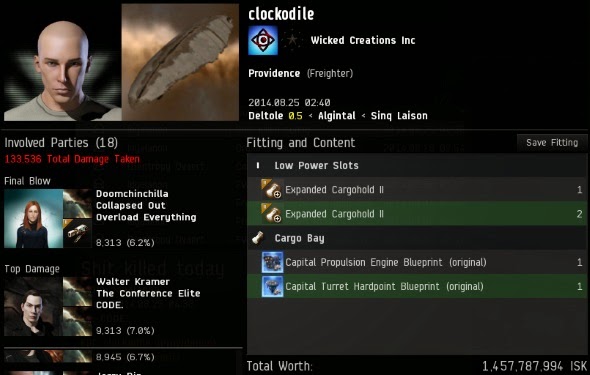 A lot of expensive freighters were popped this week, including LittleBar's 8.5 billion isk autopiloting Providence. But my favorite freighter kill is clockodile's Providence, valued by zKillboard at 4.3 billion isk. clockodile triple-anti-tanked his freighter so he could have enough cargo space to carry two BPOs. You can carry those blueprints in anything but a pod, yet clockodile couldn't spare a lowslot on his freighter for a little tank. Classic bot-aspirancy. 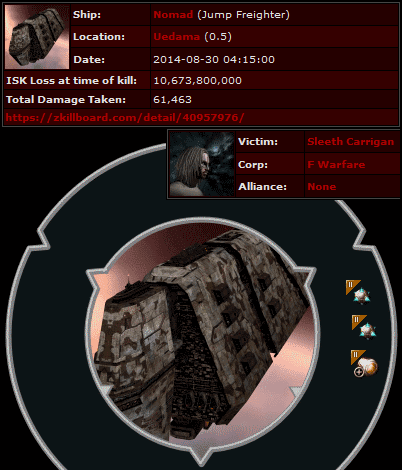 Yikes! Sleeth Carrigan's speed-fit jump freighter was dogpiled by 24 Catalysts and 2 Brutixes. You can't outrun justice in highsec--not anymore. Over ten and a half billion isk was vaporized in the attack. How do you accumulate that much wealth and not know how to fit your ship? Really, an overdrive on a jump freighter?

Sleeth's cargo included nearly 2 billion isk worth of laser crystals. Was it really necessary for Sleeth to carry around so many of them? Freighter and jump freighter pilots, the next time you're preparing to transport goods around highsec, ask yourself these questions: "Do I really need to make this trip? Would James 315 approve? Is my license up-to-date?" That way you can avoid returning to your keyboard and asking other questions, like, "Where did my 10.6 billion isk jump freighter go? Can I petition this?" 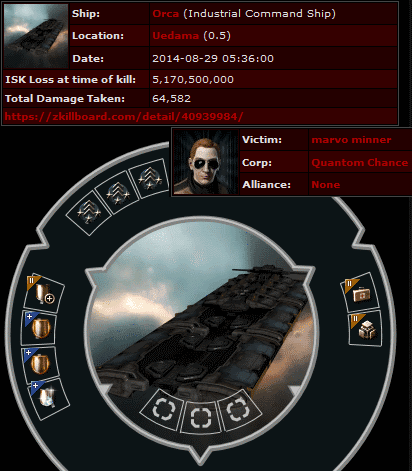 One of the most gruesome spectacles this week was marvo minner's 5.1 billion isk Orca. It was tanked, sure--with a bunch of expensive modules. That's like trying to avoid getting mugged by wearing body armor made of cashier's checks. In New Order territory, modesty beats decadence every time, especially when you refuse to pay me 10 million isk for a permit. marvo's motto was, "Billions for bling, but not one isk to the king." Look where that kind of thinking got him. 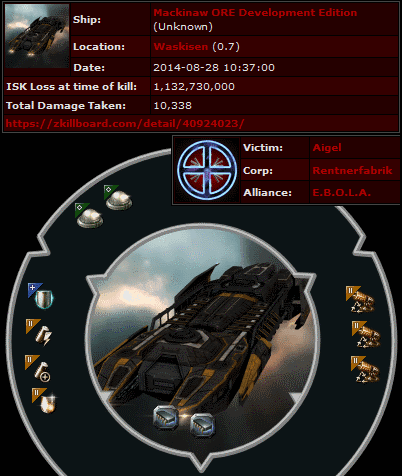 Aigel put E.B.O.L.A. back in the headlines with a fail-fit 1.1 billion isk Mackinaw ORE Development Edition. At least the ship had plenty of capacitor and CPU. Before it exploded, I mean. 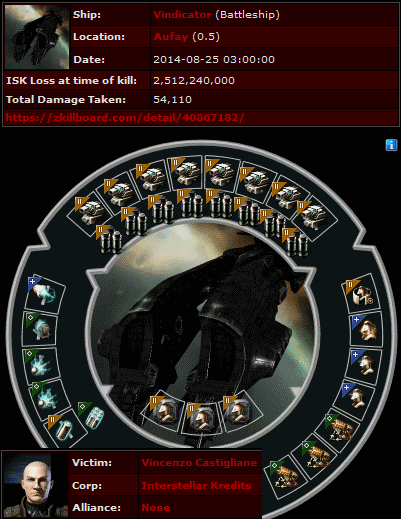 You know how carebears always complain about the New Order ganking ships that can't shoot back? Vincenzo Castigliane's armed-to-the-teeth faction battleship had plenty of guns. Contrary to popular opinion, guns and money aren't enough to win a fight. You need heart. And the Agents of the New Order have the most generous hearts I've ever seen. Vincenzo lost his 2.5 billion isk Vindicator, along with a 400 million isk pod, for a total loss of about 3 billion isk. No matter how many weapons you bring against us, the CODE always wins. 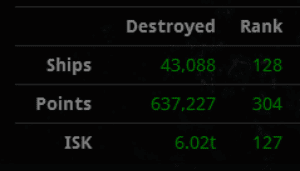 Putting this into perspective, Rabe noted the following tallies of ships destroyed by CODEdot since it was founded, just over a year and a half ago:

Think about that. Tens of thousands of EVE players have been helped by CODEdot. We're making a difference in highsec. Can you feel it? Those people we killed sure did.