It seems the New Order is everywhere you look these days. That's not something to be alarmed or troubled by; we're here to help. Unfortunately, some EVE players refuse to be helped. This puts their ships and cargo at risk. Nevertheless, our Agents never take any action beyond that which is necessary. Let's look at some necessary actions that took place during the week of August 10th @ 00:00 EVEtime through August 16th @ 23:59 EVEtime. 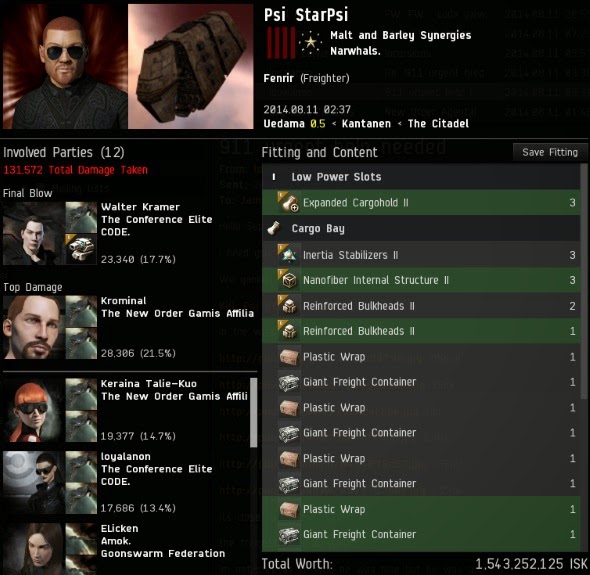 Oh, it's this kill. We'll have more to say about this later, but here's the short version: Psi StarPsi was AFK autopiloting a triple-anti-tanked freighter through Uedama. That was bad. What was worse is that Psi StarPsi's cargo was a series of containers with several dozen Alliance Tournament ships, totaling more than 20 billion isk. Agents Krominal, Walter Kramer, Keraina Talie-Kuo, loyalanon, ELicken, the reaverkiller, John E Normus, Myd'raal, Albino Chan, Jon 1, Vestion Stenier-Tian, and V-ktor Dolus did what you'd expect them to do. What they've been trained to do. I've never been a fan of half-measures. DocTardis did what a lot of carebears do these days: He put some tank modules on his ship, while fitting frivolous yield mods in the lows and leaving the rigs empty. The result was a 1.5 billion isk Mackinaw loss, along with a 430 million isk pod, for a nearly 2 billion isk lost in one pop. Agents Throatslashar and iZaEaRl supervised the destruction of this equipment. 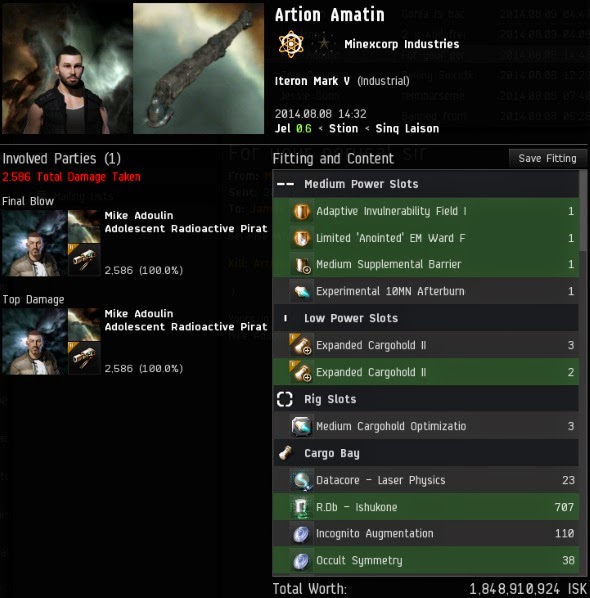 Two startling industrial losses from late last week. First, Artion Amatin was flying an Iteron V with no less than 8 different anti-tank modules and 1.8 billion isk of cargo. Agent Mike Adoulin was no longer at war with the carebear's corp, which apparently lulled the carebear into a false sense of security. When he went AFK, our Agent simply switched over to a gank ship and took out the trash. 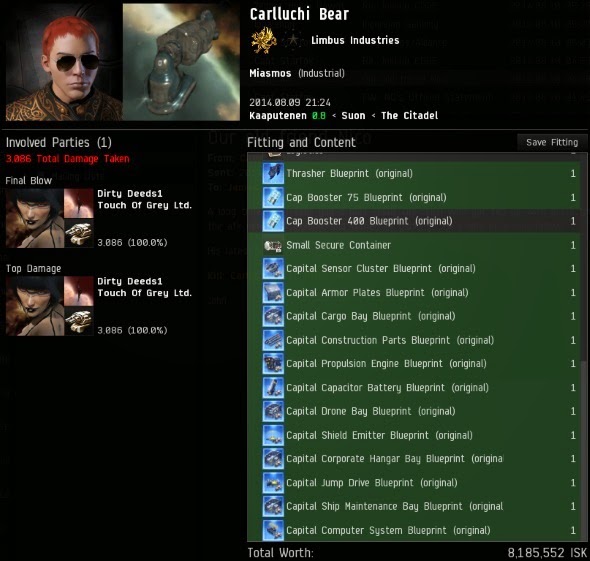 Carlluchi Bear was also abusing the industrial class of ships when he went AFK and let Agent Dirty Deeds1 pop him. No estimate is available for the value of this particular loss, but that looks like a fair number of blueprint originals. 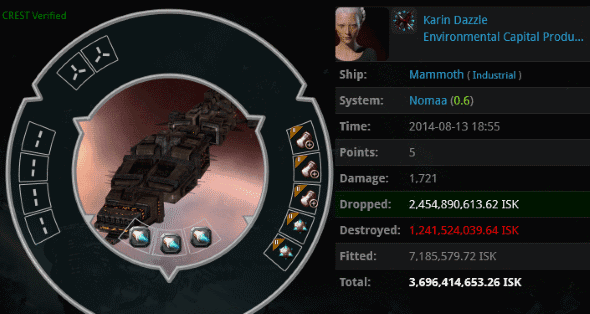 Karin Dazzle continued the trend of anti-tanked industrial ships being blown up this week. Her Mammoth had so few EHP that you could practically see right through its hull. Karin, too, was carrying a sizable collection of blueprints. Evepraisal provides an estimate of between 24.5 and 91.5 billion isk lost. Agent Zasar barely sneezed on the ship and everything blew away. 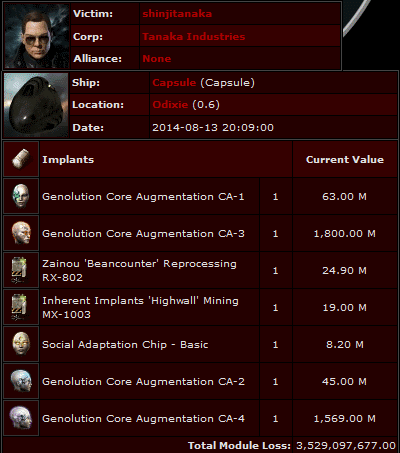 Carebears love it when CCP adds new baubles to the game. I'm not sure why, since they'll only lose them to the New Order. shinjitanaka equipped a bunch of that Genolution Core nonsense and promptly threw it away in a fit of bot-aspirancy. Agent iZaEaRl scored the Podkill of the Week. Some might look at this killmail and say, "See, carebears? This is why we can't have nice things." But the truth is that everyone in highsec does have something very nice. The nicest thing in all EVE: the Code.
Posted by MinerBumping at 22:18