A lot has been going on in the New Order over the past week, and it's hard to keep track of it all. This post is going to be done in a somewhat unusual manner, intended specifically to catch everyone up on random things. I'm just going to quickly rattle off a bunch of points of interest. Fresh off the tournament win this weekend, I present to you a bit of New Order Potpourri!

Agent Fawn Tailor is an accomplished ganker and accomplished journalist. Haven't been following Fawn's work at TheMittani.com? Here are some links to Fawn's most recent columns help get you up to speed:

Go Gank, Young Newbie. A wonderful call for new EVE players to become gankers instead of petitioning them.

Thanks to the latest industry changes, the price of gank Catalysts is dropping significantly. Upon the recommendation of experts like Agent Sabriz Adoudel, the reimbursement rate will also be dropping. For now, the new rate for tech II Catalysts will be 10 million isk, down from 12 million.

Need more Sasha Nyemtsov in your life? Here's another dose: A recording of the "Become an Agent" page! 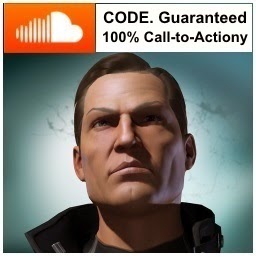 Every time Sasha produces one of these recordings, the people clamor for another. How about a reading of all 1,000+ MinerBumping posts? I kid, I kid.

Notice the new banner at the top of the page? An anonymous donor has created two new ones to be put into the rotation. You, too, can design a MinerBumping banner. The dimensions must be 900x189.

Agent Salah ad-Din has translated the Code into Russian! No longer will you be forced to rely on Google Translate when dealing with prickly Russian miners. See the following link:

The Code in Russian

Agent Stan vanderVille was inspired by this, and so he translated the Code into German, as well:

The Code in German

Having witnessed the success of the still-ongoing August Venture Killing contest, Agent DJentropy Ovaert decided to sponsor his very own September Pod Killing Contest! Prizes will be given to the poppers of the ten most valuable pods. Another announcement will be made on the eve of September. (I'm also looking forward to announcing the results of the Venture contest at around the same time!) In the meantime, see DJentropy's EVE-O thread for the rules and prize list.

The Code is big these days. Now more than ever, it's vital that every man, woman, and child in highsec understands and follows the Code. Agent Rabe Raptor has put together his very own resource center for Code interpretation. If you need help understanding a provision of the Code or how our Agents tend to enforce it, Rabe's writings can be a big help.

The Law of Highsec

Whew! Our Agents are busy little bees. Remember when highsec was nothing more than a sprawling mass of worthless, content-free, silent systems? The New Order is turning on the lights.
Posted by MinerBumping at 17:33