"Cruising around Balle waiting, hoping, for wartargets to login. I was chatting with the locals about my favorite topic, the Code, when I saw a newbro in his Venture. I warned newbro that Balle wasn't a safe place for one so young and in such a fragile ship. He LOL'ed in local. I continued to give warnings in local. You know, just like people always say that we should, because then people would understand and buy the permits." 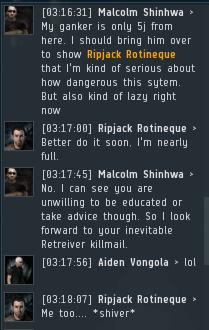 A young carebear named Ripjack Rotineque was barely three and a half days into the game. But already he was walking down the path of bot-aspirancy and rebellion. 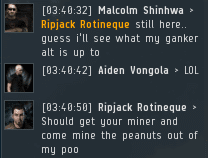 Instead of buying a permit, Ripjack acted like a baby. Malcolm was trained to handle babies.

"I found a spare Cat, meta-4 fit :(, but it would have to do. It took several minutes to get everything sorted. Would Ripjack beat feet after making such a rude remark to a Knight of the New Order? I had tried to be nice. Tried to tell him Balle wasn't safe. Told him about the permits. What did I get for doing it the carebear way? Insulted. Surely he's not out in space..." 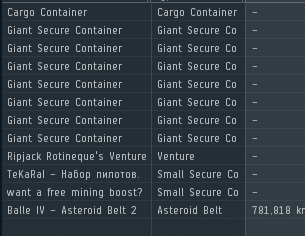 Ripjack was easy to find. Highsec is no place to hide from the New Order. 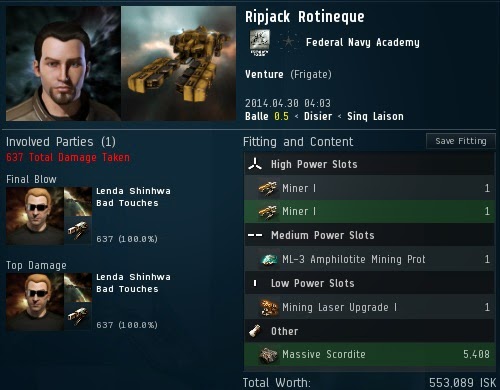 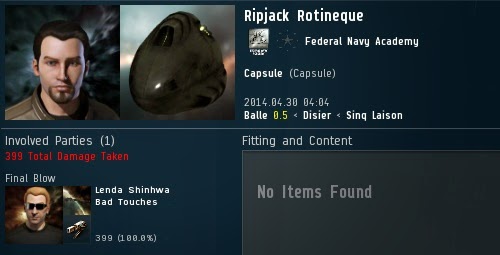 Pop, pop, and the young miner was on his way. 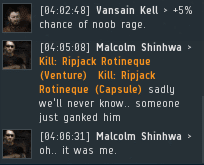 The residents of Balle were much impressed by Malcolm's lightning victory. Our hero shrugged off the praise. He was a tactical genius, sure, but he was just doing his job. 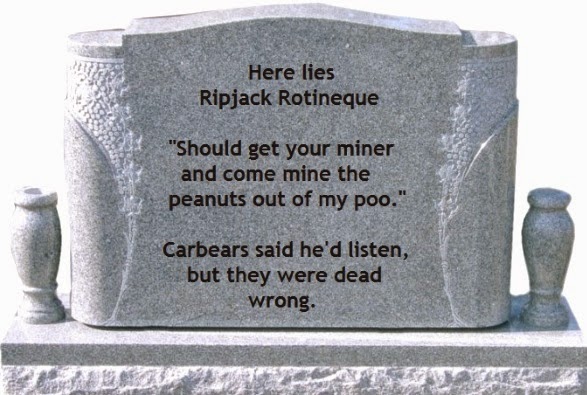 Agents of the New Order aren't merely elite PvP warriors; they are also artists and philosophers. Malcolm took some time to reflect upon Ripjack's short EVE life and what it meant to highsec. Then he made this memorial. Without the Order, the carebear would have been forgotten. Thanks to Malcolm, the lessons of Ripjack's life would stand forever--as a silent witness to the Code.
Posted by MinerBumping at 19:36