Previously, on MinerBumping... A team of elite New Order Agents went to work helping a miner named The Feet. After destroying a billion isk worth of his stuff, they invited him to a conference to teach him the Code. 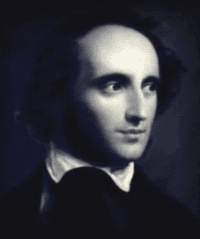 When people think of the New Order, they think of class and sophistication. Agent Salah ad-Din al-Jawahiri played Mendelssohn's Symphony No. 4 'Italian' to add a little atmosphere.

Despite the atmosphere, The Feet continued to act like a brute--like a bot-aspirant brute. 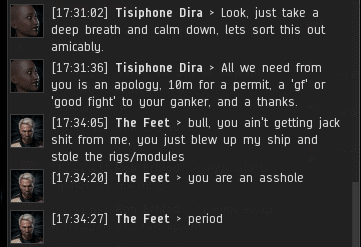 The Feet didn't recognize our Agents as the mentors they are. He saw them as the enemy. He could only think about the money he'd lost. He even accused our heroes of stealing his ship's rigs. 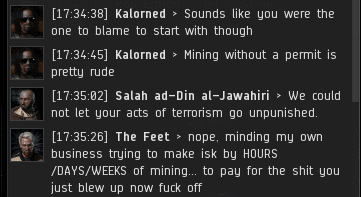 Seven years of mining in highsec didn't earn The Feet enough isk. He always wanted more. He couldn't bear the thought of having lost, well, however much time it takes to mine a billion isk of ore in highsec. However much time that is, it's far too long.

The answer to The Feet's quandary was a mining permit and a good attitude. Wallowing in bot-aspirancy for seven years left a stain on The Feet that wasn't so easily scrubbed, however. The New Order arrived not a moment too soon. Imagine if we didn't start saving highsec until a few years from now--it might have been too late. 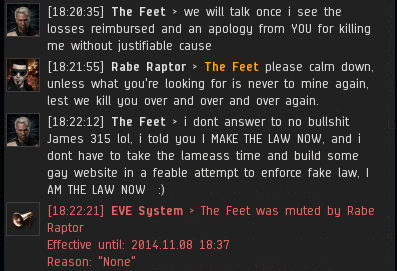 Our Agents helped The Feet out by giving him a 15-minute break to think about what he'd done. It was a sort of global criminal timer for the channel. But The Feet was not silenced so easily. He retaliated with a bold masterstroke that forever altered the balance of power in New Eden:

...Either that, or he changed his personal standings and pretended it meant something. Miners do this all the time. But The Feet knew he was working against a team of Agents, not just one. And so, like jolly old Saint Nick putting a lump of coal in each stocking, he began sending out standings notifications to all of the Agents in the convo, each with a personalized message. 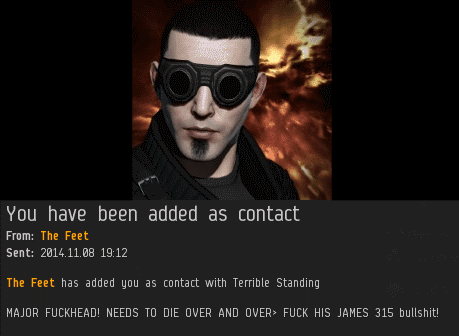 One for Agent Rabe Raptor... 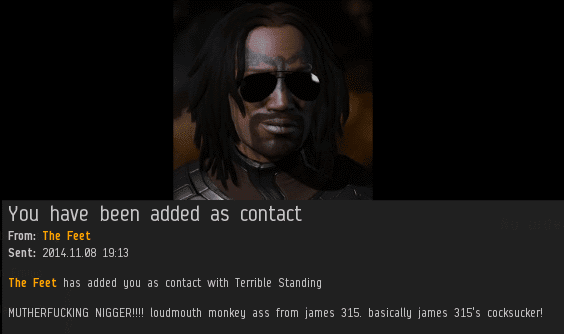 One for Agent Tisiphone Dira... 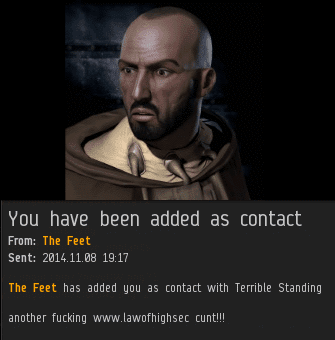 ...And one for Agent Salah ad-Din al-Jawahiri.

The day's lesson with The Feet had ended on a dramatic note. A lot of people would look at those standings notifications and assume The Feet meant to cut ties with the New Order. They might also assume The Feet would never buy a mining permit or get right with the Code. Fair assumptions, perhaps. But remember The Feet's bio. We shouldn't assume ANYTHING without talking to The Feet first. Could a mining permit be in his future, after all?
Posted by MinerBumping at 19:19