The Right to Kill

When the "Crimewatch" "expansion" was released two years ago, carebears rejoiced. Highsec hadn't been safe enough, so One More Nerf™ was required. The new kill rights system, they said, would help them put a stop to highsec content. (They said the same thing about the bounty system.) Yet kill rights have never been a problem for the New Order. Instead, kill rights have been used by our Agents against the most foul of the carebears. This is karmic justice.

Agent Kalorned came across a rebel miner named Arttu in the Gelhan system. Arttu had difficulty understanding the need for a permit. Kalorned set his mind to helping the poor miner find his way.

Without warning, the miner's Hulk alt ambushed Kalorned with a suicide attack! It was a most unusual gank fit: 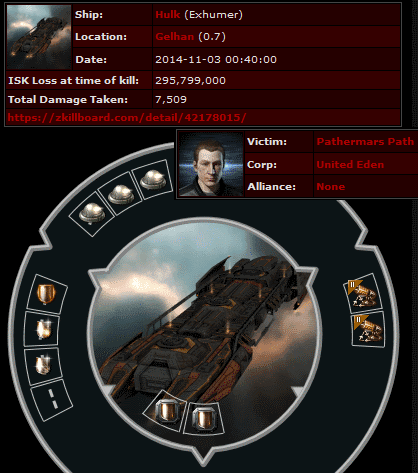 Yet the suicide Hulk was not truly a suicide Hulk at all. CONCORD never arrived. Kalorned had no choice but to keep the miner bumped out of warp alignment while his light drones did CONCORD's job.

CONCORD's inactivity puzzled our hero. Kalorned doesn't believe he was criminally suspect or had a kill right activated against him. Kalorned's understanding of the situation seems to be confirmed by the fact that Arttu's stealth bomber was CONCORDed when it tried to join the Hulk in the attack against Kalorned. This must be considered one of EVE's unsolved mysteries. If you have any information on this case, write to us at MinerBumping. You need not give your name.

A few days later, Arttu had forgotten all about the loss of his Hulk and stealth bomber. He'd also forgotten about Kalorned's new kill rights. Arttu's Orca and his alt's Hulk left the safety of their POS and began stealing ore from a belt. Kalorned activated the kill rights on the Orca and the Hulk alt, and he tackled them both. At the moment the Orca was tackled, Arttu suddenly became interested in a grand anti-Order alliance. His fellow miners ignored him.

Arttu attempted to bribe our valiant Agent. Though Kalorned was holding a Hulk and an Orca worth about a billion isk, Arttu would only spare 20 million isk for ransom. My word, carebears are getting so stingy these days.

Arttu had the last laugh. He deprived Kalorned of an Orca killmail by self-destructing. At least, that's what Arttu thought would happen, despite being warned otherwise. Self-destructed ships still produce killmails. This didn't used to be the case, but the system was changed to be more intuitive for new players. 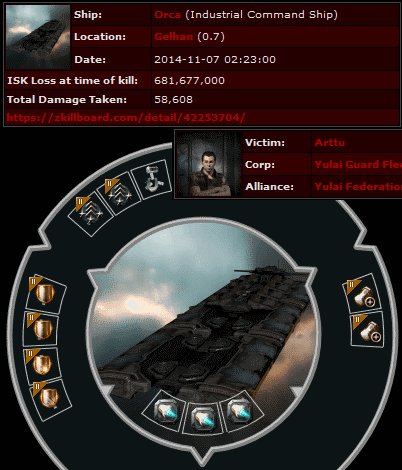 The lovely Orca killmail reveals Arttu's anti-tanked bot-aspirancy. Arttu's alt's Hulk was also destroyed. You can witness the glorious battle for yourself: It was immortalized in the The Code Is Forever #10 YouTube video.

Satisfied by the enforcement of the Code, Kalorned returned to station for a well-earned rest. Arttu had lost a billion isk and the ability to mine in the system. As long as Kalorned was around, he was too petrified to leave his POS. He consoled himself with an "As long as you're bumping me, you aren't bumping anyone else" Miner Bingo variant.

Arttu also kept himself busy by fantasizing about being a good EVE player. Carebears, there's no need to do this. You could become an Agent of the New Order right now and bring your fantasies to life!

Before the "you're picking on new players with billion isk mining ships" crowd becomes too restless, I must mention the secret that Arttu revealed. He has been playing EVE on the Arttu character for nine years. Yes, it's another person who has spent most of a decade mining ore in highsec. His encounter with the New Order was the first memorable experience he's had in this game.

The New Order won the day. Kill rights were used to create content, rather than discouraging it. The bad guys were blown up and the Code was upheld. The highsec experience got a little sweeter. No wonder EVE players are starting to get more optimistic these days.
Posted by MinerBumping at 19:05