No Tower Can Withstand the Code

The New Order takes a keen interest in the welfare of everyone in highsec. This interest manifests itself in many different ways, but one of the most important is education. We never stop teaching carebears about game mechanics--and busting the myths to which they so often cling.

One might say the New Order's educational services disproportionately benefit new players. Although we care deeply about new players, the truth is that an old carebear knows little more than a new one does. Frankly, the old carebear probably believes a lot of myths that the new carebear hasn't heard yet.

And so it was that a group of highsec content creators set out to disprove the myth that large POSes are absolutely safe in empire space. 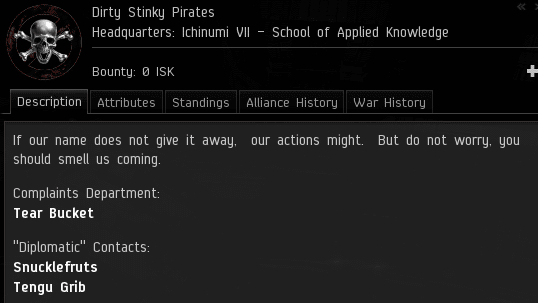 Agent Tengu Grib joined his friends in the Dirty Stinky Pirates corp on their expedition against a group of rebel carebears. The rebels' corp was called Madagascar inc., and it had been reported that they were engaged in acts of extreme bot-aspirancy. 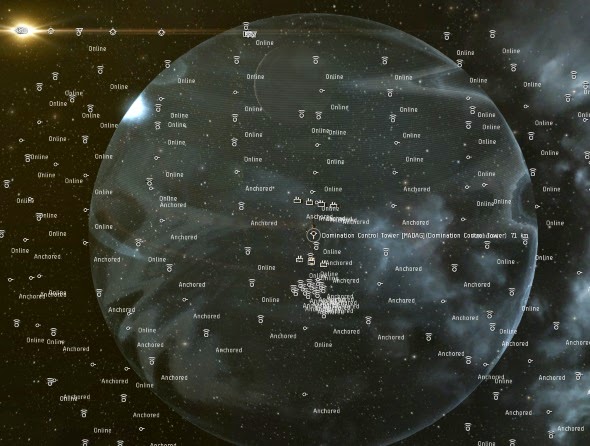 The reports were true, terrifyingly so. The rebels constructed a series of towers in Niyabainen, a 1.0 security system. The towers were surrounded by countless faction modules meant to keep the towers even safer. It was a monument to bot-aspirancy.

There were no defenders, as the towers, each sporting an impenetrably thick skin of EHP, were meant to defend themselves with their endless array of modules. Dirty Stinky Pirates declared war and sent an elite force headed by its CEO, Snucklefruts. 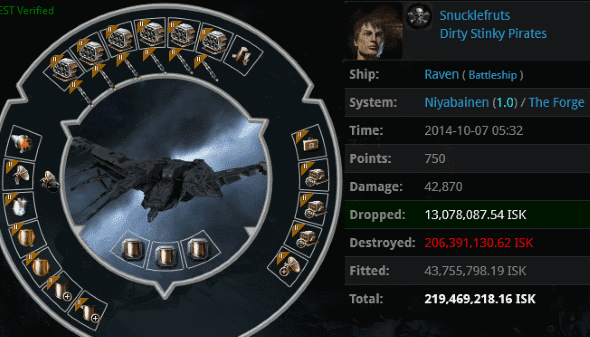 The expedition appeared to be doomed from the start. Though Madagascar inc. had no pilots in sight, the towers' automated defenses were deadly. Like a good bot, the tower had defended itself. Was this the future--a highsec ruled by the AFK? 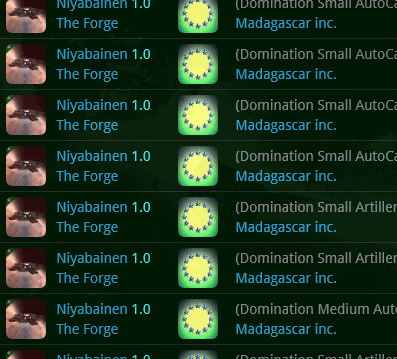 The New Order never gives up. Not while there are still humans playing EVE at their keyboards. The Dirty Stinky Pirates regrouped and systematically reinforced the towers. There was no interference from Madagascar inc. carebears, who were all AFK. When the towers came out of reinforced, our heroes returned. Then the towers and their faction modules began to fall, one by one. 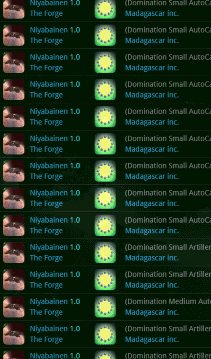 As I said, there were a lot of faction POS modules on those towers.

A lot. Pages of them, in fact.

In all, 182 structures, including the towers, were destroyed. The damage total was over 22 billion isk. 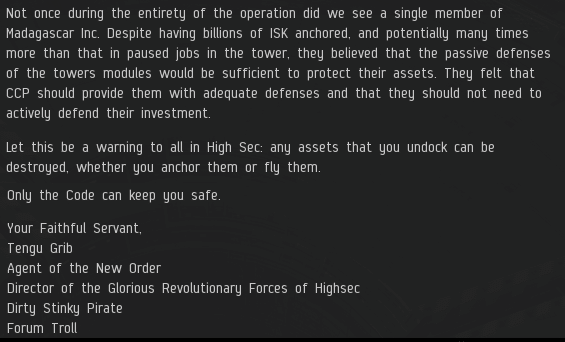 The Madagascar inc. carebears never did show up, not to aim the guns or even to evacuate their assets. Theirs was an AFK war. They put their trust in bot-aspirancy and the safety of highsec. All of their assets were wiped out. In the end, they lost everything. Well, almost everything. Though they had disgraced themselves, they remain under the grace of the Code. I will still allow them to renounce their carebearism and pledge loyalty to me. When they do so--and I have no doubt one day they will--the former carebears will be allowed to join highsec society as members of the New Order family. At last, they will be a part of something worth building.
Posted by MinerBumping at 19:50