The Code, at its core, is about truth. The New Order, which upholds the Code, is therefore also about upholding the truth in highsec. This is a valuable service indeed: Highsec is filled with rumors, lies, and myths. Let us take this opportunity to examine some of the myths busted by the New Order during the week of October 26th @ 00:00 EVEtime through November 1st @ 23:59 EVEtime. 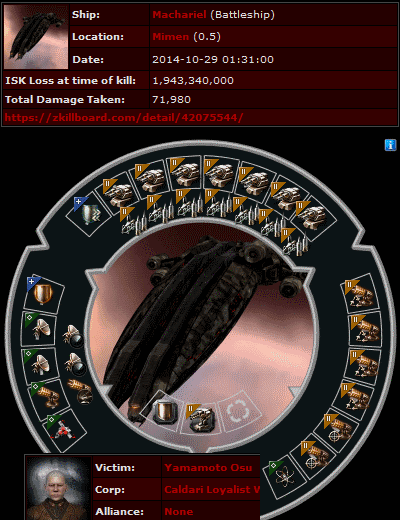 The New Order doesn't kill incursion runners, right? Wrong. Yamamoto Osu found this out the hard way. His 1.9 billion isk Machariel went up in smoke when he was caught tapping the isk faucet that is the highsec incursion. If you can believe it, Yamamoto didn't even have a permit! Agents loyalanon, Zane Arnolles, Mildron Klinker, iZaEaRl, Walter Kramer, John E Normus, Jorge Chelien, Lino Crendraven, Elpidio Mileghere, Pedrinho Orlenard, Teodoro Annages, Sophia Soprano, Aloisio Deninard, Szandor Aldent, Pio Tivianne, Modesto Andedare, and Feliciano Antollare gently reminded him of his obligations--which he implicitly agreed to when he entered my territory. 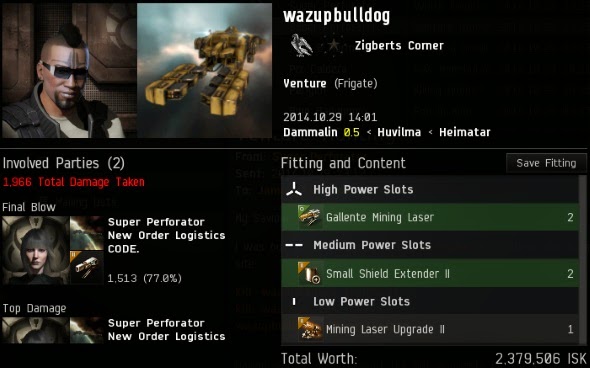 wazupbulldog's cheap little Venture was popped by Agent Super Perforator. The miner lacked a permit. Was this another case of the New Order bullying "new players"? I suppose that depends on what you mean... 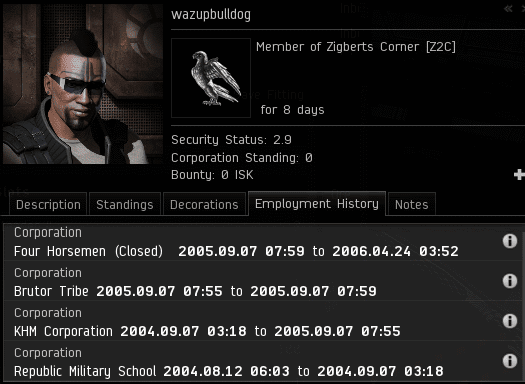 ...Because this "new player" has been playing EVE for more than 10 years. There are EVE players who haven't even been alive that long. (Most are highsec miners, although I suppose even a 9 year-old child would soon tire of it.) 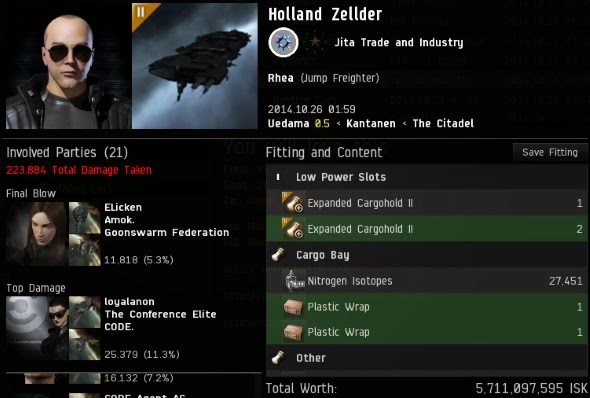 Holland Zellder strongly believed in the importance of a large cargohold. He wasn't so convinced about the usefulness of a strong tank. With three anti-tanking cargo mods, he was ready to haul around his bulky cargo... 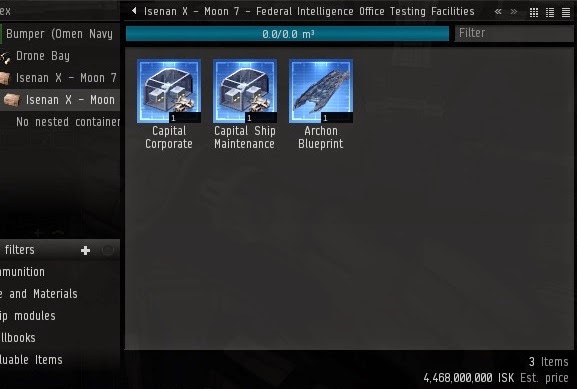 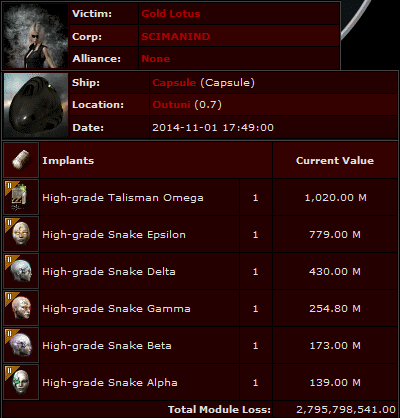 Gold Lotus had a dark secret hidden inside her Mackinaw: Snakes! She probably thought she'd need the extra speed when she left highsec one day. But like many highsec miners we encounter, that day never came. She was fully bot-aspirant by the time Agent Xia Absent found her. With the expensive implants out of the way, Gold Lotus is free to make a fresh start. 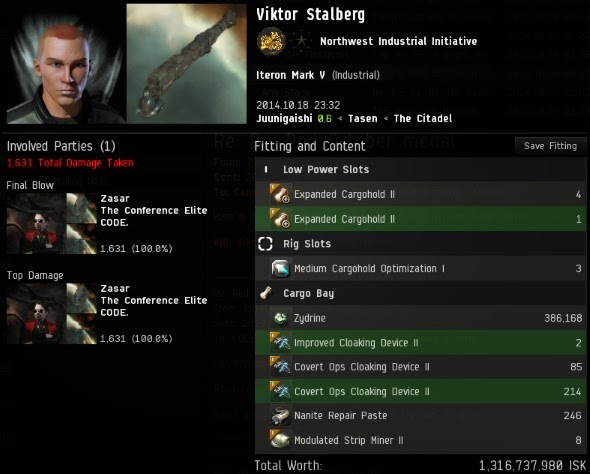 I was given this killmail late, but it was worth the wait. Viktor Stalberg was AFK autopiloting in an octuple-anti-tanked industrial ship. What could go wrong? A lot, as it happens. Agent Zasar destroyed the ship, along with its 1.3 billion isk cargo. Included in the cargo were 301 cloaking devices. What was he trying to hide?

SoSB Interstellar corporation is one of the thousands of highsec corps that takes anybody, even new players. According to the corp's website (which is a Google Docs slide show) they don't even demand money from their members. Still, one must wonder if SoSB Interstellar provides the kind of New Player Experience (NPE) that leads to player retention and more money for CCP. What does the corp offer? For one thing, the CEO, Euclideus Pythagoras, gives the miners free Orca bonuses. 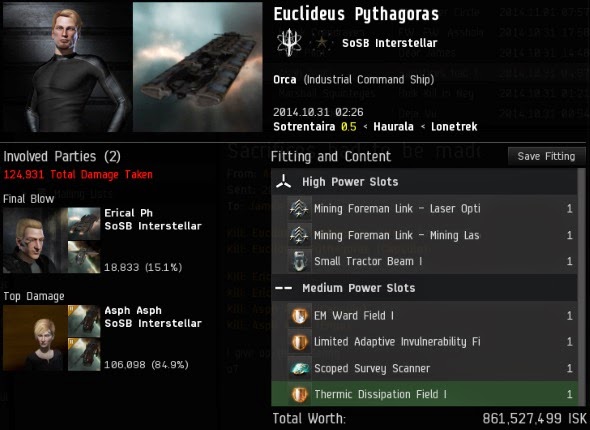 Agents Asph Asph and Erical Ph came for the mining op--and stayed for the Orca killmail. Now that's what I call a New Player Experience! 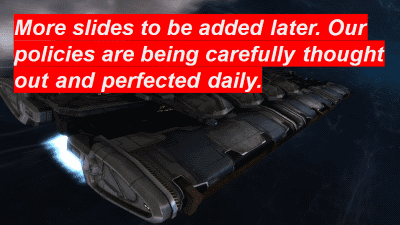 SoSB Interstellar may still need to "perfect" its recruitment policies. On the other hand, they could always cry to CCP for invulnerability. Once awoxing is removed from highsec, I'm sure corps like SoSB Interstellar will be able to teach new players the excitement of AFK mining--without having to worry about things like spaceship combat and guns and explosions (which I'm told new players hate). On the other hand, perhaps what the carebears think new players want is, in fact, yet another myth.
Posted by MinerBumping at 21:07