They Look to EVE for Inspiration

When people think of EVE, they think of the New Order. But what do people feel when they think of us? Proper EVE players love us, of course. Carebears are a work in progress. In their various stages of bot-aspirancy, they look upon us with fear and respect, and are on their way toward love. Then there's the question of what people who don't play EVE think and feel about us. You don't need to ask Ripard Teg's female relatives to find the answer. You only need to look at other games' forums.

Dr Tyler discovered something remarkable about the community of a game called "Elite: Dangerous". The game is in its early stages, not yet ready for a full release. The game has spaceships. It has miners. And when you put those two things together, you get... 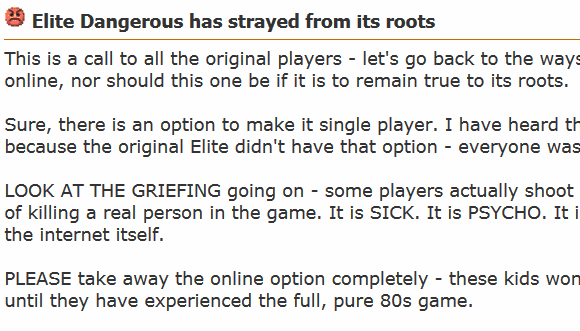 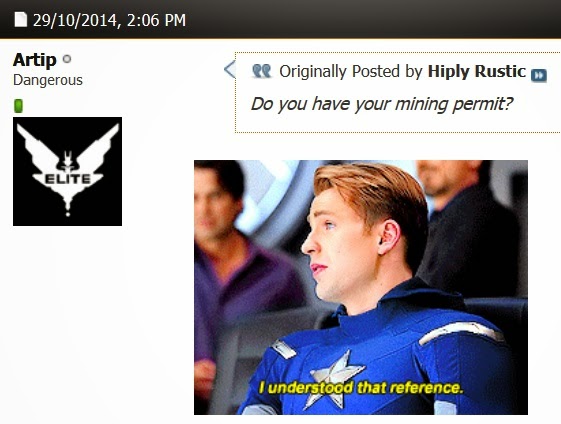 It appears the New Order of Highsec inspires people even beyond the EVE galaxy.

Highsec's Saviour, too, is given his proper due. Can you imagine a day when every multiplayer game on the internet is filled with enthusiasm for the Code?

Meanwhile, the permabanning of certain highsec content creators has had an unintended consequence. These Agents are no longer able to enforce the Code in EVE's highsec, so they must find purpose elsewhere. I received the following e-mail from Sophaya Fortelleren, one of the victims of September 10th:

I speak from beyond the grave. As CCP's banhammer fell, I awoke to find myself in the afterlife, this afterlife seems to be called Archeage, and is full of carebears. Knowing this, even in death I decided to take up the cause of the New Order and adorned my pirating ship with a symbol to represent the New Order and the Code. I would like to share it with you thus and hope that perhaps the New Order on the plane of the living may find some use for it. 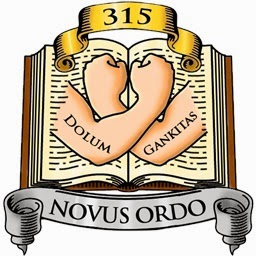 It's a New Order emblem (with a transparent background here)! Even more impressive, it didn't take CCP's legal team years to approve it.

DJentropy Ovaert met up with his fellow Agent in this "ArcheAge" game.


The New Order has been busy establishing a presence in ArcheAge. It's only been out a few months and is already infested with carebears who "just want to be left alone" - but never fear, the New Order is there to remind them just what a sandbox is all about :)

Much love to all the brave agents in both EVE and Archeage :) 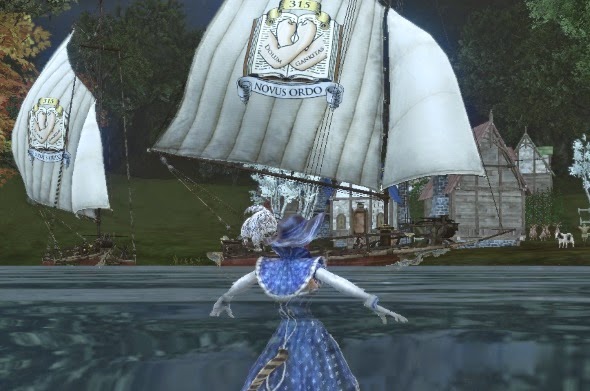 For those who have quit EVE after being ganked, other games represent a second chance to discover and embrace the joys of the Code. May our seeds be planted far and wide.
Posted by MinerBumping at 20:33