During this, the "New Order era" of EVE, there have been many attempts by carebears to create anti-Order rebellions. So far, all of the resistance movements have been small and short-lived. But the New Order ganks tens of thousands of carebears, and we inflict many trillions of isk in damages. It has been theorized that all the small rebellions have been mere tremors, signs of the "Big One" to come. According to the theory, a rebel leader will eventually emerge who can unite the disparate carebears together into a singular, unstoppable force. 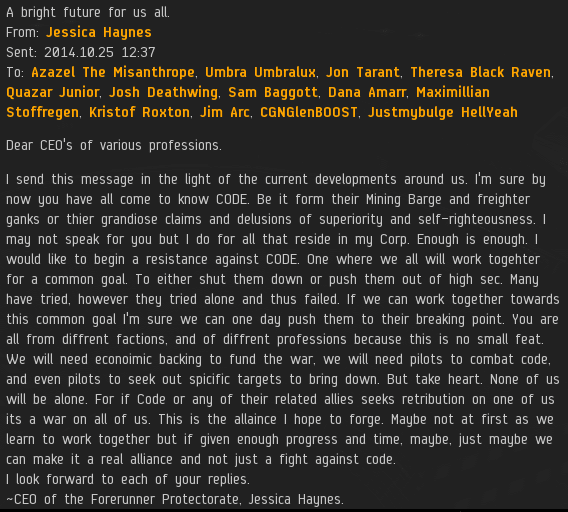 At last, Jessica Haynes stepped onto the stage. She made it her mission in life to bring together members of the different carebear professions and put a stop to the New Order. Her proposal was forwarded to numerous CEOs. The mailing list was impressive--it was a "Who's Who" of people I've never heard of. This was it. The Big One. Jessica Haynes had studied the failed rebellions of the past and learned why they all failed. She promised the CEOs "a bright future for us all." New Order Intelligence intercepted the EVEmail. Agent loyalanon asked Jessica some pointed questions; he was concerned her plans might interfere with some provisions of the Code. Jessica responded: 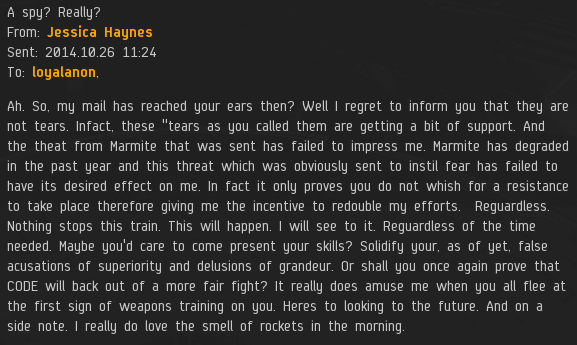 Jessica's resistance movement faced its first test. For many carebears, the slightest interaction with an Agent of the New Order is very intimidating. They crawl back into their holes and go AFK. Jessica had gotten an EVEmail from loyalanon. Would she cancel her project? 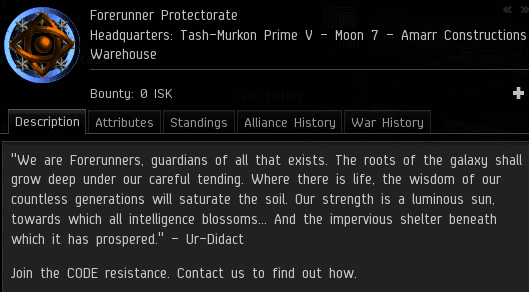 She would not. In her inaugural EVEmail, she said she spoke not only for herself, but "for all that reside in [her] Corp." The Forerunner Protectorate held firm. Now it was time to wait and see whether the carebear CEOs would offer Jessica their support. 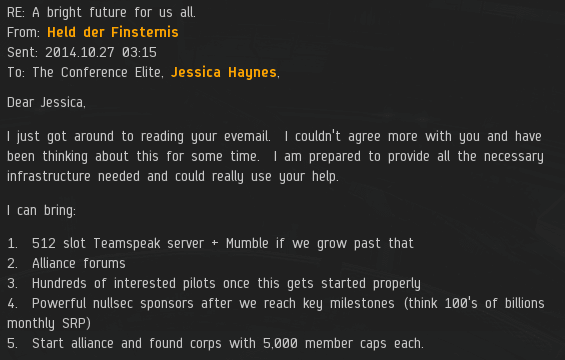 It didn't take long. Rebel leader Held der Finsternis was enthusiastic about the project. He was willing to provide the resistance with some heavy-duty infrastructure, which was badly needed.

However, Held der Finsternis' offer came with some strings attached. It was time for Jessica Haynes to make her first big decision as the leader of the rebellion.

Jessica suggested a compromise. She was willing to provide Held der Finsternis total access to her private communications, but not to her finances. Nor was she willing to step aside as the CEO of the Forerunner Protectorate. 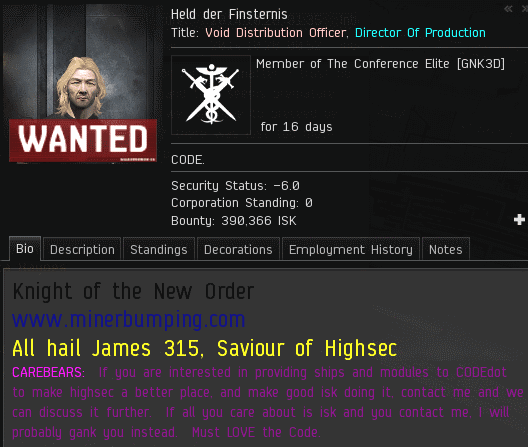 ...which was probably just as well, since Held der Finsternis' credentials as an anti-Order rebel leader were a bit sketchy. 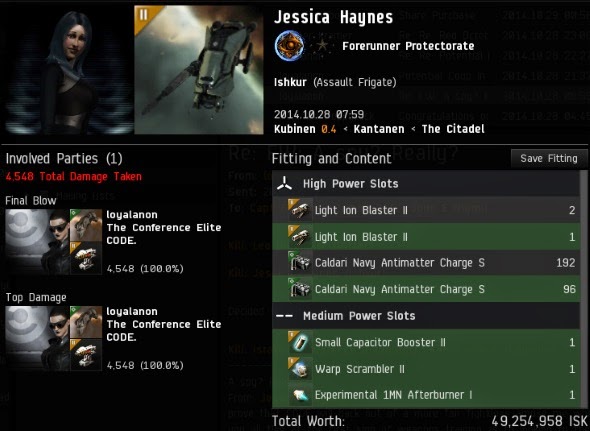 CODEdot declared war against the Forerunner Protectorate. Jessica fled to lowsec, seeking refuge. She was pursued and shot down. The New Order's goal is to save highsec, but we don't believe in allowing our enemies to have a safe haven during wartime. That would be crazy. 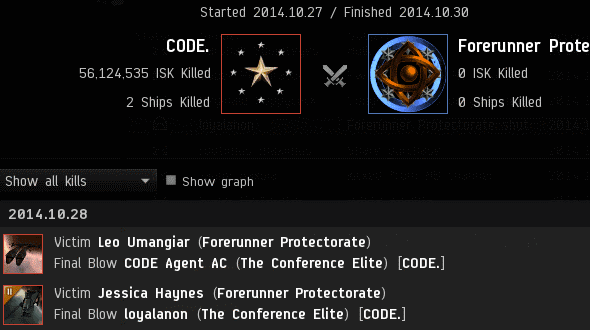 After two grievous losses totaling over 56 million isk, the Forerunner Protectorate was tapped out. They were ready to call it quits. 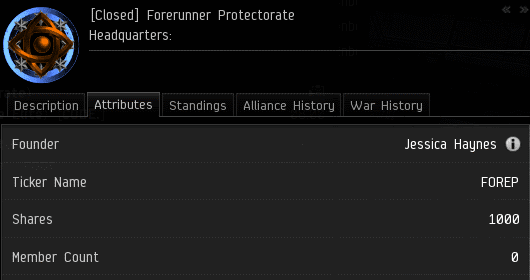 Why did the rebellion fail? It's simple, really. Jessica Haynes promised the carebears a "bright future". There's only one organization who can make that promise, and it's the New Order of Highsec. We have a monopoly on bright futures.
Posted by MinerBumping at 18:45