Highsec is a pretty amazing place. The trade routes are bustling and full of energy at all times. It has a wonderfully diverse community. It's incredibly welcoming. And yet, at the same time, we know that not everyone in EVE is cut out for highsec. Some people aren't ready for proper highsec play. We recommend that those individuals relocate to lowsec. In the meantime, we must kill them. Let's look at some of the players who weren't quite up to highsec standards during the week of April 5th @ 00:00 EVEtime through April 11th @ 23:59 EVEtime. 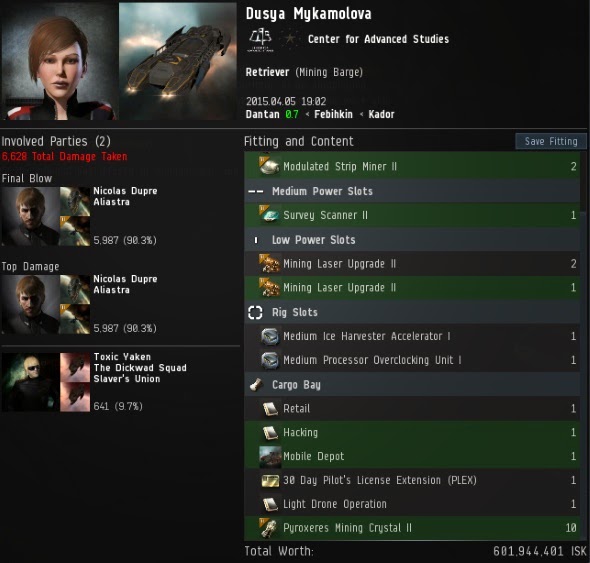 Remember when everyone was up in arms over CCP's plans to sell expensive pants and monocles? These days, PLEX seem to be used as a status symbol. Instead of cashing them in at the station, carebears carry them around everywhere. Dusya Mykamolova was busily mining in a Retriever and flashing his PLEX. Agents Nicolas Dupre and Toxic Yaken came to the rescue. 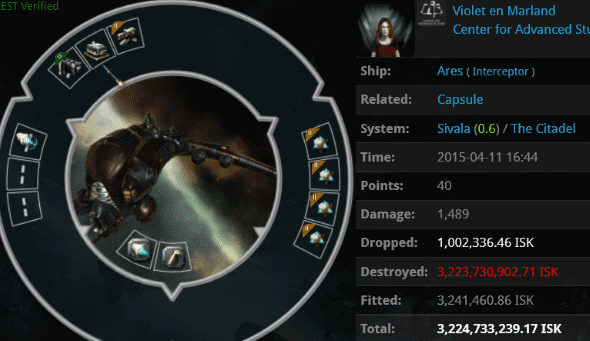 Another shocking example of decadence came from Violet en Marland, whose 3.2 billion isk travel-fit Ares was ganked by Agent PV Rock. What's a travel fit without a permit?

The Ares contained four PLEX! Along with Violet's 500 million isk pod, which PV also ganked, the bot-aspirant lost 3.7 billion isk in an instant. Not realizing that the PLEX were destroyed rather than dropped, Violet convo'ed PV and demanded their safe return:

The angry carebear insisted that she be paid, otherwise she'd file a petition against PV Rock.

PV was right about one thing: There was no cause for reimbursement by CCP. But then Violet began copying the GM's response to her petition into the chat window. It made for interesting reading. According to the alleged correspondence, the GM acknowledged that there was no reason for reimbursement under the rules, but that a one-time exception was being made anyway.

Does CCP have a secret reimbursement policy for first-time gank victims, at least when they lose PLEX? The only way to find out is to keep ganking everyone who carries PLEX. 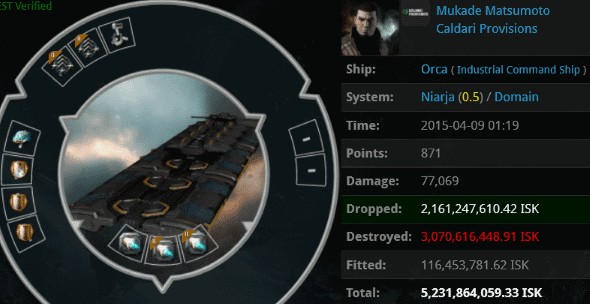 Once upon a time, Mukade Matsumoto had an Orca. He also had 4.5 billion isk of other in-game possessions, which were all stored in his Orca. To keep them safe, Mukade equipped his ship with some shield tanking mods. He left his lowslots empty. Maybe this was because he knew cargo expanders would decrease his ship's hitpoints. On the other hand, bot-aspirancy was probably to blame. With just a trio of Catalysts, Agents Kahvegi, Jason Kusion, and Braggs Seyllin hyper-dunked the Orca and put an end to Mukade Matsumoto. 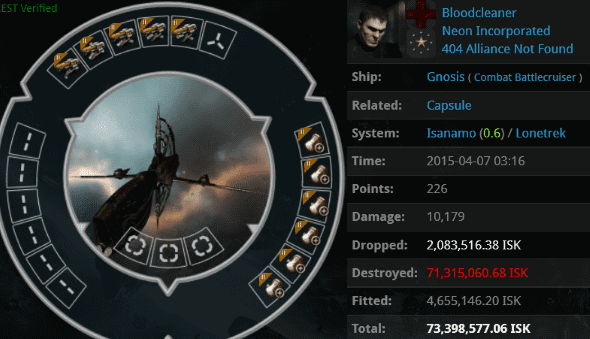 I've often said that there are two conflicting visions for EVE. They cannot coexist. Bloodcleaner and his mining Gnosis are representative of one of these visions, the one held by carebears. In case you were wondering, their vision is the wrong one. Agents loyalanon and Sophia Soprano removed Bloodcleaner's abomination from highsec. And people ask how we're improving the game? 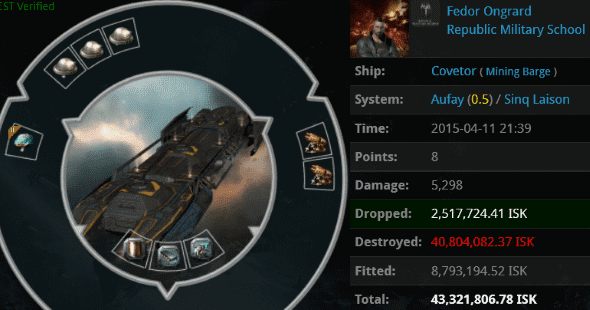 Fedor Ongrad's Covetor is nothing special, at least not until you see how Agent Piz Caldera killed it...

The Covetor was filling up a jetcan, which Piz's Venture repeatedly emptied. After Piz confiscated seven loads of ore, the miner became angry and sent drones against him. Naturally, our Agent prevailed in battle. This is the other vision of EVE: Our enemies make combat ships mine for them. We make mining ships perform combat. 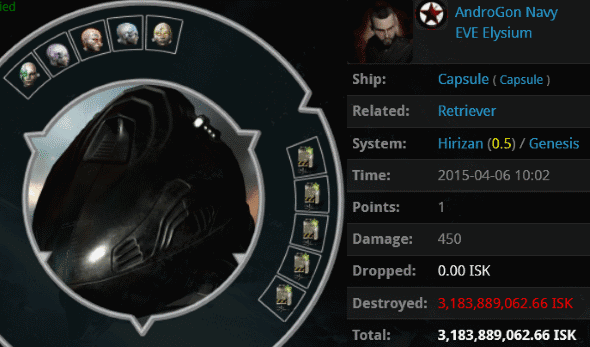 AndroGon Navy lost a staggering 3.1 billion isk of implants to Agent Mildron Klinker. Much of the value came from high-level gunnery implants. At a certain point, AndroGon lost his way and took up mining. He didn't need the gunnery implants, so they were removed. Incidentally, he was using a 37 million isk Retriever at the time. No permit. 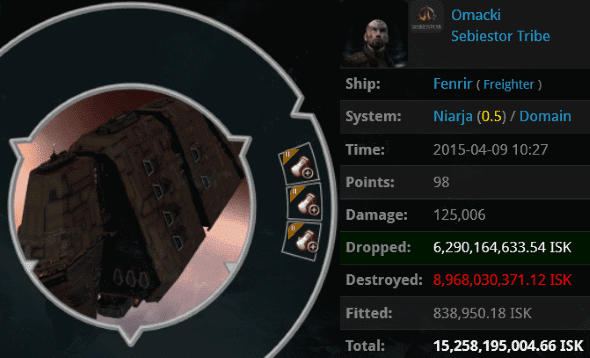 Omacki was puttering around in an anti-tanked freighter filled with 14 billion isk of cargo and more Plastic Wrap than a DuPont factory. This drew the attention of Agents Rehtom Lamina, Benchab Mas, Ikolo, Alex Gianturco, Dungar's Sister, Gad'ui, Aldarr Mentakk, Alexander Mittani, Jay Amazingness, and BAE B BLUE, who readied their weapons as Omacki was being bumped senseless.

Fearing the loss of his cargo, Omacki woke up and paid a fee of 1 billion isk. Unfortunately, it was too little and too late; the sacrifice of Omacki's ship was required. Most carebears would start raging in local, if they hadn't been raging already. But Omacki took the loss well. His good behavior was rewarded in ways he never could have imagined... 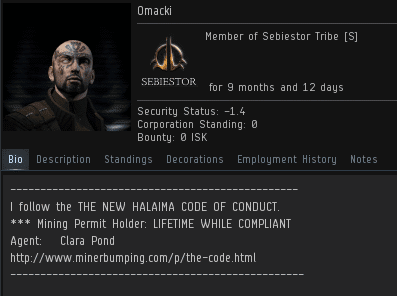 Agent Clara Pond credited the 1 billion isk ransom toward the purchase of a lifetime mining permit. A billion isk is 100 years' worth of mining permits, so it all works out--barring any unforeseen extension of the human lifespan. As long as Omacki obeys the Code, he'll have a permit for the rest of his life. Now he's ready for highsec!
Posted by MinerBumping at 20:24