Strap in, folks, we've got some big news incoming. 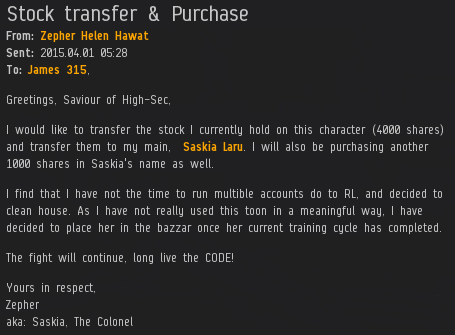 Saskia Laru purchased 1,000 additional shares, which sent us over the 579 billion isk mark. The big news is, she earned a Supreme Protector's Tip of the Hat™ for this achievement. It's big news each and every time the Supreme Protector's Hat gets Tipped. Let's not lose sight of that, even though it happens frequently these days. 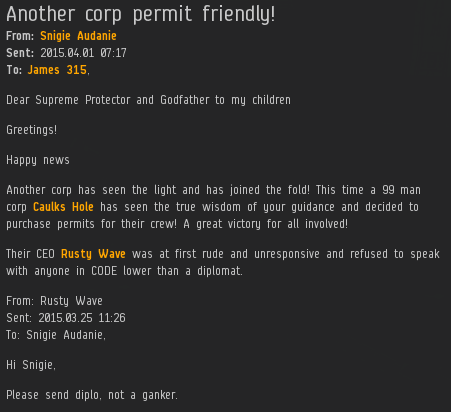 In other news, a touching story from Agent Snigie Audanie. Skeptics said it was impossible to sell mining permits to an entire 99-man corporation. It didn't look good, at first. 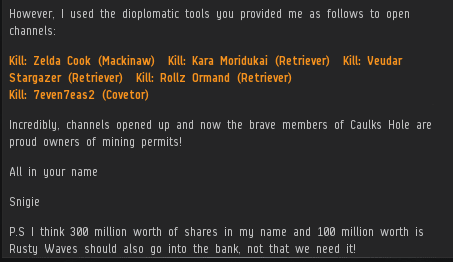 ...But when you set an example with the Code, good things happen. 99 permits sold! Well played. Let's hope Caulks Hole Enterprises successfully makes the transition to Code-compliance. It would be a shame for them to spend all that money and lose out on the benefits because they weren't all-in on the Code.

On an unrelated note: I'm not spoiling anything, but readers might want to take extra care not to miss the upcoming Kills of the Week post. I have a feeling it's going to be... eggcellent.
Posted by MinerBumping at 22:16