Over the past few weeks, there has been a lot of conversation on the subject of proper ship fittings. We know that the Code expressly forbids certain types of ship configurations. For example, a Code-violator might slap some modules on a ship with the attitude, "Eh, why not? It's highsec. I'm safe here, so who cares?" That is an insidious form of bot-aspirancy. Sadly, it's all too common. The New Order is here to put a stop to that nonsense. Consider the following kills from the week of April 19th @ 00:00 EVEtime through April 25th @ 23:59 EVEtime... KILLMAIL
When he chose his character name, Guthawk Badassdom probably assumed he would have an exciting career as a gutsy combat pilot in EVE. Somewhere down the line, he abandoned his dreams in favor of highsec mining. Incredibly, his Covetor was worth 785 million isk before it was destroyed by Agents Seylene Ravlonov, The Occidental, and Chocolate Mooses.

Guthawk, if he learns at all, learns slowly. He was coming off a loss of a 524 million isk Retriever. 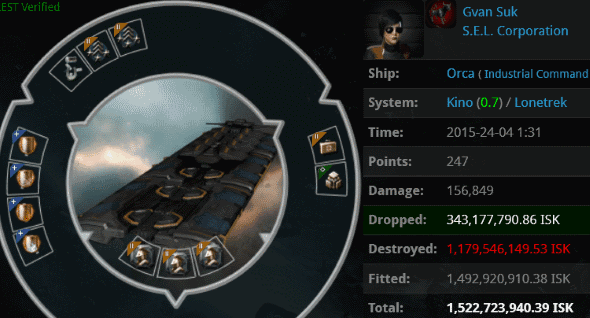 KILLMAIL
Gvan Suk was flying an Orca worth 1.5 billion isk. To her credit, it was tanked up. However, in addition to forgetting a permit tank, she forgot about something we might call a "wardec tank". She knew a wardec was about to go live, but she wanted to squeeze in every last minute of mining that she could before the wardec began. Big mistake. Agent Alana Charen-Teng checked in early and kept the Orca tackled for 30 minutes by bumping it senseless. Then the wardec went active. Alana and Agent Cannibal Kane unleashed their weapons to destroy the wretched Orca.

Indeed, Alana and her fellow wardeccers were busy. They also took down Gary Gaterau, who lost his third orca this month. Alana explains:


Gary Gaterau is a multiboxing ice miner based around Jaschercis and Vaurent of Gallente space. I spied him and his alt trespassing in an icebelt with an Orca and Charon--clearly up to mischief! He had several out-of-corp alts mining in Skiffs, who I could not attack directly. But after capturing his two prized hauling ships, I demanded he contract me two of his Skiffs, which he did. Rest assured, those two Skiffs will be dealt with appropriately. As for the haulers...
Kill: Gary Gaterau (Orca) Kill: Madeleine Gaterau (Charon)

Following this debacle, Gary Gaterau left me with an ominous message...

You will pay for this. It was wardec, you didn't keep to an agreement. I'm a man of my word you are a losy bitch without honour. I will remember that.

Gary's memory probably isn't as good as he thinks. Three Orcas lost to wardecs in one month is a lot. 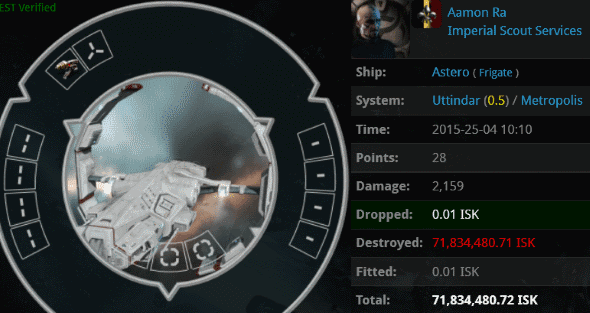 KILLMAIL
Nothing says, "Who cares? It's highsec, so nothing matters!" quite like Aamon Ra's troll-fit Astero. Agent Tisiphone Dira was appalled when she discovered it was fit with nothing but a civilian pulse laser. A civilian mining laser was discovered in the cargo--unlicensed, naturally. 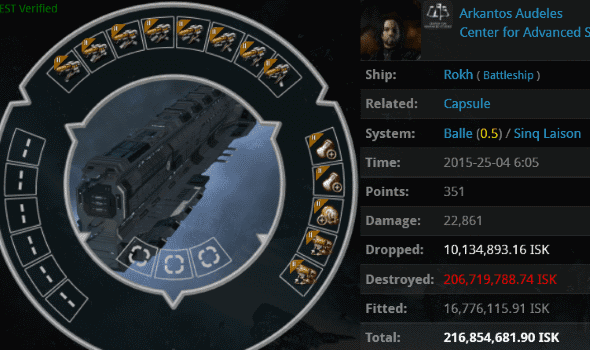 KILLMAIL
This one is really painful for me. Arkantos Audeles was busy mining in a 0.5 system with an anti-tanked battleship. Everyone knows how I feel about this sort of thing. Agents Jaxi Wreckful and Lament von Gankenheim did their best to quietly remove the abomination from highsec, but the damage was already done. And it would only get worse... 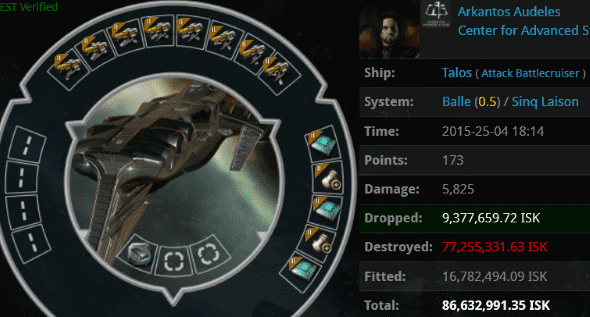 KILLMAIL
Several hours later, Arkantos Audeles returned to the same system in a Talos, a ship normally used for ganking in the name of the Code. I'm convinced that Arkantos was flying this ship as some kind of political statement. But obscenities of this nature have no place in highsec politics. Agent Piz Caldera was alerted to the crime and did his job well. 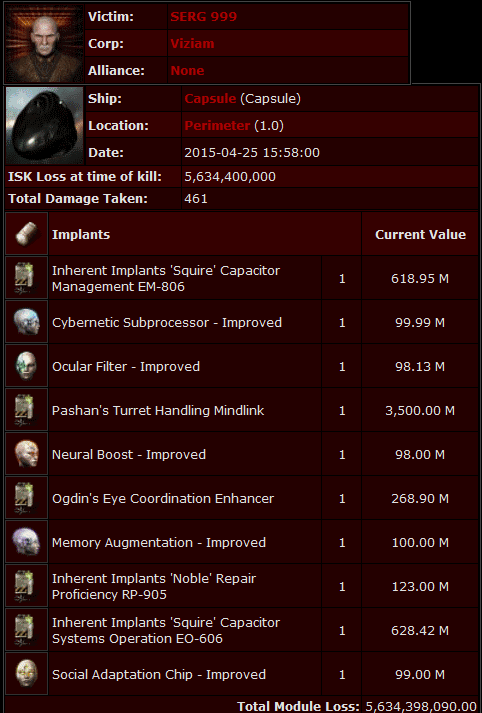 KILLMAIL
SERG 999 had 5.6 billion isk worth of implants in his pod. How did he choose to protect his investment? By going AFK and autopiloting in a naked pod directly through the heart of New Order territory. It was just a matter of time before he was stopped by Agent Aaaarrgg. If only SERG had made his acquaintance before wasting so much money.

As you can see, we've still got a lot of carebears who keep making the same mistakes over and over. A lesson in efficiency: Their time would be better spent reading the Code over and over again.
Posted by MinerBumping at 19:35