The Most Shocking Confession

The New Order does not commit acts of senseless violence. All of our violence is perfectly sensible. Because carebears understand that the kills are motivated by the Code, each kill we earn has its own ripple effect. Highsec may be pictured as a space covered in tens of thousands of our overlapping ripples. No wonder everyone in highsec is talking about us. 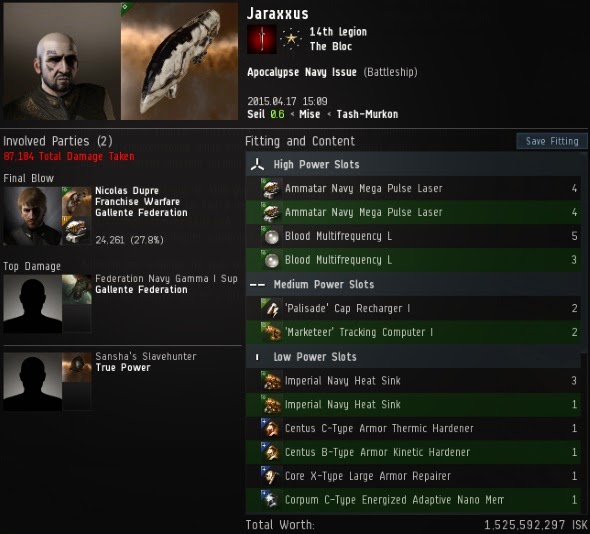 The death of Jaraxxus' faction battleship at the hands of Agent Nicolas Dupre was highlighted in the most recent Kills of the Week post. Jaraxxus was less than one month into the game before he lost this 1.5 billion isk battleship. 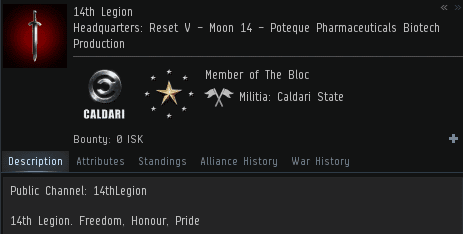 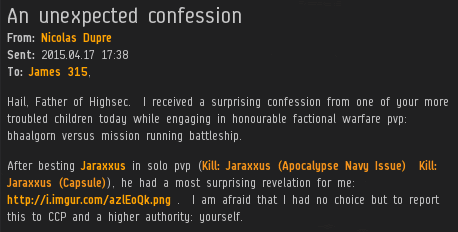 Jaraxxus was a little upset and confused about his death. He found the faction warfare mechanics to be unintuitive. (Somebody call the CSM!) As Agent Nicolas continued to keep Jaraxxus' pod warp disrupted, Jaraxxus logged off.

When Jaraxxus logged back in, Nicolas still had his pod tackled. He wanted to clarify the faction warfare mechanics that Jaraxxus had asked about. The carebear wasn't interested; he was preoccupied with thoughts about money. Typical.

It didn't take long for Jaraxxus to admit his guilt. He'd assumed highsec was 100% safe. Though his current character was new, he'd played EVE years ago, before the New Order was around to give highsec its current flavor.

The full magnitude of Jaraxxus' crime was extraordinary. He had decided to go AFK in a 1.5 billion isk battleship--while engaged in faction warfare--simply because that's what he thought highsec was for. He also claimed to be one day away from retirement. Everyone knows that's when you're at the greatest risk.

Agents of the New Order are natural educators. Nicolas explained, in detail, how he was able to operate in that particular area of highsec while engaged in faction warfare. Time for the carebear to thank him.

That's the thing about carebears. When they die, they say a game mechanic is unintuitive. Then, when they're told how the mechanic works, they don't care. They're not actually interested in learning about the game; they feel entitled to complete safety.

The next confession was enough to shock even the experienced Agent. Jaraxxus was in the middle of a standard "I'm a new player, woe is me" rant when he admitted to RMT'ing his previous character!


Nicolas Dupre > Wow, er, you realise that's a bannable offense and I'm going to have to report that, right?
Jaraxxus > report anything you like
Jaraxxus > As you said
Jaraxxus > you are a nice guy
Jaraxxus > You are a bitch

The carebear showed no signs of remorse for his EULA-violating behavior. He snapped.

The carebear raged. It's a shame he turned to madness so quickly--I'm curious about his claim that he had to RMT to "save his real life". It's so rare that a carebear produces an excuse no one else thought of before. 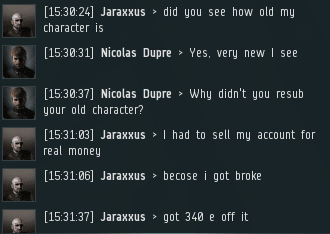 Nevertheless, Nicolas granted the carebear's request to be screenshotted and reported to CCP.

The New Order has always taken a strong stand against RMT. Carebears come from all different walks of life. Some carebears are lawyers, others are plumbers. Some are disabled war veterans, and some work on strawberry farms. Regardless of their real-life professions, all carebears come into the game as equals. Just as their real money should not give them an in-game advantage, their in-game activities should not be motivated by real money. The Code should be enough.
Posted by MinerBumping at 18:22