Highsec pride is a thing now. As in, "Highsec: Do you have what it takes?" Maybe not. During the week of April 26th @ 00:00 EVEtime through May 2nd @ 23:59 EVEtime, a lot of carebears and bot-aspirants turned out not to have what it takes. Welcome to the big leagues. 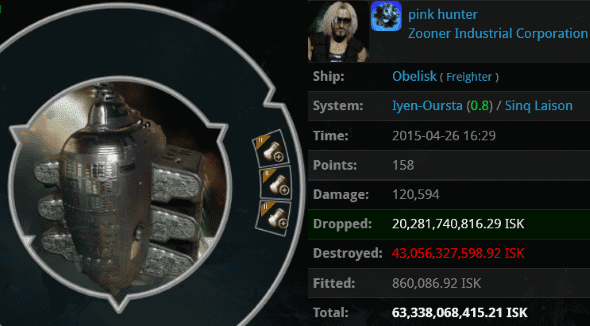 Agent Chocolate and his fellow gankers did highsec proud, bringing down the behemoth in a 0.8 security system. Local lit up:

Another valuable lesson for all the carebears out there: You never know when gameplay is going to emerge. 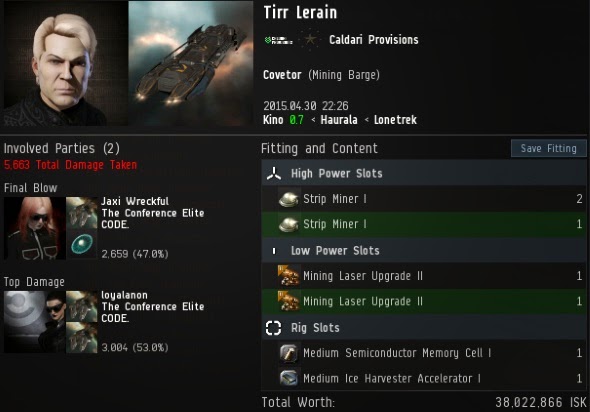 Tirr Lerain assumed he was flying under the radar, surrounding himself with a bunch of low-rent Covetors in Kino. Agents Jaxi Wreckful and loyalanon brought out the smartbombs: 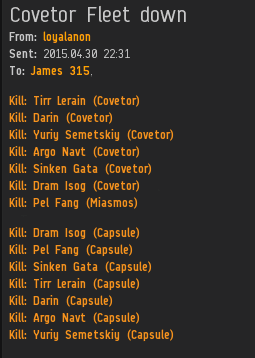 Approximately 1.2 billion isk was evaporated. It's rare for our gankers to field Megathrons, but when they do, watch out.

Blondieonsum is the latest pilot to follow the new trend of flying unfit ships around highsec. (See, e.g., this unfit Stratios.) The New Order isn't about following trends; it's about following the Code. Agent PV Rock K.O.'d the unfit frigate and was shocked by what he discovered: 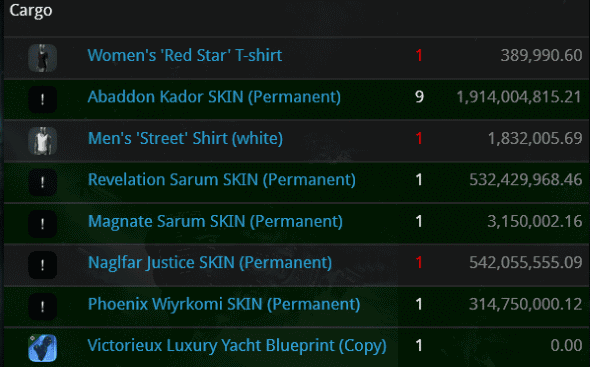 3.4 billion isk in cargo, plus some weird little Yacht blueprint. Nothing gets past the New Order.

When a tearmail landed in his inbox, PV Rock explained that the carebear was at fault, and he received this follow-up reply:

lol fair play though nice to have someone to hunt for a while you scum sucking lemming. You ain't know pirate your the lowest of the low. See you real soon!

Nice try, but our Knights are not afraid of unfit frigates. 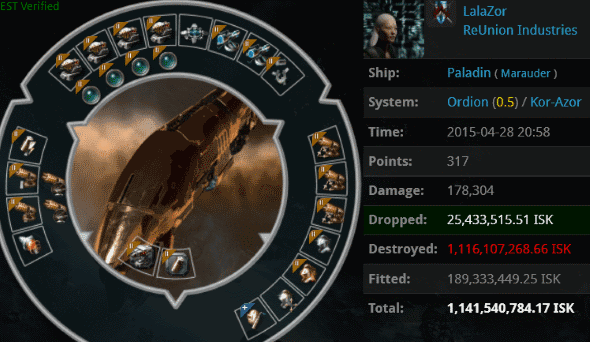 Speaking of knights, LalaZor was so proud of her new Paladin that she brought it out to fight in a wardec. She probably assumed that she was guaranteed to win, seeing as how the New Order never shoots ships that can shoot back. Wrong! We simply kill our enemies so quickly that they rarely have time to shoot back. Agents Cannibal Kane and Alana Charen-Teng won the battle and reminded the carebears of highsec that when the New Order wardecs you, it's best to dock up--and follow the Code. 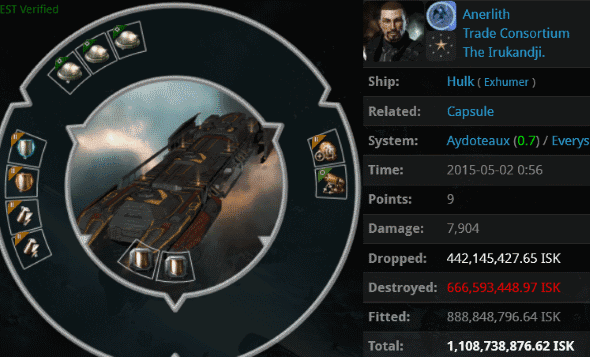 Meanwhile, Anerlith equipped 3 illegal ORE Strip Miners and went to town on an asteroid belt. It is my wish that no one should mine with such decadent equipment. Some people don't care about the Code, and care even less about my wishes. But to Agents Noll Kion, Lisa Tears, Randu Nardieu, AeleDeux, and Jaxi Wreckful, they're common sense. Since the Agents brought the firepower, they won the argument. 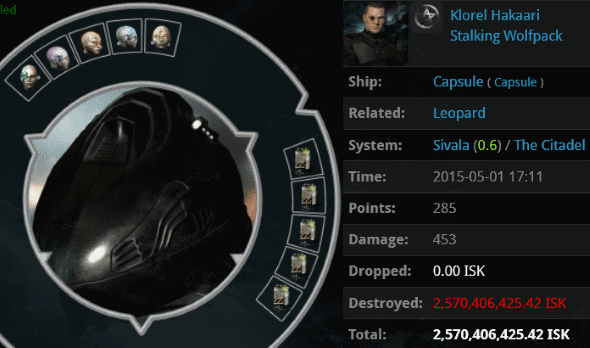 Klorel Hakaari had a pod worth 2.5 billion isk. He wasn't concerned about protecting it, though. His only concern was getting from point A to point B with as little effort as possible. Agent PV Rock knew better. In highsec, there are no shortcuts. All roads lead to the Code--or to oblivion.
Posted by MinerBumping at 19:31