Alliance Executor to the Rescue, Part 1

To understand highsec, one must first understand the Code. After that, you can look into things like geography, trade routes, the people who live there, the activities they engage in, and so on. MinerBumping has plenty of articles about the Code. Let's consider geography for a moment. Ready? Uphene is a system in the Everyshore region of Gallente highsec. At first blush, it looks like a random, non-strategic system. It's nowhere near a trade hub, it doesn't have ice, it lacks station services, etc. At second blush, well, it still looks like a bad place to set up shop.

But at third blush... 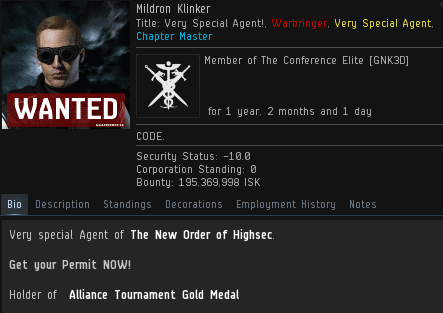 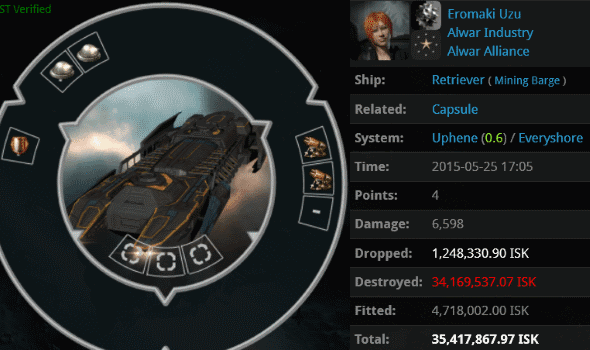 A few days ago, something told Mildron he needed to make the jump to Uphene. A New Order Agent's instincts are always on the money. He saw an out-of-control miner with a fail-fit Retriever and torched it. For good measure, Mildron saw to it that Eromaki Uzu's Capsule and Eromaki Uzu's Mobile Tractor Unit were taken care of, as well. 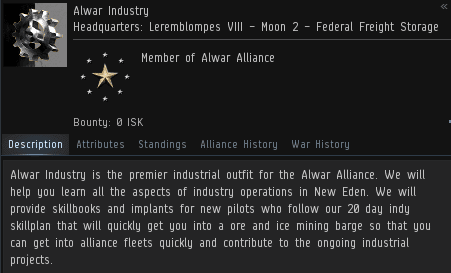 Whenever our Agents kill a miner, they investigate the situation to see if the miner is a symptom of a larger problem. Upon looking up the miner's corp information, Mildron developed real concerns. It was a highsec PvE corp that encouraged new players to spend all their time mining in highsec. The corp description glorified AFK mining in highsec as participation in "alliance fleets".

Worse yet, the alliance had an ore buyback program. Instead of trying to sell ore at a mark-up to buyers far from the trade hubs, or simply mining near a trade hub and selling there, the alliance told its members to go to Uphene and sell ore to corp leaders at worse prices than Jita. What a delightful experience for new players. 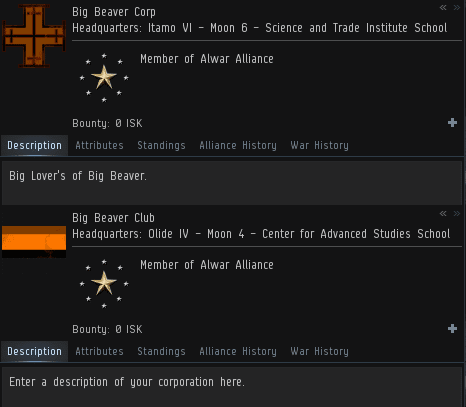 Highsec is filled with terrible industrial corps that serve no purpose other than being vanity corps for the CEO. Some have evolved into vanity alliances. This was the case for Alwar Alliance, which, in addition to its main industrial corp, had shell corps like Big Beaver Club and Big Beaver Corp. 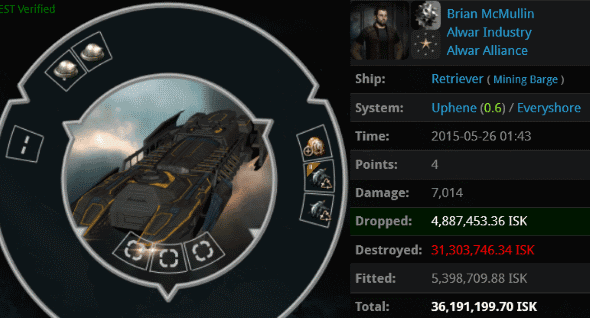 The next day, Mildron visited Uphene again. He encountered and killed Brian McMullin's Retriever. It was another member of Alwar Alliance. Alarmingly, Brian's Retriever had an even worse fit. Mildron made an appointment for the following day to give the Uphene system another check-up. 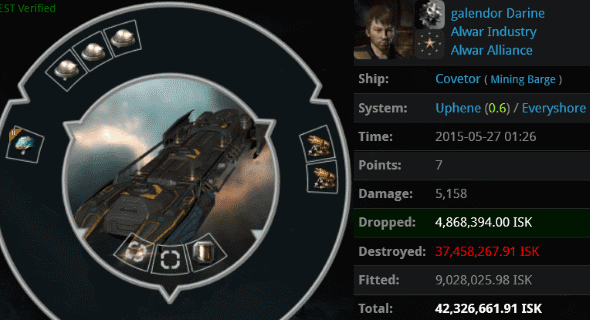 Within minutes of this gank, Mildron received a convo request from someone in Alwar Alliance. 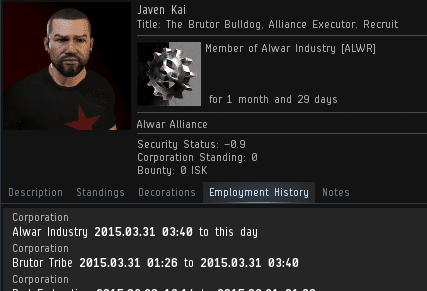 It was Javen Kai, the self-described "Brutor Bulldog". Javen was the executor of the Alwar Alliance. A four-year veteran of EVE, Javen's ambition was to build a highsec mining alliance. (Naturally.) By performing three attacks on Alwar Alliance miners in three days, Mildron Klinker had gotten Javen's full attention. Now the Mildron problem was the only item on Alwar Alliance's agenda. The alliance executor would need to handle this matter personally--to speak with the ganker one-on-one.

The Brutor Bulldog was not one to be trifled with.