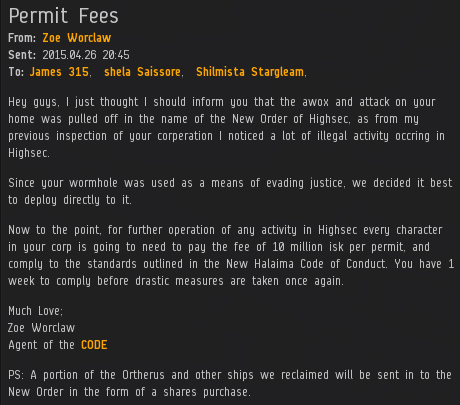 There is no safety for those who would reject the Code. Unlike the carebears who constantly threaten to hunt down our -10 sec status gankers, Agents of the New Order actually do track down criminals and bring them to justice. 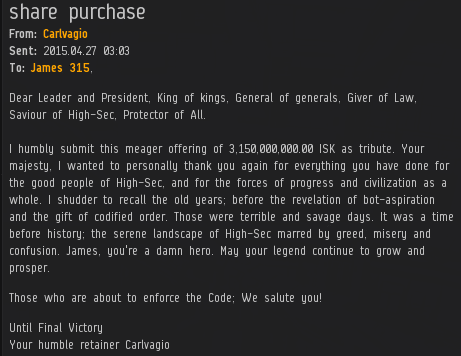 Carlvagio is already the third-largest shareholder in the New Order. He purchased an additional 3,150 shares and sent us over the 595, 596, and 597 billion isk marks, earning himself a Triple Supreme Protector's Tip of the Hat™. Was it done in preparation for a move toward the all-time #2 spot? Watch this guy.

Meanwhile, new shareholders are being minted around the clock. MZ-EVE Trald purchased 80 shares to start his account, and in doing so, sent us over the 598 billion isk mark. A Supreme Protector's Tip of the Hat™ is properly awarded.
Posted by MinerBumping at 18:09