Buying shares in the New Order is an incredible investment strategy. We go beyond the established norms of the world of finance--we make our own rules. And we're lovin' every minute of it. 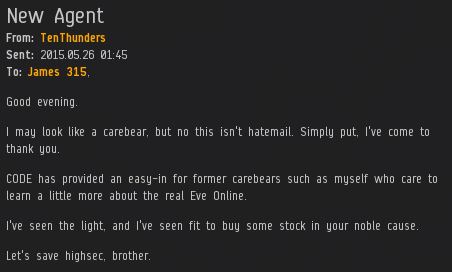 As Agent TenThunders proves, it's never too early or too late to put aside carebearism in favor of actual gameplay. 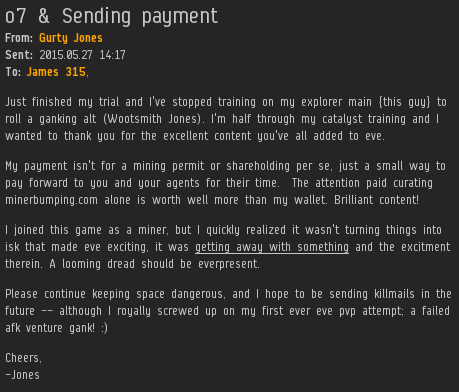 Skeptics claim that the New Order isn't changing anything, and that we're merely spreading misery among tens of thousands of highsec players. Tell that to all of the former isk-grinders we've rescued.

Meanwhile, our march of progress continues unabated. Annah Tsero purchased 315 shares and earned a Supreme Protector's Tip of the Hat™ for sending us over the 604 billion mark. Annah really knows what she's doing! Do you?
Posted by MinerBumping at 17:33