What's this whole New Order thing all about? Yes, we claim control of all highsec, but why? What's our vision for highsec? You could write volumes on the subject--and some of us have--but there are ways to simplify it. The tl;dr version is, we want to see highsec live up to its full potential. Now then, did highsec meet our expectations during the week of May 10th @ 00:00 EVEtime through May 16th @ 23:59 EVEtime? 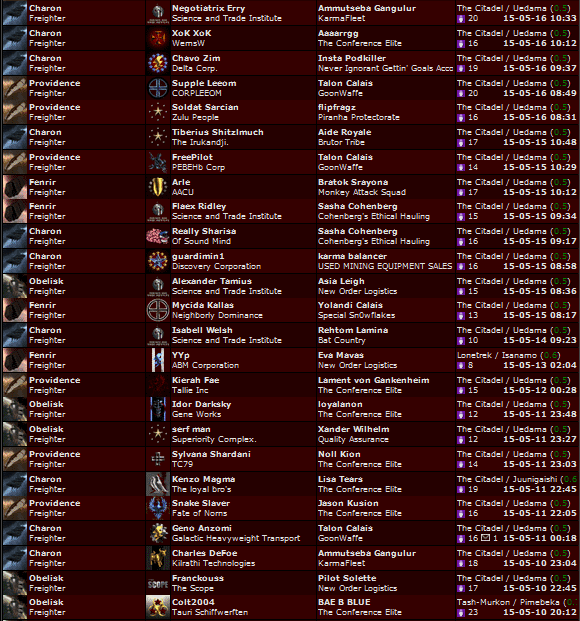 In a word, no. Not when the people of highsec are suiciding dozens of freighters into Uedama. 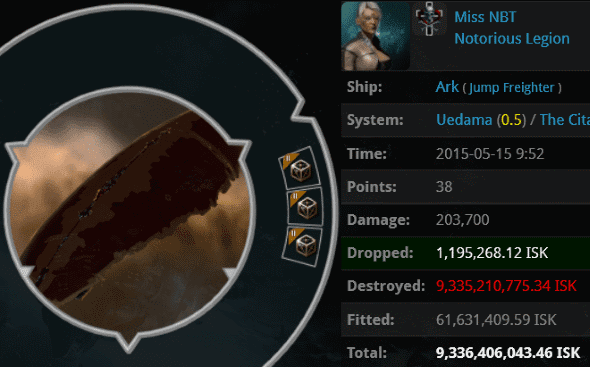 Among the many dead was Miss NBT and her 9.3 billion isk jump freighter. Look at the nanofibers on that Ark. Those aren't the kind of fittings that say, "James 315, I respect you and your vision for my EVE career. This is me living up to my full potential. Did you get my 10 million isk payment before I purchased this vessel?" 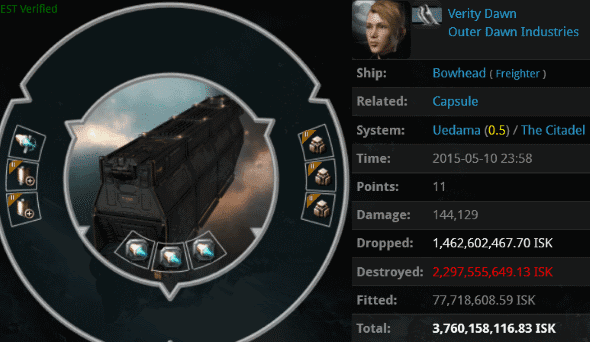 Remember when CCP was asking itself what kind of new ships people wanted, and they made another big hauler? Verity Dawn did, and she made use of the Bowhead to move a bunch of stuff through highsec. Granted, she had three EHP-boosting mods in the lowslots. But as I'm always telling my Agents, look to the rigs. That is where you'll see the carebear's true desire. Verity created a speed-fit Bowhead. It didn't pass muster, though. Agents loyalanon, Braggs Seyllin, Talon Calais, John E Normus, Zane Arnolles, Sasha Cohenberg, Rakeris, Mildron Klinker, Aaaarrgg, Pilot Solette, Mark Eting, Pod-Goo RepoWoman, Morrigan Laima, Ammutseba Gangulur, Shaari Aviata, Molly Klinker, and AeleDeux rejected it and burned it to cinders. 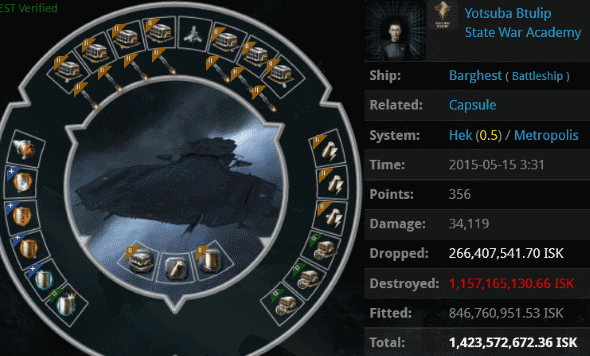 You all know me. I'm old school. I started playing EVE over 9 years ago (or as a miner would say, I'm a new player). When you ask me about battleships, I'll tell you about Megathrons or whatever. I was surprised to see Yotsuba Btulip die in a "Barghest", which is apparently a new battleship. Barghest. Sounds more like something a miner screams when you blow up his Retriever. But anyway, Agents Sophia Soprano and loyalanon saw one of these autopiloting through Hek, so they killed it. 1.4 billion isk battleships for autopiloting. What will they think of next? 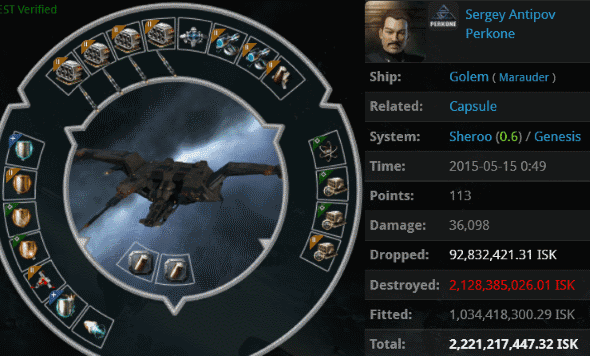 One of the great things about the New Order is that we enable our Agents to realize their dreams. Agent Jaxi Wreckful was telling me about his earnest wish that mission runners would get more compliant, or die at his hands. Thus was born the "The Elite Murder Squad". They help make sure mission runners are held accountable for what they do or don't do. Sergey Antipov was lounging around in a 2.2 billion isk Golem. Agents John E Normus, Aaaarrgg, loyalanon, Jaxi Wreckful, AeleDeux, Jeni Savage, Mark Eting, Sophia Soprano, and Dr Caroline Johnson formed up and took Sergey down the first, difficult, step toward Code compliance. 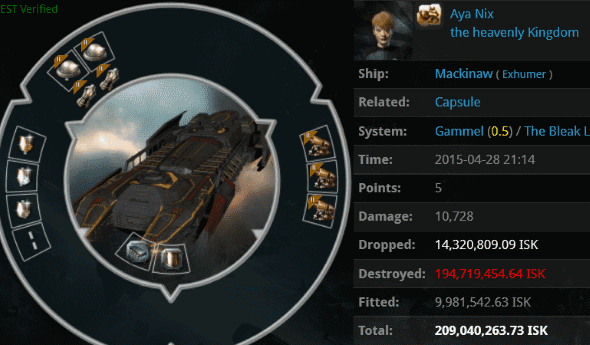 Speaking of realizing one's dreams, Aya Nix's Mackinaw doesn't look like anything special. On its own, it isn't. But you see a different picture if you look at the totality of Agents Rick Therapist and Brutal Anna's kills:

Rick Therapist (assisted by his partners, Brutal Anna and Carebears' Nightmare), have killed a lot of Exhumers. Aya Nix's Mackinaw was the 1,000th exhumer they destroyed. That's a lot of lives to touch. Every day, our Agents make sure EVE is an unforgettable experience. 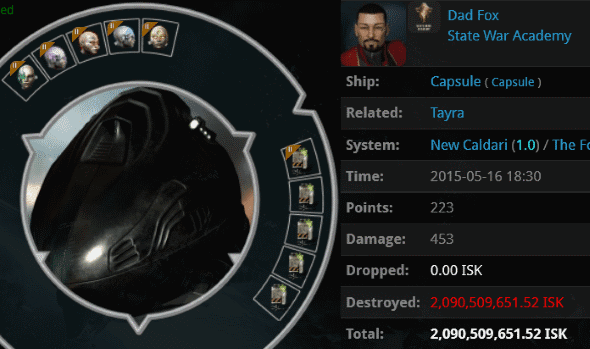 Earlier, CCP handed out a bunch of Genolution implants and drove their prices down. Suddenly, the carebears of highsec had much cheaper pods. Somehow, Dad Fox still managed to lose a 2 billion isk pod. His crystals were shattered by Agent Aaaarrgg, who popped him in a 1.0 security system. Carebears, don't hide behind CONCORD. We'll find you every time. Seek shelter in the Code.
Posted by MinerBumping at 19:29