You know what that means--time for another Highsec Miner Grab Bag!

Darwin Arji thought of himself as some sort of narrator for his own gank. But his true colors soon emerged: 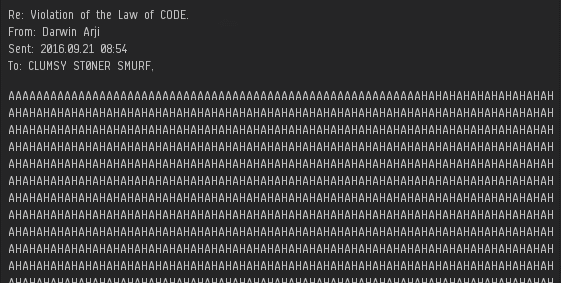 There isn't enough space to include the entire EVEmail here, but you get the idea. Darwin's the type of guy who would tell you, "I AM calm!"

Our Agents are righteous swords, though.

More than 99% of gank recipients lack a permit. The remaining <1% spend ten million isk on a permit and act like they're above the law. 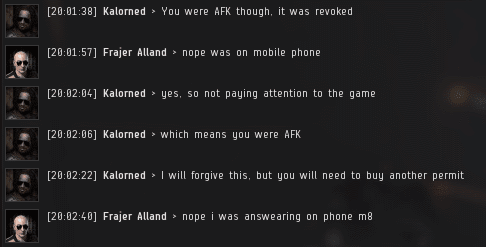 I'm sorry, but owning a ten million isk permit doesn't make you some big-shot VIP or something. Not when highsec actually has people with genuine rock star status like our Agents do. 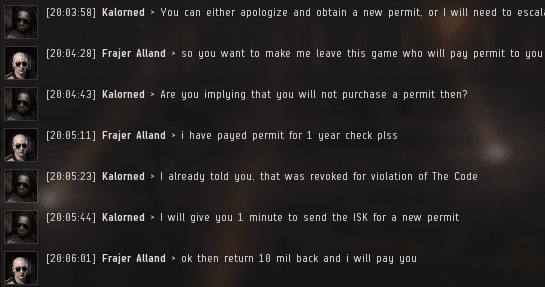 Frajer Alland felt so important that he violated the Code, went AFK, and showed insufficient deference to Agent Kalorned. And he thought he could get away with it because he once spent ten million isk.

Frajer didn't learn his lesson when he was ganked for non-compliance. Once again, a gank was just the thing to bring a miner's true colors to the surface.

Frajer was promptly booted from his corporation.

Why do I get the feeling that Rowdy - Yates also belongs to the Frajer Alland school of thought when it comes to permit ownership?

Carebears don't want to work for anything anymore. They PLEX for instant isk, they get skill injectors for instant skillpoints... Miners are getting so impatient these days. You can even see it in their (in-game) death wishes. 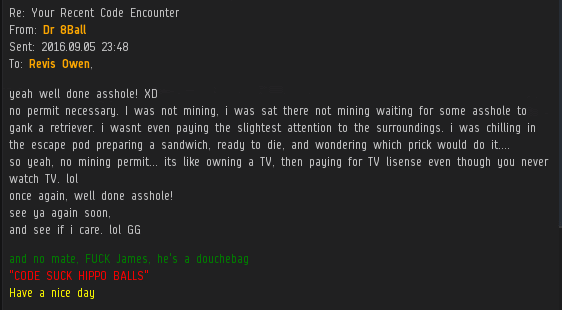 Ah, the nihilistic miner on full display. He sat in an asteroid belt just waiting for his inevitable gank.