It's a fact that a large number of highsec miners and other carebears read MinerBumping on a regular basis. Carebears, I've got a great idea for you: Let's all make a pact--that every one of you becomes 100% Code-compliant by the time you finish reading this post. Agreed? In the meantime, we can examine what happened to some carebears who failed to obey the Code during the week of September 18th @ 00:00 EVEtime through September 24th @ 23:59 EVEtime. 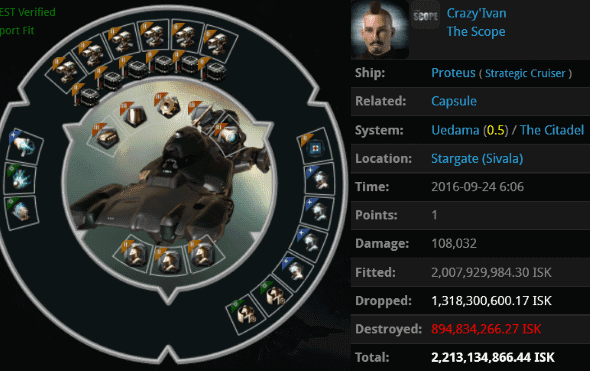 KILLMAIL
Ah, good old Crazy'Ivan. He's an Anti-Ganker who doubles as a blingy gank target. Which is convenient, since he essentially delivers his bling-boats right to where the gankers are. Crazy'Ivan got into a fight with Agents Ben Li and Pandorath. He assumed that he'd win, since people always tell him that the New Order only shoots ships that can't shoot back, etc. That's a myth. In fact, our Agents love shooting combat ships so much that a bunch of them decided to crash the fight. Agents Winnie Po0h, Jason Kusion, Justin Kusion, Joel Kusion, Jayden Kusion, Jake Kusion, Joshua Kusion, Jackson Kusion, shootyou longtyme, Joseph Kusion, Sex K1tten, Fiddly Pop, Jeremiah Kusion, Jayson Kusion, Adelaide Brooke, Milkmypigeon, Rico Orlando, KoHfeTHbIu TpoLLb, Johnathan Kusion, Allise Soprano, and Le Plebo showed up and helped finish off the target.

In addition to the 2.2 billion isk Proteus that Crazy'Ivan lost, his 2 billion isk pod was also snatched up. Another massive failure for Anti-Ganking. 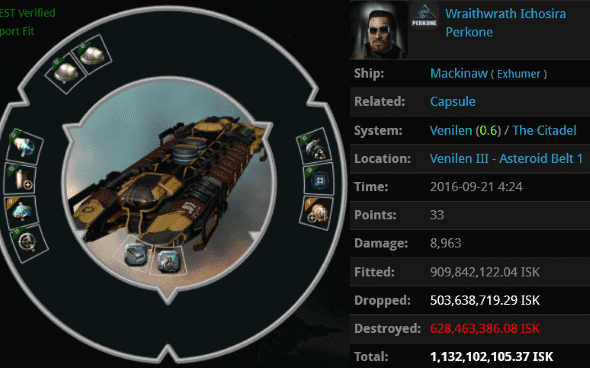 KILLMAIL
Wraithwrath Ichosira's name was quite intimidating, but Agents Ryet Cyreene and Spine Ripper were too courageous to leave his Mackinaw alone. It was equipped with a pair of illegal ORE Strip Miners, after all. They destroyed the pricey exhumer and its 1.3 billion isk pod. 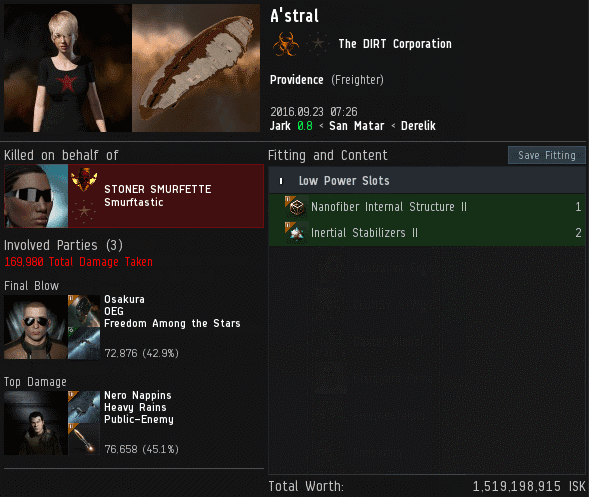 KILLMAIL
As if Anti-Ganking couldn't fail any more! A'stral's fellow Anti-Gankers were always telling her that ganking is overpowered and needs to be nerfed. "There's no risk in it," they said. Based on that, A'stral assumed it would be easy to gank Agent STONER SMURFETTE's Thrasher. Since STONER SMURFETTE didn't have negative security status, a suicide gank was required. So A'stral fitted out a gank Thorax and opened fire--and completely failed to kill her target. Apparently ganking isn't as easy and risk-free as A'stral had been told.

It got worse, though. Because of A'stral's gank attempt, there was a kill right on her, which our Agent made publicly available for 25 million isk. A'stral realized that ganking was too hard for her, so she wanted to return to a life of carebearing. The kill right was activated and Nero Nappins, Osakura, and Vitality Command Unit took her down. While she was flying a freighter.

Maybe one of A'stral's Anti-Ganker friends could have purchased the kill right for 25 million isk so she wouldn't need to lose a 1.3 billion isk freighter. But we all know how selfish and stingy the Anti-Gankers can be. 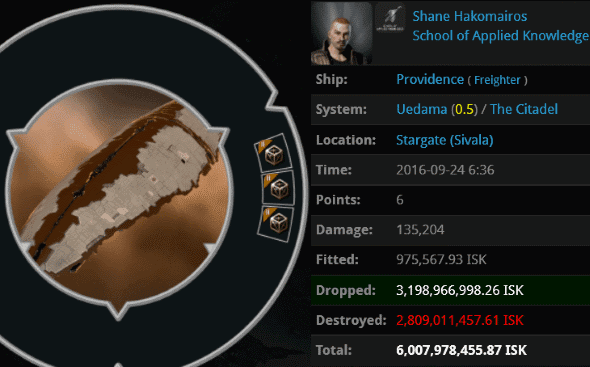 It seems that Shane was familiar with the Code. I wonder what his excuse was for disobeying it, then? 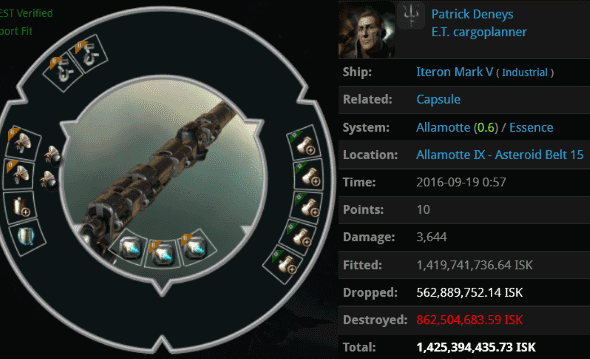 KILLMAIL
By now, everyone in highsec should be aware that ORE Strip Miners are forbidden. And, obviously, the same goes for ORE Expanded Cargoholds, which are a truly infernal invention. Patrick Deneys was sitting in an asteroid belt with a 1.4 billion isk Iteron V. Nearly all of that 1.4 billion was spent on anti-tank modules. Agent Dante Fasttackle pounced on the hauler and made short work of it.

All that extra cargo space was needed because the hauler wanted plenty of room for Veldpsar. About 4 million isk worth of Veldspar was stored in the hauler before it was destroyed. Incredibly, Patrick's corp lost another 1.4 billion isk Iteron V a week earlier. And less than half an hour after Patrick was killed, his corp lost yet another 1.4 billion isk Iteron V sitting in the next asteroid belt over. It was a corp-wide doctrine fit. One can only shudder.

And yes, it gets even worse. 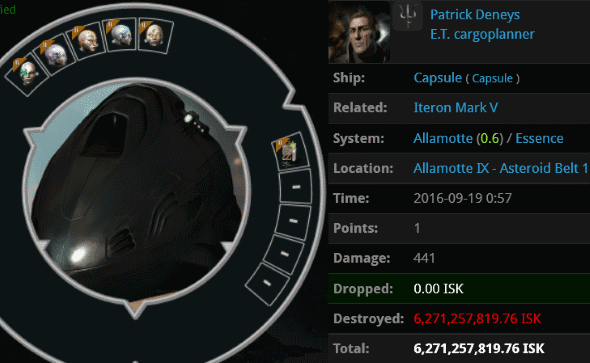 KILLMAIL
Patrick Deneys spent 6.2 billion isk on implants to make him that much better at hauling Veldspar in highsec. Agent Dante Fasttackle sunk his teeth into the juicy pod.

Oh, now it makes sense. The implants made the hauler warp a little faster when moving Veldspar around the system. That extra efficiency totally makes it worth it--as long as he can go a few centuries without losing his pod.
Posted by MinerBumping at 21:30