The Most Powerful Reputation in Highsec, Part 1

In the old days, the happenings of the EVE universe could be summed up in a few simple questions. Players asked themselves things like, "Who will build the first titan?" Or "Will anyone conquer all of nullsec?" Or "Can anyone stop the Band of Brothers?" Or "Will the Imperium continue to dominate the north forever?"

Today, the central question EVE players ask themselves is whether they will obey the Code. Nothing in all of EVE can inspire a greater emotional response, or a more heated debate, than the Code. 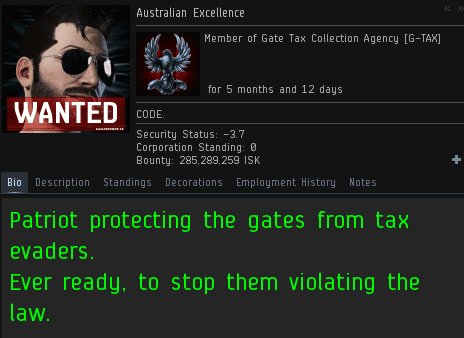 Joining CODE. has a powerful effect on one's reputation. It instantly elevates a player's stature and importance. When you belong to CODE., you are bound to be the number one topic of conversation wherever you go. It's an extraordinary responsibility, and our Agents shoulder the burden incredibly well.

The triggered carebear, Nexeroff Severasse, had a lot of opinions about CODE. His frustration with our esteemed alliance had been building for a long time. The moment one of our Agents appeared in the system, Nexeroff couldn't help but let it all out.

Nexeroff was disgusted by the way CODE. members choose to play the game. So much for the sandbox! He considered it cowardly for our Agents to gang up on their targets.

The truth is quite different. According to zKillboard's API-verified statistics, CODE. primarily engages in solo PvP. Among alliances in EVE, CODE.'s 73% solo rating is quite an outlier. We are vastly less dependent on blobbing tactics than other alliances are.

By way of comparison, the allegedly elite Pandemic Legion receives only a 22% solo rating. The numbers don't lie: CODE. is the undisputed champion not only of elite PvP, but of solo PvP as well.

Nexeroff fretted about the potential effect of CCP's planned "free to play" alpha accounts. Frankly, it's a ridiculous thing to worry about. Highsec needs more ganking, not less.

By this point, Agent Australian had heard quite enough. He'd patiently listened to all of Nexeroff's insults. Now it was time for a rebuttal. 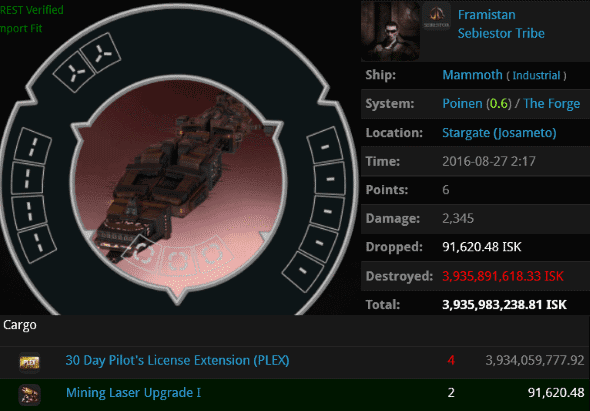 Australian reviewed his recent kills and pulled one which he considered relevant to the discussion: A 3.9 billion isk unfit Mammoth.

Our Agent introduced the killmail into evidence. Could Nexeroff deny that Australian had done the right thing--that he'd helped keep highsec in order?

The Mammoth killmail hadn't eased Nexeroff's concerns in the slightest. In fact, his rant about CODE. was only just beginning.