zKillboard.com is phasing out its API system this month, so if you want your kills to continue to be recorded, go to their website and click on the link in the upper-right corner. You don't need to create an account for zKillboard or a new API; the link takes you to the official EVE website where you can authorize EVE to send your kills to zKillboard and other killboard sites automatically.

With that bit of business out of the way, we begin our review of kills from the week of January 29th @ 00:00 EVEtime through February 4th @ 23:59 EVEtime. 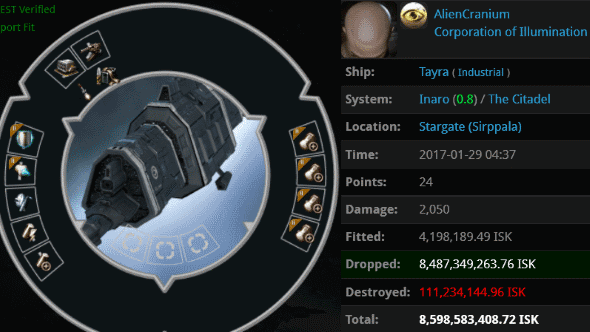 KILLMAIL
How bad can things get without the Code? This bad. AlienCranium planned to hull-tank his Tayra, but then he used a bunch of cargo expanders to reduce the ship's hull. AlienCranium hedged his bets by adding a capacitor tank, but it was no use. Agent Votre Dieu easily destroyed the 2,050-hitpoint ship and collected eight and a half billion isk of loot.

This is why you always inject skills before you design a ship. 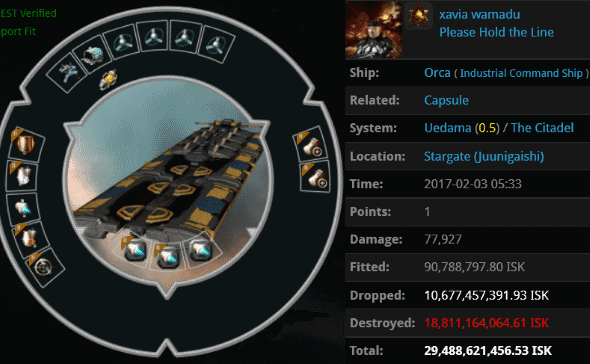 The price of common sense: A Fortizar, numerous capital blueprints, and the self-respect of one Orca pilot. 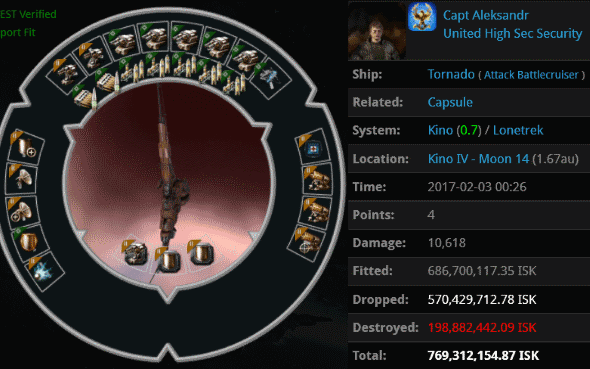 KILLMAIL
Capt Aleksandr fancied himself a leader of the Anti-Ganking community. The term "community" must be used loosely--and while we're at it, the same goes for the term "Anti-Ganking". Like so many others who would interfere with a gank, Capt Aleksandr found himself on the receiving end of one: A fine gank by Agents Skiff Poddington, Hulk Poddington, Lawrence Lawton, James Poddington, and Mack Poddington.

The Anti-Ganker lost his 770 million isk Tornado. But the really good news is that for once, we don't need to ask where Anti-Ganking was! 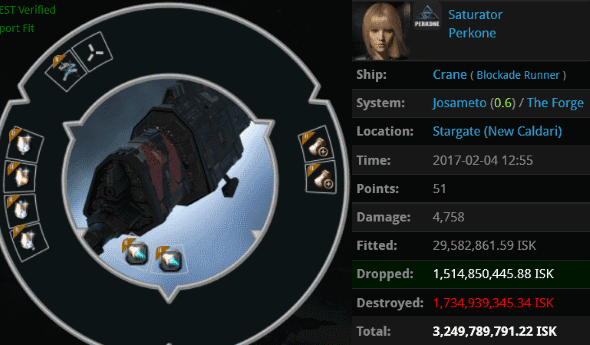 KILLMAIL
Saturator was far too careful to go AFK and autopilot in some big, plodding freighter, or a razor-thin industrial or shuttle. Instead, she chose a hauler that can warp while cloaked. It's almost impossible to catch a covops ship without a bubble. This was highsec, so Agent Ralliana didn't have a bubble. She had something even more effective: the Code. 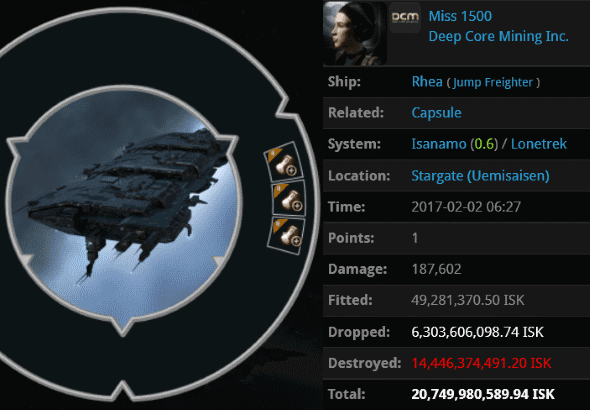 KILLMAIL
Miss 1500 loaded up her 20.7 billion isk jump freighter, set her autopilot for the Uedama pipe, and went AFK. Or, as the nerf-begging carebears would say, "She did everything possible to avoid being ganked, but game mechanics favored the gankers."

Nice try. Our heroes were pleased by the 20.7 billion isk kill. As it turned out, Miss 1500 was hiding even more expensive cargo inside that ship: 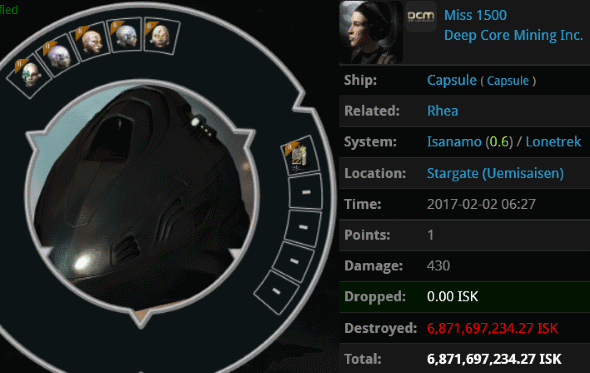 KILLMAIL
Miss 1500 was still AFK as the gank fleet extracted an additional 6.8 billion isk penalty. Agent James Poddington snatched up the pod--which managed to be extraordinarily decadent considering all but one of the hardwiring slots were empty.

Whoever sold that Ascendancy set to Miss 1500 sold her a lie. No matter how much money you spend on implants, there's no escaping the Code.
Posted by MinerBumping at 21:20