Previously, on MinerBumping... As part of our annual Code Day reflections, we considered the state of nullsec, which is in an unprecedented state of gloom and doom.

Historically speaking, what's bad for nullsec was bad for EVE, because nullsec was EVE. Few imagined that content would emerge from any other part of the galaxy. But then came the Code, and with it an incredible shock wave of content and excitement. Nothing like the Code had ever existed in EVE or any other game. It captured the imagination of EVE players and never let go.

And so there are two separate EVEs, two unique sources of potential content. Highsec isn't burdened by CCP's failure to design adequate nullsec mechanics. Though it's true that inadequacies in low/null/WH can drive players back to highsec, we have the Code to deal with them now.

Today, we consider the state of highsec... 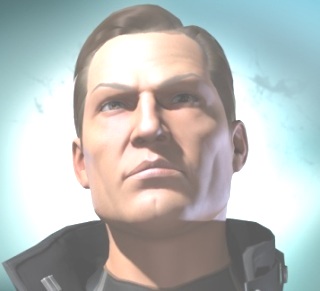 The Agents of the New Order are the torchbearers of civilization in highsec. They came to a place of unimaginable darkness, and they brought light. They brought change. The New Order has changed highsec more than any organization has ever changed nullsec. The Band of Brothers and the Goons and Pandemic Legion and TEST and all the rest cannot claim to have shaped nullsec life as fundamentally as the way our Code has changed the way people live, work, and think about highsec. It's extraordinary.

People often remark with surprise at how few players are actually members of the mighty CODE. alliance. Even adding to that number all the Agents outside of CODE., it's still small compared to the vastly disproportionate influence our Agents wield. Highsec is a teeming mass of EVE players, far more populated than the rest of EVE combined. Yet few people do anything in highsec without first considering, in some way, the Code and its Agents.

The power and relevance of the Code has grown exponentially over the years--and it was already astoundingly powerful and relevant to begin with. Just a few months after the first Agents began bumping miners, the EVE forums were abuzz about our activities. We were practically the only thing people would talk about, except if there was a major war in nullsec ongoing. When nullsec quieted down, the Code always retook the #1 spot in EVE discourse.

People reacted to their own reactions with fear, confusion, and envy. Why so much talk about the Code? The denialists claimed that there must be some massive network of New Order alts all pretending to be angry carebears. But whenever people investigated the whiners, they turned out to be authentic carebears with long records of carebearism. The Code was very real, and it got a lot of bot-aspirants very upset.

The New Order had filled a vacuum that no one else had ever dared to touch--at least, not for an extended period of time. Hulkageddon had generated a lot of excitement when it occurred. As did the Gallente Ice Interdiction. So too did Burn Jita, for a weekend. These events cut a huge swath, but left no wake behind. No impact, no lasting change, and no legacy, except for some fond memories. And not even a memory for those who came into the game afterward; players who joined EVE after 2012 never witnessed a Hulkageddon. Such highsec events were exceptions, not rules. They were mere interruptions to normal highsec "life".

When the Code moved in, there was no carefully arranged timetable for arrival and departure. There was no exit strategy. We came to stay. And that changed everything.

When carebears first learned of the Code, they assumed that it would necessarily be temporary. "They'll get bored and go away," the miners assured each other. "Someone will stop them," said the rebels. Then, as their anxieties grew to alarming levels: "CCP will get rid of them once they see that they're ruining the game."

The numbers were impressive, of course. The non-compliants started losing hundreds of billions of isk each month. The cumulative death toll rose into the trillions, then the tens of trillions. CODE. has inflicted over 46 trillion isk worth of damage. The stats only scratch the surface, for they don't reflect the changes that carebears have been forced to make, whether they chose to obey the Code or not. Highsec residents had to make decisions and trade-offs to account for the risks posed by an army of Agents. That was novel: Highsec players had never needed to think before.

More than that, though, was the effect of the Code's permanence. This fact altered the highsec psyche on a fundamental level. The Code's most spectacular feature is its endurance. The Code isn't something you can put on your calendar. You can't avoid it and then resume your normal activities. The Code is forever. It's the way things are now. It's the way things always will be. How do you fight that?

You don't. You live with it. You die from it. And eventually... You take for granted that it's always going to be there.

In the five years since the dawn of the Code, multiple "generations", if you will, of players have come to EVE. The Code was already there when these new players arrived. It was the first thing they discovered about emergent gameplay. It was all their highsec corpmates ever talked about, all they ever read about in local. Those players can't imagine an EVE without the Code, because they never experienced an EVE without the Code.

The older crust of minerdom, the elderly carebears, still remember. "Remember when you could bring a blingy, yield-fit Mackinaw out into an asteroid belt, set your lasers, go AFK for an hour or two, and not even consider that it wouldn't be there waiting for you when you returned?" Or, "Remember when autopiloting in a shuttle across highsec was something everybody just did every day without thinking twice?" Or, "Remember when everyone thought it was safe to have expensive implants in highsec?"

Even these memories, these treasured artifacts of the pre-Code darkness, are fading away. One day, the bot-aspirancy of the past will not exist even in thought.

Our Agents, who always have their ears to the ground, have noticed the change in attitude. In years past, a carebear who lost a blingy ship would get sympathy from his fellow bot-aspirants. The gankers were cursed for their evil, their "torture" of EVE players. Now? A loot piñata gets mocked for being a loot piñata: "What did you expect? That was a stupid fit." You'd think the highsec locals were MinerBumping readers. Probably a lot of them are. The rebels advise new players: "Fly a Skiff instead of a Hulk. Fit tank. Limit the value of your cargo. Don't go AFK. Don't use autopilot. Watch local." Where have we read those instructions before? Our enemies rebel by obeying the Code and teaching the Code to others.

And the most shocking advice of all: "Go to nullsec and you won't have to deal with CODE."

Ah, but the darkness of null. People don't read about it, or talk about it so much anymore. They don't expect content from it in the form of Great Wars. Without those wars, the characters--space emperors, charismatic fleet commanders, tragic dictators--cannot become legends. There are no SirMolles or Evil Thugs or even CYV0Ks. Instead, the EVE celebrities are Agents of the New Order. Dare I say it? These days, an EVE player is more likely to hear "Praise James" than "The Mittani sends his regards." For a new player, who has grown up in highsec, this is even more true. There are generations of such EVE players now. What is their future?

As the lights of the outer regions and the offices of CCP grow dim, we keep highsec brightly lit, its systems bathed in the light of explosions. We are EVE now. We carry the torch for the entire game. In the media articles and Steam reviews, you're more likely to see teeth-gnashing than love letters and comic books, it's true. But just as the players have come to accept the Code as the essential fact of highsec life, the whole world will acknowledge: "If you're thinking about playing EVE, there's this thing you need to know about called the Code..."

In an age of decline, in the years of a dying EVE, we are the life of EVE.

And when the lights finally go out and all the doors close and you can no longer hear the great humming of the servers, the last words that will be uttered in local, the last lines of text to be logged:

One hundred percent compliance, forevermore.
Posted by MinerBumping at 15:30