It all began with bumping miners out of an ice field in Halaima. Agent Alexis Thermopylae made a pilgrimage to that sacred system and performed an impromptu historical reenactment. 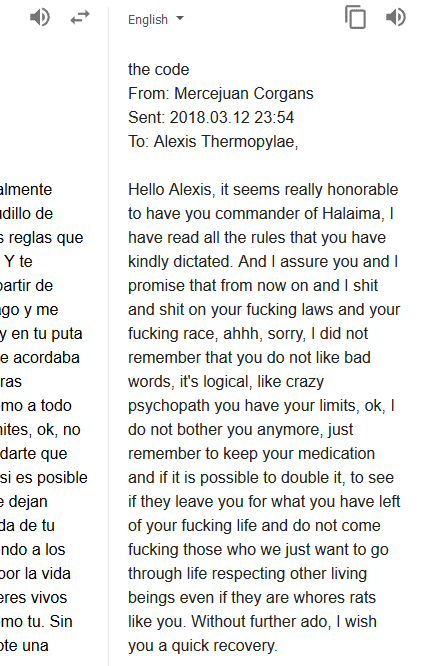 Halaima miner tears still taste just as sweet all these years later. Welcome to the one hundred fifty-third edition of the Highsec Miner Grab Bag!

Silly miner. Without rules, there is no such thing as freedom.

Unfortunately for Sharp224, even a single violation of the Code is enough to warrant a gank.

Click for full image
Ugetafix Wink thinks people shoot spaceships in EVE because they're too cowardly to murder people in real life. Not true. People gank because it's "relaxing".

HeavenlyHell sent an angry message to Agent Katy Melons. Was there any chance he could be reasoned with?

One can only speculate what obstacles prevent this miner from understanding the Code.

Miners, don't waste your breath. Our Agents have heard thousands of excuses over the years, and none of them are more persuasive than a penitent attitude and 10 million isk.

When bumped out of mining range, miners like to say "I was full anyway." The gank recipient's equivalent: "My ship did enough mining already, so it was ready to die."

Everybody complains about Russian bots. Only the Agents of the New Order actually do something about them.

Simple Kind Man initiated a convo with the Agent who had ganked him. His apparent interest in buying a permit was just a pretext. The miner had an ulterior motive for the conversation: 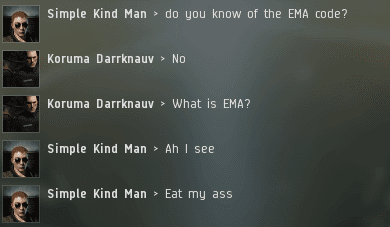 If Simple Kind Man would only apply himself, he could succeed at EVE.

Agent Jason Kusion had one of the most brilliant ganking careers in EVE history. It seemed nothing could stop him. That all changed the day he met dawook.

After countless kills, the Kusion family finally ganked the wrong carebear. Or did they?

No, dawook was definitely the right carebear to gank.
Posted by MinerBumping at 18:10