The Mittani sent his armies into highsec for some real PvP in the annual Burn Jita event this weekend. Cynics may call them war tourists, but I say that anything that results in more dead non-compliants is a Good Thing. Many carebears did die, and are continuing to die. As you probably guessed, Anti-Ganking suffered another agonizing defeat. The few people still willing to try (and fail) to stop ganks are just self-griefing at this point. Behold, from the week of February 25th @ 00:00 EVEtime through March 3rd @ 23:59 EVEtime... 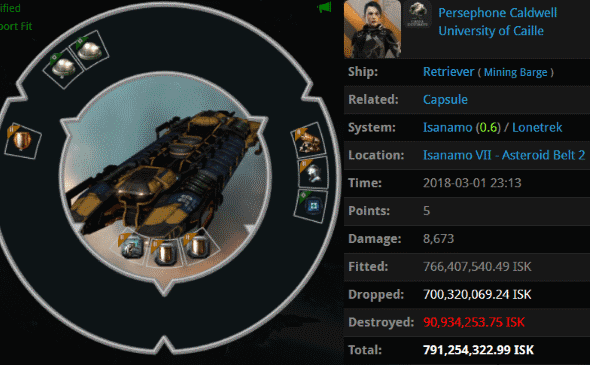 KILLMAIL
Before we look at any freighter killmails, let's not forget that the miners of highsec were behaving like a bunch of Goofuses this week, too. Persephone Caldwell managed to fit a Retriever worth 791 million isk. Then she lost it. Oh, and her Retriever died, too. Agents Koruma Darrknauv, Lewak, and Kamikaze Enforcement ganked the decadent miner and received some feedback:

You can read her full tears here. According to Persephone, she wasn't bothered by the gank because her loss was "already replaced". Presumably that also applies to the billion isk pod she lost. 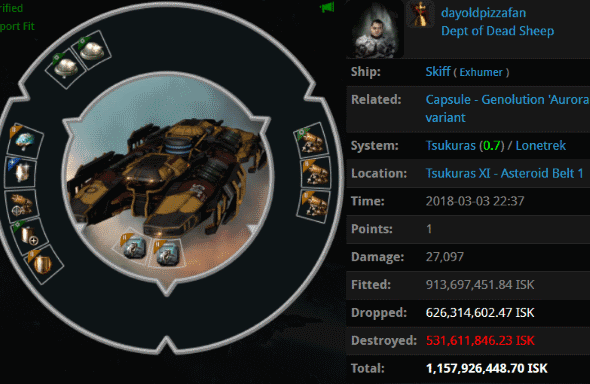 KILLMAIL
"Don't buy a mining permit. Spend 1.1 billion isk on a Skiff instead. That way you can't be ganked." Alas, dayoldpizzafan found out what happens when you take advice from the people who spend all day failing to stop ganks. His allegedly gank-proof Skiff was destroyed by Agents FraCazzo DaVelletri, Maximus Gooseman, Minx Mattel, Salah ad-Din al-Jawahiri, achterlijke, Lewak, darkestkhan Eriker, and Colonel Catpetter. 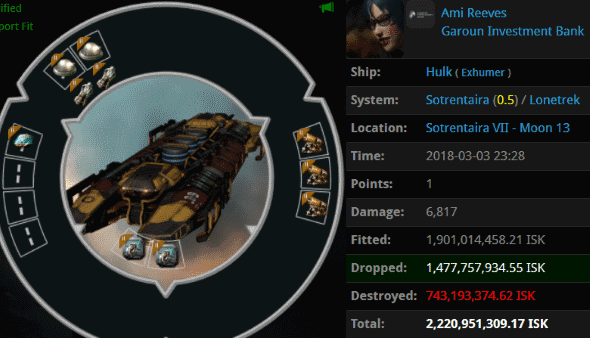 KILLMAIL
Yes, the days of the 2 billion isk Hulk are upon us. At first glance, Ami Reeves's exhumer fit doesn't look very decadent. Untanked and light around the mids, but not decadent. However, these days, you always have to factor in those nasty little drones: 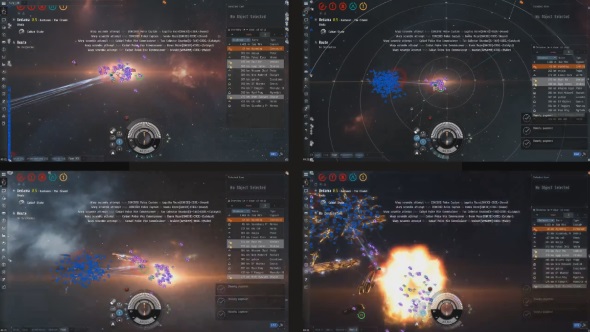 Alexis Thermopylae sent over some videos of freighter ganks for your viewing pleasure. Plenty of freighters and jump freighters died, and I suspect we'll be getting an official tally from the Goon press in a couple days. Of course, not all of the week's blingy hauler killings took place during Burn Jita. See below. 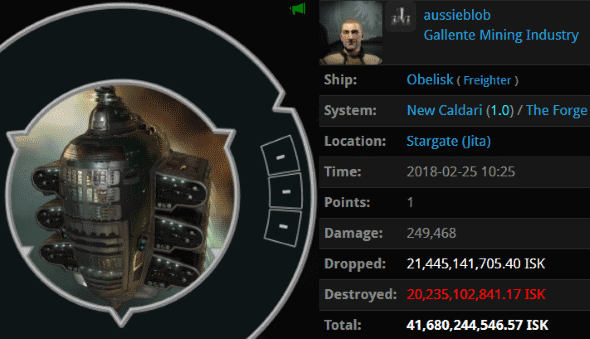 KILLMAIL
aussieblob lost a 41.6 billion isk unfit freighter in a 1.0 security system. So far, so good. But this kill gets even more extraordinary... 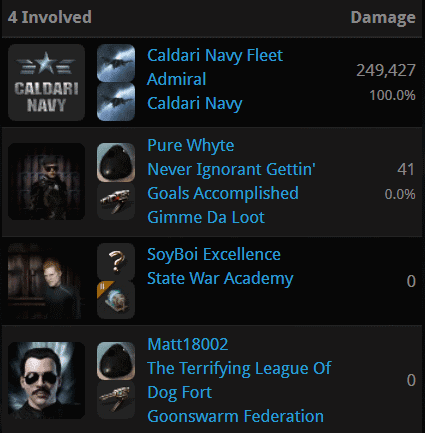 Agents Caldari Navy Fleet Admiral, Pure Whyte, SoyBoi Excellence, and Matt18002 had no trouble taking down the freighter. Remind me to ask the Caldari faction navy for that gank fit.

Yes, this was another one of those "bump-tackle until they die from an NPC" kills. aussieblob's stinginess didn't pay off. According to Pure Whyte, "He also paid me ONLY 2b out of the 5b I asked for, for me to release him. These people will never learn." I can't think of too many people who benefited from paying 40% of a ransom. 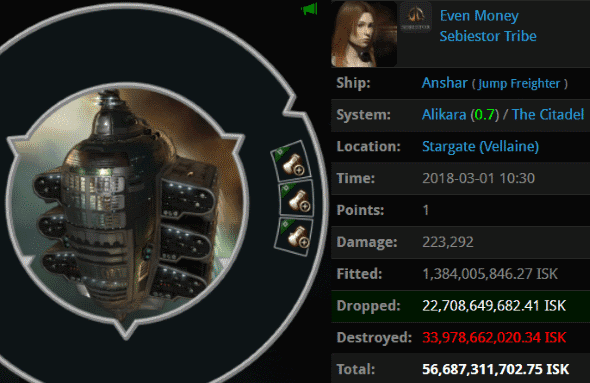 KILLMAIL
Here's the big one. Even Money lost a staggering 56.6 billion isk jump freighter. Judging by her name, she likes to play the odds. Apparently she didn't feel it was worth it to buy a 10 million isk permit to protect a 56 billion isk haul. I'd like to see the math on that; she probably forgot to carry a one or something. 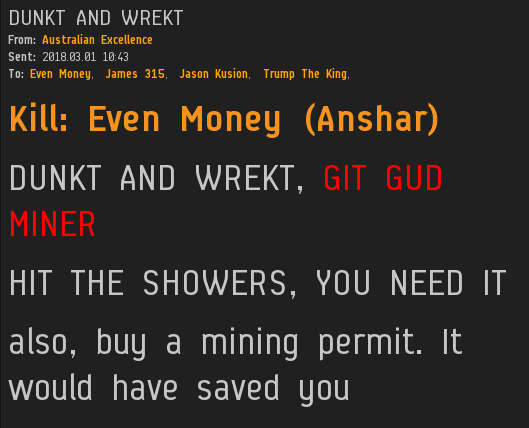 Let's hope Even Money is mature enough to take their constructive criticism to heart. 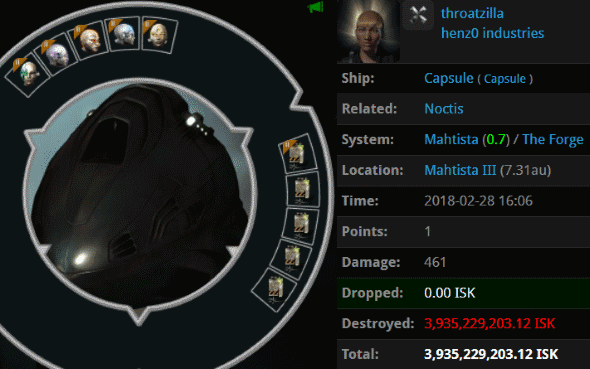 KILLMAIL
throatzilla lost her Noctis, and then Agent Mal Warre gave her a proper punishment for being AFK by crushing her 3.9 billion isk pod. 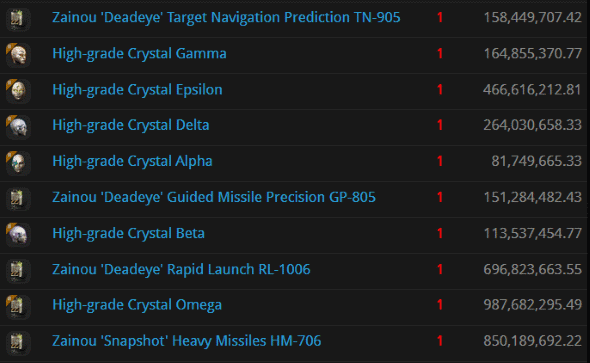 Crystals and missiles. Carebears, you have no need of such things. Download the Code and plug in.
Posted by MinerBumping at 20:10