What is the Code? The Code tells us that it is "Purpose, dignity, structure, order, guidance, leadership." What is bot-aspirancy? It is unnatural. It is not of the human spirit. And so bot-aspirancy often results in the strange and unnatural. As we shall see with selected examples from the week of March 18th @ 00:00 EVEtime through March 24th @ 23:59 EVEtime. 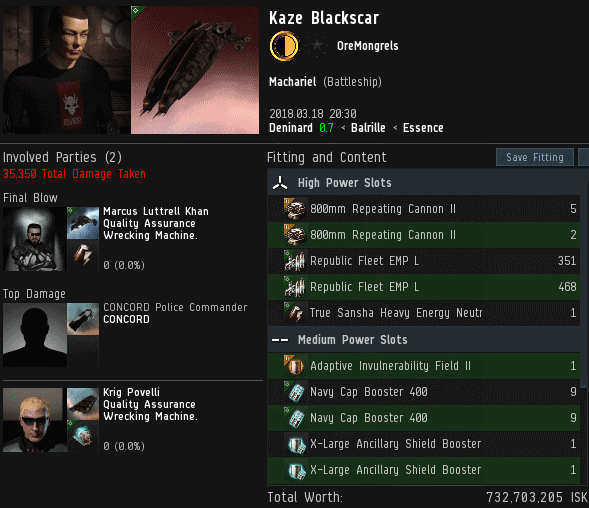 Machariels are good for bumping, but not so well suited for suicide ganks. For some reason, Kaze Blackscar tried to gank Agents Krig Povelli and Marcus Luttrell Khan with a 732 million isk Machariel. Our heroes sat back and watched the action until CONCORD arrived. 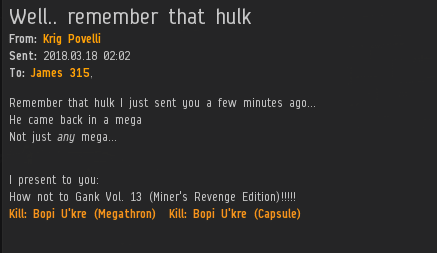 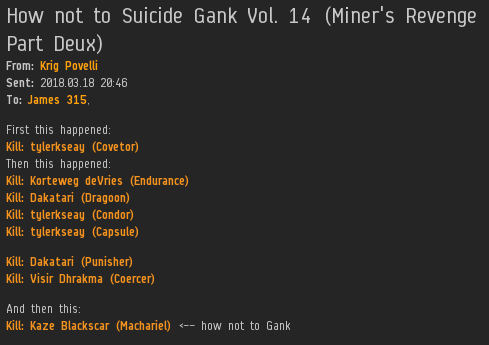 Indeed, many carebears have been trying to gank Agent Krig's Orca. What possessed them? 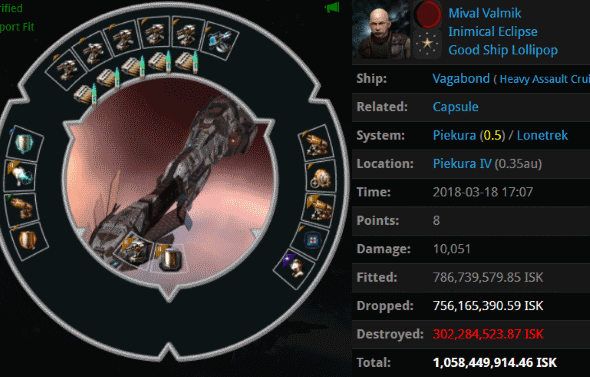 Mival Valmik's Vagabond was incinerated by Agents Minx Mattel, Maximus Gooseman, and Salah ad-Din al-Jawahiri. I could point out what was wrong with this Vagabond, but Salah already made a list:

The rebels don't lack for resources; they don't need to scrounge in junkyards for spare parts. Their fits are bad because they are bad. 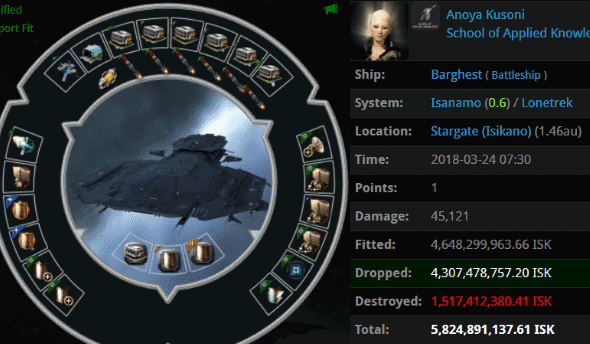 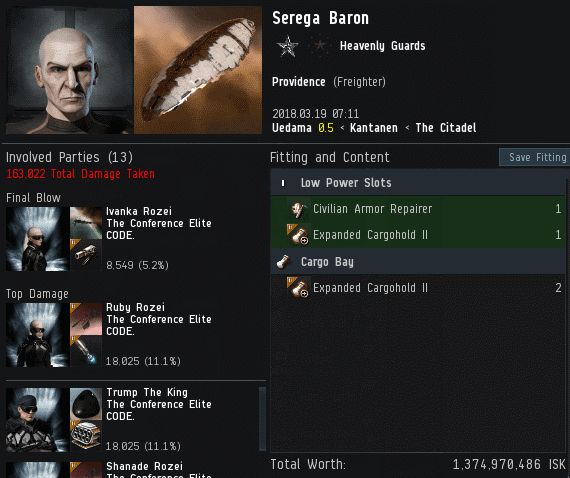 We all know that freighters have very limited fitting options. Serega Baron was determined to stretch those limits as far as he could. He managed to fit a Civilian Armor Repairer, which served as a last resort active tank in case he was ganked. Unfortunately for the carebear, he was out-damaged by Agents Ruby Rozei, Trump The King, Shanade Rozei, Christine Rozei, Katy Rozei, Baron Rozei, Lagatha Rozei, Sherri Rozei, Giselle Rozei, Tawny Rozei, Ivanka Rozei, holdmybeer, and Harletta Quinn. 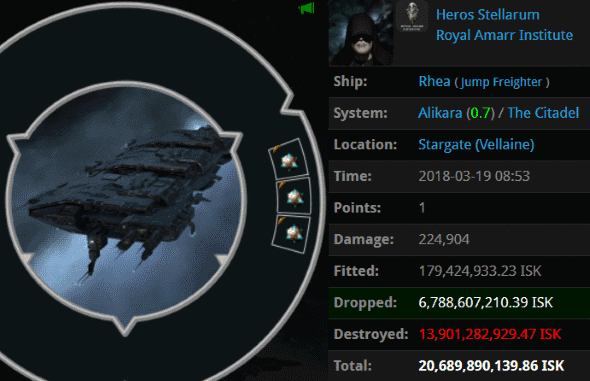 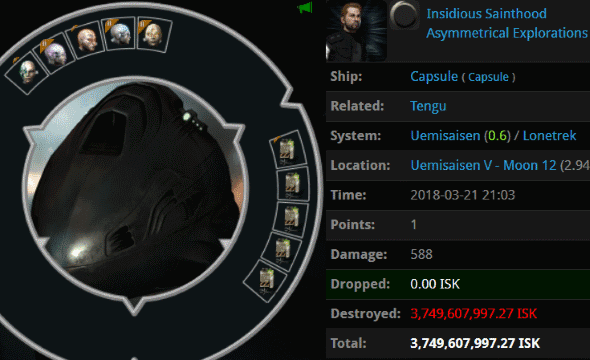 Insidious Sainthood lost a 2 billion isk Tengu. No one knows where Insidious was at the time, but it probably wasn't anywhere near his keyboard. Agents holdmybeer and oink piggu more than doubled the bot-aspirant's losses by catching his 3.7 billion isk pod. 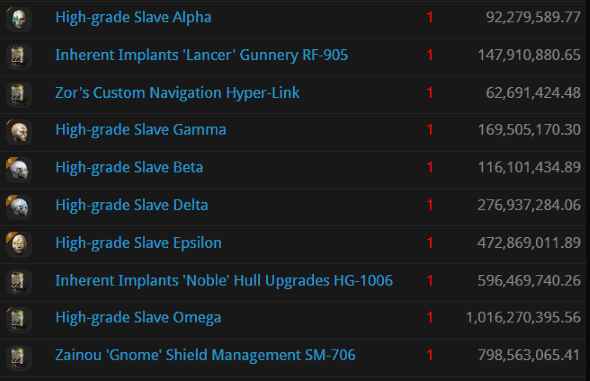 Plenty of tank implants. But there's no tank in highsec that the Code cannot pierce.
Posted by MinerBumping at 20:31