The Return of Bob, Part 3

Previously, on MinerBumping... The Solitude region was blessed by the return of Agent Bob the Fourth. Much had changed since his last visit: Increasingly, miners were depending on drones to do their mining for them. Bob knew what to do. He strode forth, boldly and bravely--and armed with smartbombs.

Arcantia had feigned confidence about winning the isk war, but deep down, she knew Bob's smartbombing Mallers cost a lot less than her drones. Besides, Bob was empowered by the Code.

For a brief moment, Arcantia spoke as if she'd handed the conversation off to a Russian bot.

Arcantia offered her kill right on Bob to an alliance for 10 million isk. An optimist would say she was attempting to fund the purchase of a mining permit. After disarming Arcantia, Bob hit the local ice anomalies to see if there were any more mining drones he could remove. In fact, there were. Orcas were the new mining meta. 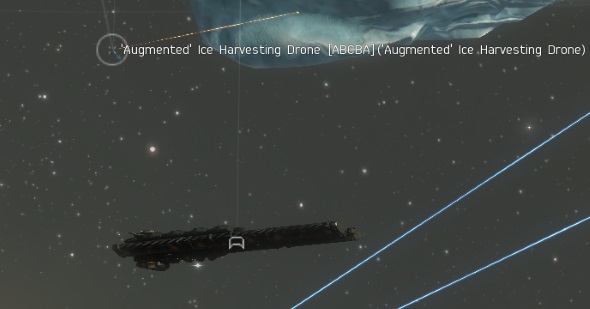 Unlike other ships used for mining, Orcas cannot fit mining lasers. This leaves them completely reliant on mining drones to be effective. 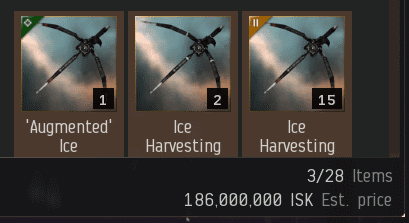 With sufficiently elite PvP, an Agent can cause mining drones to be disconnected from an unworthy host. Once liberated, the drones are free to be scooped by anyone. Thus, Bob was able to paralyze the Orcas' mining operations while making a tidy sum for himself. 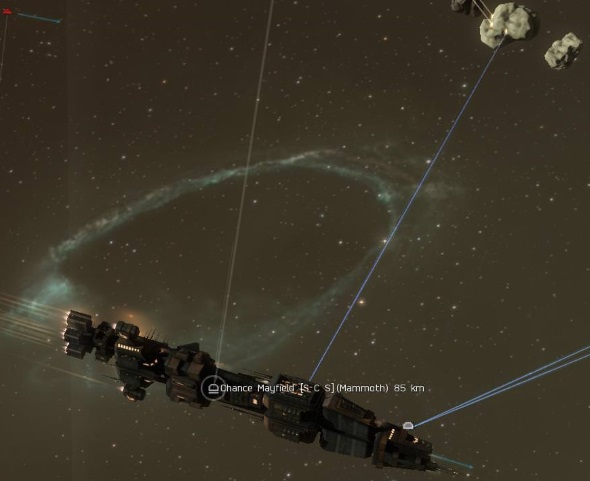 During Bob's travels, he occasionally saw something that shocked him. Chance Mayfield was piloting a simple hauler. Nothing unusual about that. Yet there was a strange blue beam emanating from the ship. A mining Mammoth! 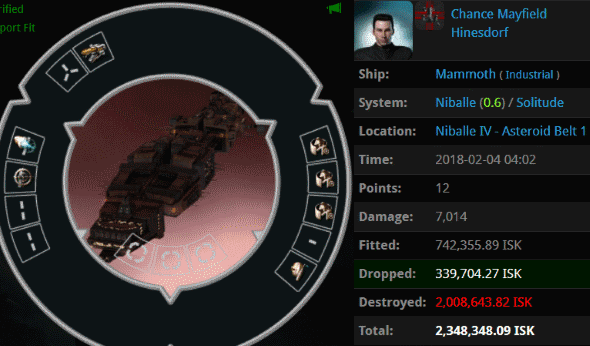 Our hero did battle with the grotesque creature and prevailed.

Eventually, Chance spoke up in local--to threaten our hero, not to congratulate him. Could this be the end for Bob? I could end the post here with a dramatic "To be continued," but let's be honest, this miner didn't have a snowball's chance in Mayfield.


Bob the Fourth > I defeated you in honorable combat, it is customary to offer a GF or 'good fight' in local in such circumstances.
Chance Mayfield > I was not even on. I had left my ship mineing and you killed it.
Bob the Fourth > i see, so you admit your guilt and that I was right to act.
Furbie > wat ship is bob in?
Furbie > link killmail so we see wat ship hes in

A random onlooker inserted himself into the conversation. He sounded eager to avenge Chance's death. Could this be the end for Bob?