But Then You Appeared 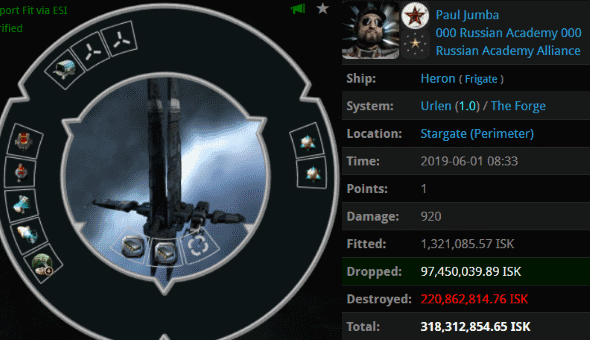 Paul Jumba was the latest bot-aspirant to disgrace himself in highsec. He was spotted AFK in a 1.0 security system with a frigate full of trash. 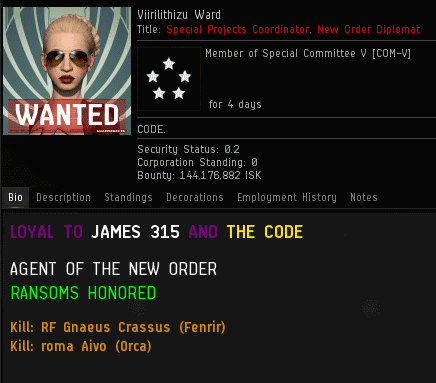 Agent Viirilithizu Ward apprehended the unlicensed carebear and brought him to justice. Paul wouldn't react until he returned to his keyboard over 20 minutes later. But whatever he said--whatever manipulations he would attempt--our veteran Agent would be ready.

Paul didn't hesitate to play the "newbie" card. I assume this technique is part of the EVE tutorial these days. If so, it's pretty much the only thing in the tutorial that carebears remember.

Viirilithizu immediately established herself as a force to be reckoned with. She would not be intimidated by the carebear's alleged new player status. Anyone old enough to lose 300 million isk and write a tearmail is old enough to buy a permit.

Paul showed his true colors. His kind tend to react badly when you don't fall for their "helpless newbro" act.

As badly as Paul had played thus far, his game took a sudden turn for the better: A distinguished, elite PvP'er offered to take him under her wing. It's the kind of opportunity every genuine newbie dreams of.

Alas, Paul Jumba was a bot-aspirant. He thought being good at EVE was something that people buy with money.

Unlike Paul, our Agent understood that EVE is not a pay-to-win game. Playing EVE well is something that people get from reading the Code; one might say that EVE is a Code-to-win game.

Paul wasn't interested. Now, at this point, some readers may expect Viirilithizu to insist that Paul must join the mighty CODE. alliance and become a ganker. Some rebels accuse us of being a cult; others say that we force innocent newbies to join us by drafting them like a post-apocalyptic army. But look how our Agent responded:

Viirilithizu was filled with compassion. Her deepest wish was to save the miner from a life of being ganked--and being forced to mine Veldspar for his corporate overlords.

...But some prefer to be oppressed.

Paul Jumba made the conscious decision to be miserable. It's heartbreaking, but the truth is that many EVE players are self-griefers.
Posted by MinerBumping at 18:02