Previously, on MinerBumping... Maja Papaja finally decided to purchase a mining permit from Agent Alt 00, allowing the Agent to refund Maja's billion isk merc contract fee. But at the last possible moment--just as Alt 00 was reaching into her wallet to give her the isk--Maja self-destructed. Now what? 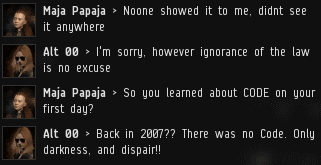 With her billion isk on the line, Maja panicked, claiming that the Code doesn't get linked enough.

Alt 00 was extremely disappointed in Maja. She had such high hopes for the new permit-owner. 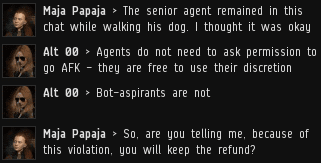 Now Maja feared the worst. Was it time to say goodbye to her isk? 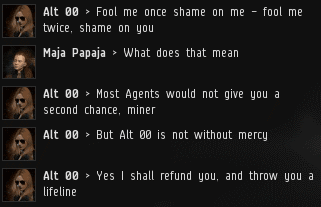 I have no doubt that all of the rebels and skeptics reading this assume that our Agent took the first opportunity to keep the money for herself. But they don't know Alt 00. 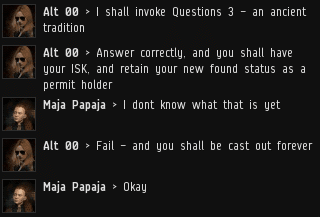 In fact, Alt 00 cast about for any possible way to return the isk to Maja. Suddenly, she remembered an obscure provision of the Code. 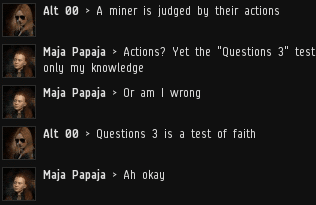 Far from trying to swindle Maja, our good-hearted Agent was looking for any excuse to give the wayward permit-owner her money back. In an inspired moment, she found one.

To ensure that there could be no possible objection to this procedure--not even from anonymous carebears in the comments--Alt 00 sought agreement from Maja. She consented. What happened next would be unquestionably legitimate. 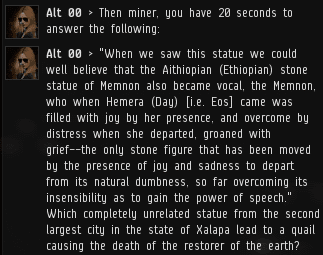 Alt 00 asked the first of her Questions Three, taking care to phrase the question in such a way that it wouldn't be found in a few seconds with a Google search. This is traditionally done to help miners avoid the temptation to cheat. 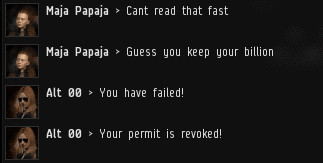 Sadly, Maja lacked faith in herself and did not even produce a guess. According to the terms that Maja negotiated, Alt 00 would keep the billion isk. 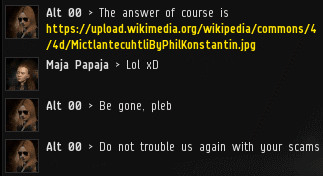 And with that, the transaction was complete. 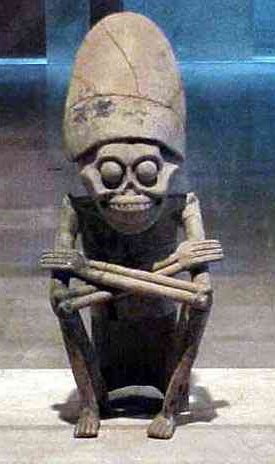 One can imagine Mictlantecuhtli, arms folded, staring down a miner who voided her permit by violating the Code. 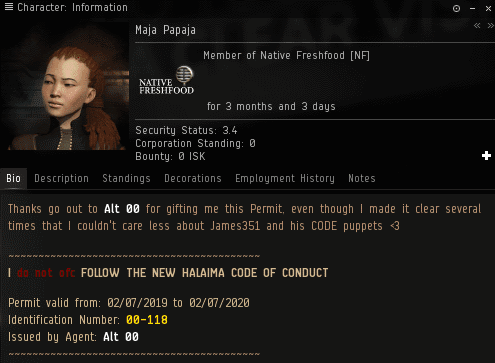 Disgusted with the fate she'd engineered for herself, Maja defaced the mining permit that she'd purchased and gotten revoked in the same day. Maja's tale should be a lesson to all the carebears of highsec: Let your conduct be always in full compliance with the Code. Anything else belongs to the realm of the Goofus.
Posted by MinerBumping at 18:01