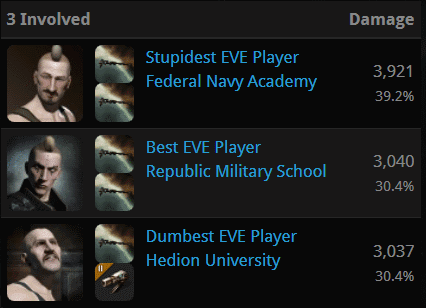 The Code unites all kinds of EVE players. 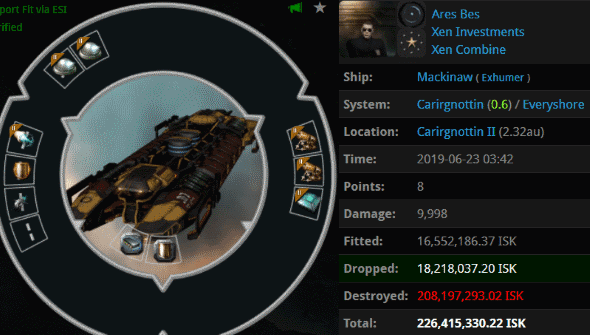 Over a period of months, various "EVE players" worked together to punish the bots and bot-aspirants of highsec. As a result, Ares Bes repeatedly lost his unlicensed mining ships. Ares was ganked again and again and again. Yet he never seemed to learn anything from it.

Finally, Ares broke his silence. The miner chose the "Best" of the EVE players who ganked him and sent him a cryptic message about the ganker's organs.

Agent Best EVE Player realized that it was up to him to untangle this mess--whatever it was. 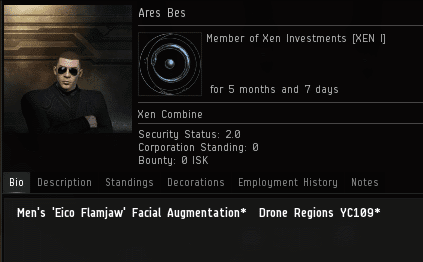 Ares was an odd duck. Even his bio was perplexing. 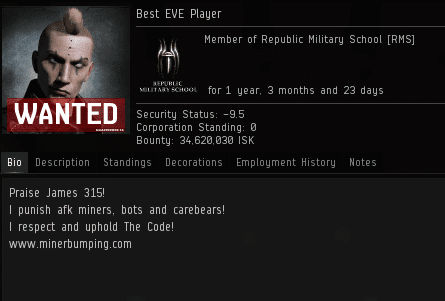 By contrast, our Agents' bios--like the Agents themselves--are clear, direct, and undeniable.

Ares refused to purchase a mining permit; that much was obvious. Less clear were the miner's intentions for Best's organs.

Our Agent was reluctant to hand over his organs. After all, Ares had a habit of losing stuff.

Agent Best still wasn't sure what to make of this miner. Was Ares a cannibal?

Impossibly, the miner grew even more incoherent as time went on. Perhaps he needed to consume Best's brains.

The negotiations between Ares and Best broke down. Sadly, the miner never came to understand what he really needed from our Agent. Best's organs would have been, at best, a temporary fix for what ailed the miner. What Ares truly needed was a mining permit. It was right there in front of him the whole time!
Posted by MinerBumping at 18:03