Most people know that Agent Zaenis Desef is a good, solid dude--a stand-up guy. Someone you can count on. What they may not know is that he's one of the most dangerously elite PvP'ers in EVE today. 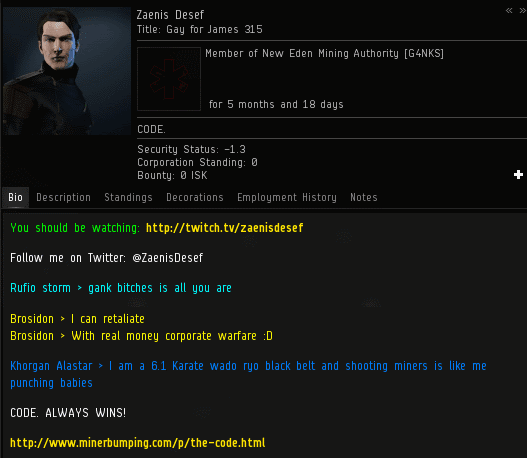 One day, Zaenis observed a bot-aspirant mining in highsec. He carefully put together a ganking operation to be carried out by two of his alts. When it comes to ganking, though, there are a million variables to consider. Despite our Agent's meticulous planning, it would be up to fate as to whether his attack would achieve surprise. 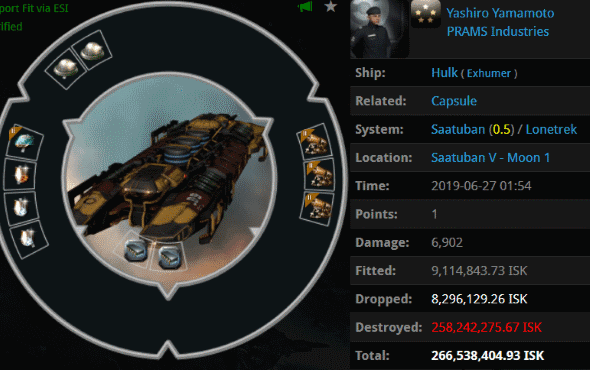 The ganked miner belonged to PRAMS Industries corp. PRAMS Industries is one of countless highsec corps that serve only to discourage new players from leaving highsec or doing anything other than mindless PvE. 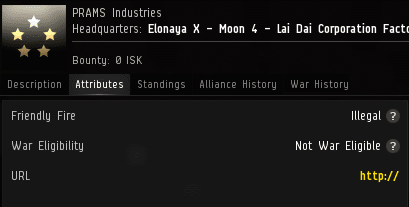 Thanks to the carebears' endless whines and appeals to CCP's greed, these highsec prisons have gained immunity from awoxes and wardecs. But they are not immune from suicide ganks. 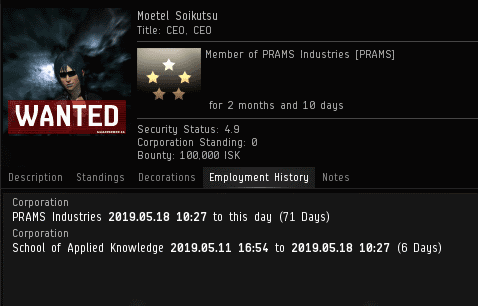 The miner was AFK, but the gank was witnessed by Moetel Soikutsu, the CEO and CEO of PRAMS Industries. She had done nothing to help her corp member defend himself in life. Now she would fight for him in death.

Moetel protested the gank in local chat. It occurred to Zaenis that she might be a space lawyer of some sort.

The good thing about space lawyers is that they generally do read the Code--though usually after they come up with their arguments.


Zaenis Desef > He was in violation of the CODE. As a desgnated member of the CODE I exercised my right to relieve him of his ship.
Moetel Soikutsu > " - If a miner does not wish to purchase a mining indulgence, he may still be granted a one-day reprieve, if he is able to correctly answer the Supreme Protector's Questions Three."
Moetel Soikutsu > He haven't had the opportunity to answer a question you haven't asked

What a week for the Questions Three. Referenced in two different MinerBumping posts!


Zaenis Desef > Each agent enforces the CODE as they see fit. James 315, our supreme protector has a softer heart than I. I give them a chance to become CODE compliant after I've relieved them of their ship
Moetel Soikutsu > " Your bot aspirant behaviour has been observed" Can you explain that?
Zaenis Desef > I observed his bot-aspirant behaviour. I don't know how else you'd like me to put that
Moetel Soikutsu > I'm not english native...
Zaenis Desef > Yashiro Yamamoto was acting in a way that appears to be bot like

Agent Zaenis was more than happy to debate with Moetel. He had nothing to hide. He knew it was a good gank.

Moetel repeatedly questioned the Agent. It was almost as if she was laying the groundwork for a reimbursement claim.

As the event unfolded in local chat, it soon became clear that the Agent's testimony was a public relations coup for the New Order. Agent Zaenis came across as an extremely credible witness.


Moetel Soikutsu > If this is tollerated to attack not-permited miners, why does CONCORD strikes you back then?
Zaenis Desef > CONCORD has silly rules about capsuleers attacking each other. We've adapted ways to ignore them
Moetel Soikutsu > Well, that's a silly way to ask for a permit. I never saw a law guy destroying thing before saying that you need a permit. You know, reminder to the law
Zaenis Desef > Ignorace does not exempt you from the law

Moetel got to the meat of the conversation. She was indeed a space lawyer.

Unfortunately for the carebear CEO, she hadn't done her homework. If she had, she would've known that her questions were far from original. Zaenis knew exactly where his interrogator was going.


Moetel Soikutsu > Well, and if we still not have permits, there will be another warning? and another? and one more? Only warnings?
Zaenis Desef > We find that this is the best way to let people know that we're serious
Moetel Soikutsu > Serious? Not sure. I believe you just try to have a justification for piracy :/
Zaenis Desef > How can enforcing laws be piracy?

EVE Online is known as a game of secrets and subterfuge. The New Order, on the other hand, is an organization of transparency and light. Our Agent was supremely confident that if he merely told the truth like he always does, the result would be another victory for the Code. However, as I said before, ganking involves a million variables--and fate. And the fate of one EVE player was about to be changed forever.