Blackout or no, the light of the Code always shines through. Always! And now that killboard data is available once again, please enjoy these kills from the week of July 7th @ 00:00 EVEtime through July 14th @ 23:59 EVEtime... 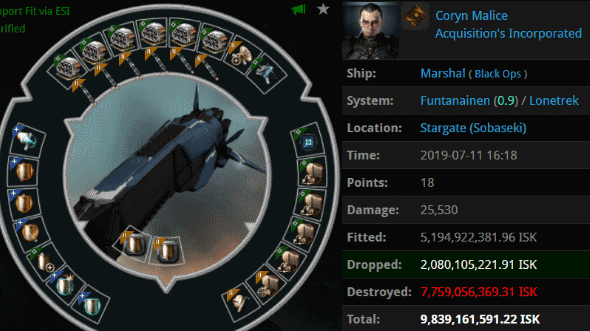 KILLMAIL
Let's get right into it. Coryn Malice is your classic case of an isk-tanking bling addict. He assumed that the more money you put into a ship, the more powerful it is. He was wrong. In fact, his lack of a simple 10 million isk permit overrode all the billions he invested in his Marshal. By contrast, Agents Astrid Tyrfing, Narl' Amhar, Votre Dieu, Rungerd, and Wilhelm Scylding diligently obeyed the Code and triumphed easily--no bling required. 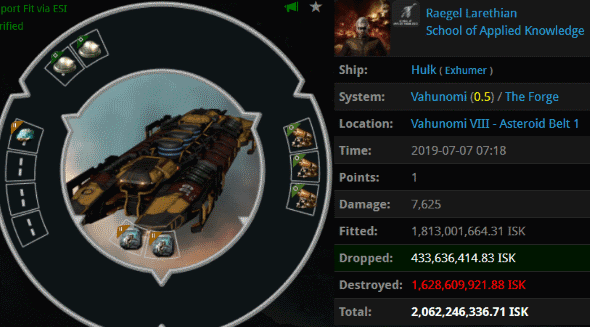 KILLMAIL
Raegel Larethian was perfectly willing to spend 2 billion isk on his Hulk, so long as he didn't need to spend any of it on tank modules. Apparently he ran out of money just before he got around to filling in his midslots--and his permit slot. Agent Dmitrij Vladimirovic paid him a visit in a Catalyst and won the 1v1. 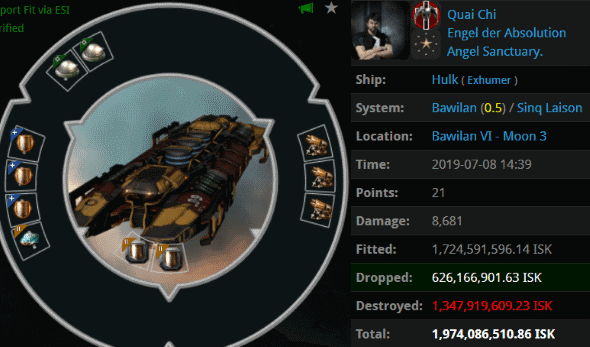 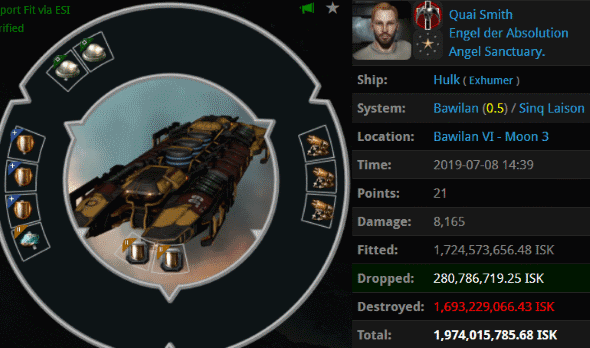 KILLMAIL
KILLMAIL
Suppose a miner wanted to lose even more than Raegel? Well, he could go down the path taken by Quai Chi and Quai Smith, who lost two blingy Hulks in a simultaneous gank expertly performed by Agents Astrid Tyrfing, Rungerd, Narl' Amhar, and Votre Dieu. Sorry, miners, sporting bling in the form of shield mods is still illegal. Try to exercise some modesty. 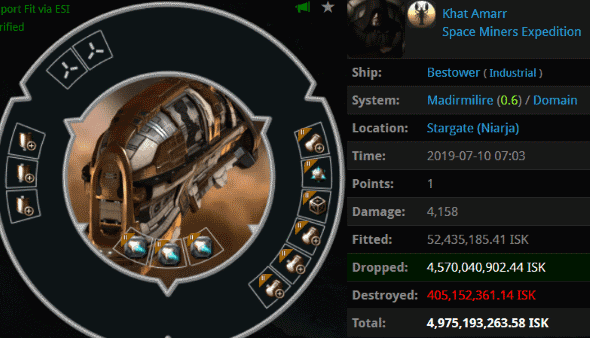 KILLMAIL
Khat Amarr wanted to send billions of isk worth of cargo through the Niarja chokepoint. He knew that using a freighter would be suicide, so he used a simple tier 1 industrial ship. Don't worry, he equipped some shield mods! Ah, but he couldn't resist anti-tanking with his lows and rigs. A single Agent, Ksenya PROXY, was enough to take down this Code violator. 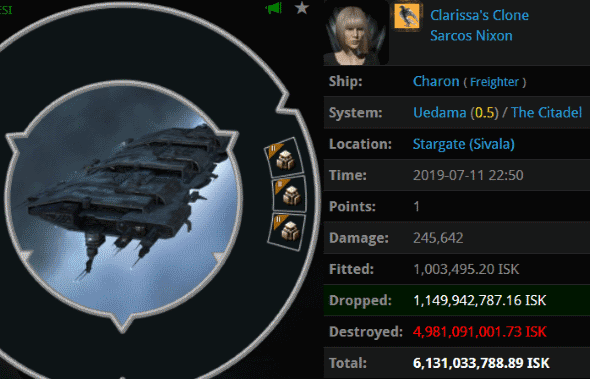 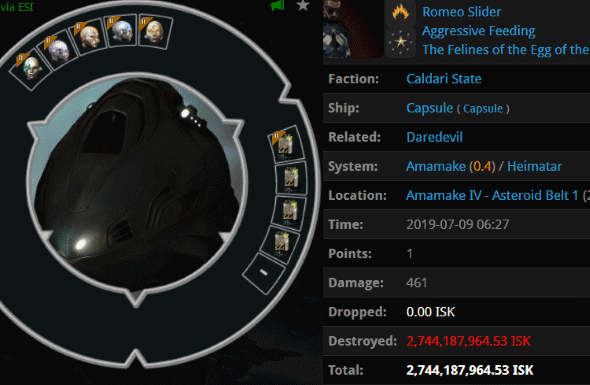 KILLMAIL
Romeo Slider probably didn't expect to lose his Daredevil and pod to the mighty CODE. alliance in lowsec. But, on occasion, the New Order Outreach Division visits lowsec as well as null. Agent Ripley Kaga fired up some smartbombs in the always-engaging system of Amamake and popped Romeo's implants. 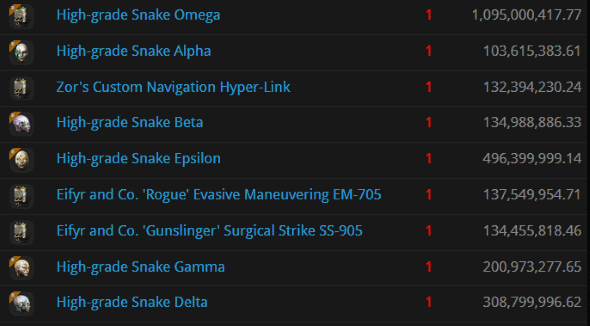 There were no mining implants to be found in this lowsec dweller's pod. Of course, the only way to find out what's in a pod is to destroy it. CCP should create a pod-scanning module at once. I'm confident that doing so would boost subscription revenue.
Posted by MinerBumping at 20:02