Life in highsec can be strange. The random, unsolicited EVEmails I receive from people prove it.

A fellow named anaCheeya ANARKY sent me a message perfectly out of the blue. Cryptic references to dolphins and traps only added to its mystery. To understand anaCheeya--and I did want to understand him--I would need to go back into his history and find out more. 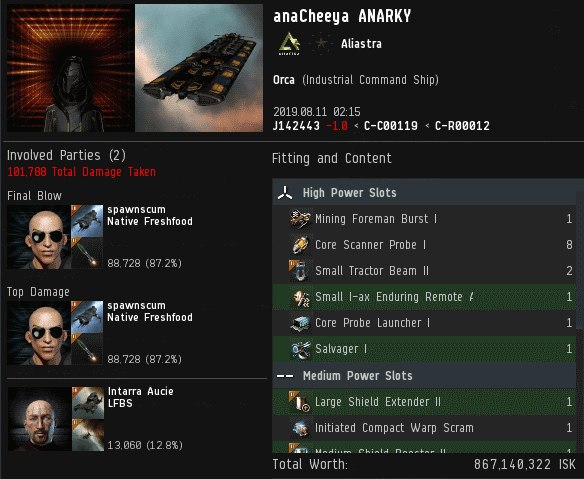 A few weeks earlier, anaCheeya lost an Orca in a wormhole to a PvP'er named spawnscum. So far, none of this seemed to have anything to do with me or my beloved highsec.

As far as I could tell, spawnscum had no affiliation with the New Order. He was interested in shooting spaceships in wormholes, not enforcing the Code.

Most of the time, when someone is killed for reasons other than the Code, the victim is silent and moves on; they do not normally shed tears like unlicensed highsec miners do. Yet there was a flame that burned inside anaCheeya. One quite reminiscent of a bot-aspirant carebear.

anaCheeya craved revenge, but he knew he had no way of getting it--for now, at least. First he would need to grow in strength and power. 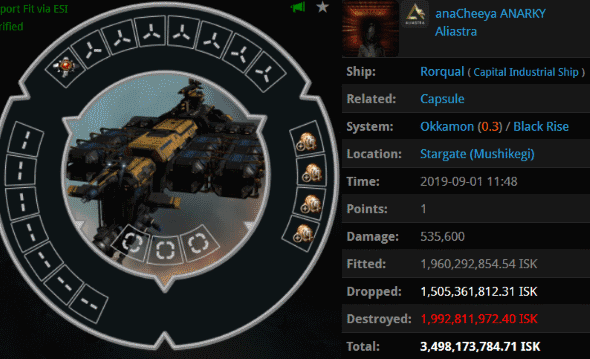 It would not be an easy road. A few weeks later, he lost a fail-Rorqual worth 3.5 billion isk in lowsec. anaCheeya understood that he couldn't continue like this. He decided to reinvent himself on the spot. anaCheeya created a corporation called null sec nomads.

And then, naturally, he headed straight for highsec.

It was there that anaCheeya met a man who would change his life. 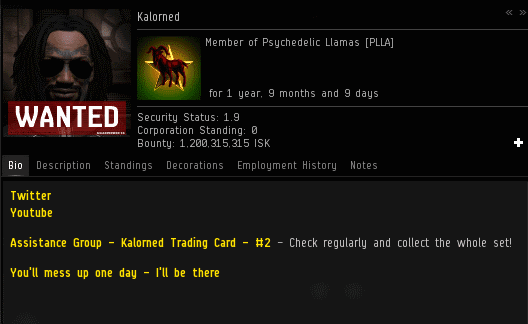 anaCheeya didn't know it yet, but the unassuming stranger was about to introduce him to a whole new world. For the moment, though, they merely engaged in a staring contest, locking each other without firing.

The miner was intrigued by Agent Kalorned. Although they seemed to be rivals competing for the same rats, perhaps a mutually beneficial relationship could be forged between the two. 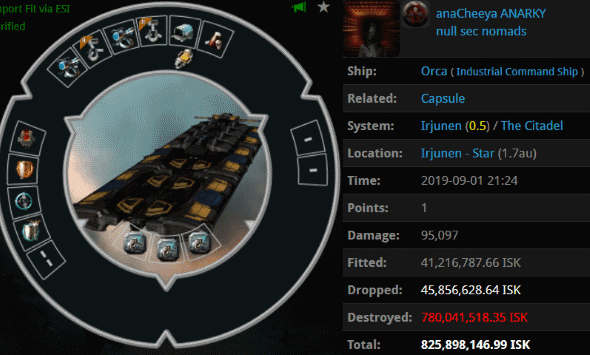 ...Or maybe Kalorned was a warp-in for the gank fleet in system. 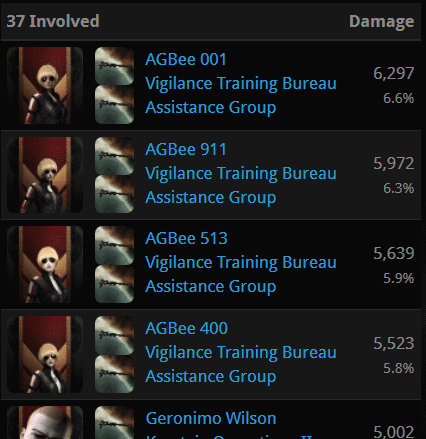 ...But it was only the beginning of his new friendship.