If you're a bot-aspirant carebear who enjoys flying anti-tanked haulers, you should ask yourself this question: 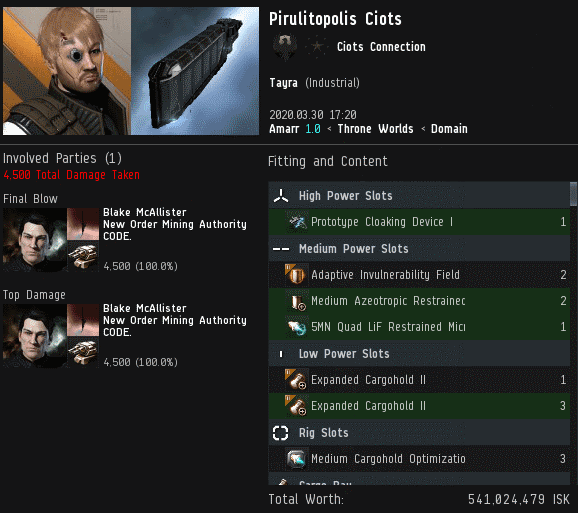 What exactly do you think our Agents use Tornadoes for?

Agent Blake McAllister is, like our other Agents, an honest man. But carebears do not appreciate honesty. They can't relate to it.

The carebear began to spew salt everywhere. He couldn't tolerate the idea that he was at fault for doing something that everyone in EVE knows you're not supposed to do.

Instead, Pirulitopolis tried to spin the situation so that he could justify his behavior. If he couldn't be a hero, at least he could be an innocent victim.

In spite of his foolishness, Pirulitopolis made an interesting observation: An EVE player ought to evaluate how he is having fun in the game. 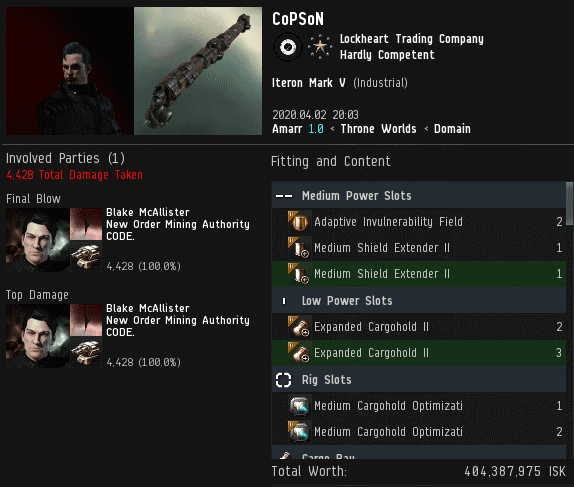 If CoPSoN gave serious consideration to what he was doing, do you really think he would've gone around highsec in an anti-tanked hauler? Only if he was a Goofus.

After telling Blake to "fuck off", CoPSoN suddenly realized that he needed to ask our Agent for a favor.

Unfortunately, carebears tend to be just as bad at asking for help as they are at playing EVE.

One begins to wonder: Are highsec carebears good at anything?

To date, the mighty CODE. alliance has destroyed over 88 trillion isk. CoPSoN's response? "I didn't expect you."

Carebears, expect to be punished for disobeying the Code. Always!
Posted by MinerBumping at 18:02