Previously, on MinerBumping... Civil war! The Imperium was being torn in half, each member forced to pick a side. aiva naali aka FighterJets GuitarSolo 1000Years hoped to remain neutral in the conflict. But after talking about it with his council, he grew weary of neutrality. 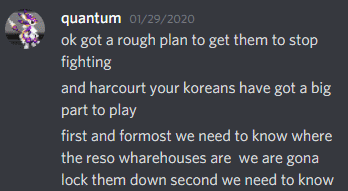 aiva's original plan for dealing with a civil war, the Five Crowns, wasn't yet ready. And his Four Points proved to be too passive. Now aiva aimed to take the bull by the horns.

aiva's council listened in shock as their leader outlined a strategy for disarming the Imperium.

There could be no doubt as to aiva's determination--or his ruthlessness. With thousands of pro-aiva fleet members at his command, aiva made ready for a surprise attack against his own coalition. 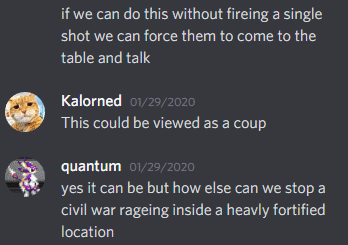 To be sure, aiva's plan would be wildly provocative. But he hoped that his audacious actions would nip the civil war in the bud and get the Imperium back into the fight against Pandemic Horde as quickly as possible. 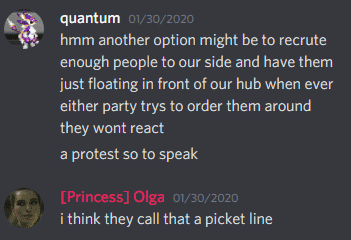 Then again, maybe a peaceful sit-in would do the trick. 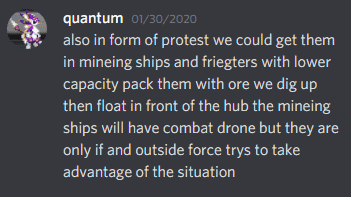 Finally, the council weighed in. They felt it would be better if aiva focused on his highsec mining corporation instead.

Yes, it was the long-neglected Mission Ready Mining RELOADED corp. The Imperium's civil war had caused aiva to be distracted from his recruitment duties yet again. The corp still had zero members besides aiva. 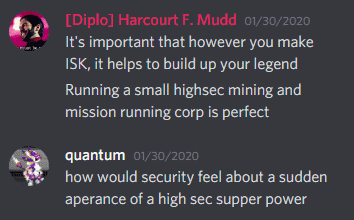 For now, no one could know that aiva was secretly pulling the Imperium's strings. aiva's cover identity was that of a harmless highsec mining corp CEO; few would suspect him of being the nullsec powerhouse that he actually was. However, aiva feared that if he put all of his energy into recruiting for Mission Ready Mining RELOADED, he might be too successful at it. This could draw unwanted attention. 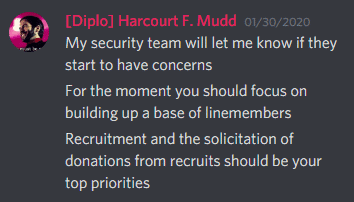 Although the Imperium's civil war was certainly an issue, aiva's council felt that their leader ought to prioritize raising money for the titan/Nyx/directorship/investment fund.

aiva had to agree. No matter what else happened, the isk needed to flow.

But for whatever reason, aiva continued to strike out as a corporate recruiter.