Bot-aspirancy is a disease. Some might say that's harsh, but is it really? After all, bot-aspirancy is lethal. Carebears who fall victim to their routines and subroutines are doomed to death and destruction. Like these bot-aspirants from the week of April 12th @ 00:00 EVEtime through April 18th @ 23:59 EVEtime... 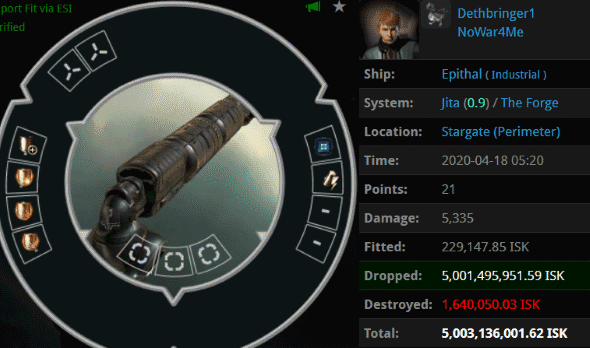 KILLMAIL
At some point after deciding upon his character name, Dethbringer1 decided he'd had enough of conflict. So he joined NoWar4Me corporation and prepared to enjoy a life of 100% safety in highsec. He must have truly felt invincible, otherwise it would be difficult to explain his 5 billion isk fail-fit hauler. A single Agent in a Tornado--an elite PvP'er by the name of Kimdoe--took him down.

Looks like Dethbringer1 extracted all of his skills before undocking. 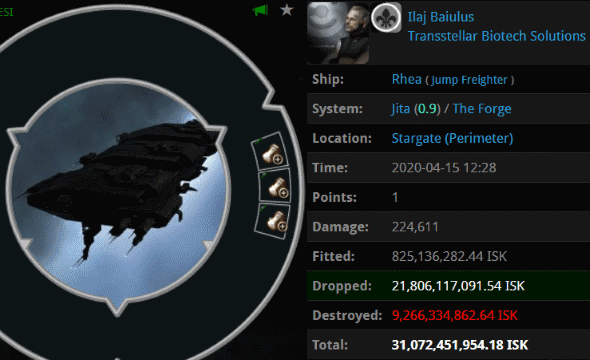 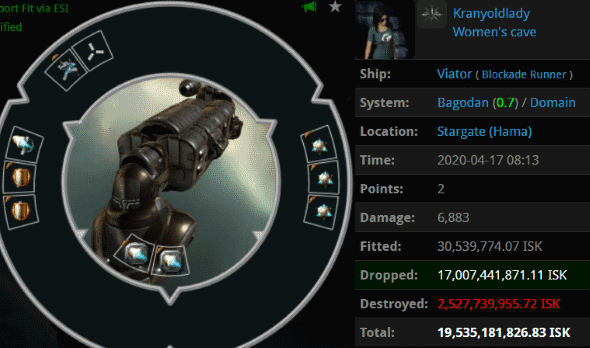 KILLMAIL
When you think of all the advantages that a Blockade Runner has in highsec, it's amazing to see people like Kranyoldlady losing them to gank squads. Agents Caldari Citizen 2116212079, Lovin Jr, FleetJump Jump, and 1400mm Gallium Cannon popped a Viator worth just shy of 20 billion isk. It was, as you might expect, utterly AFK. I guess Kranyoldlady didn't think her cargo was important enough to watch. 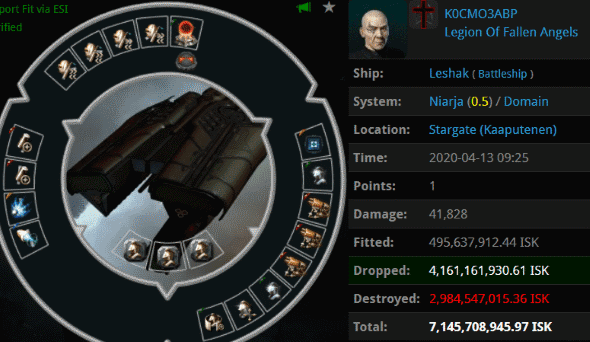 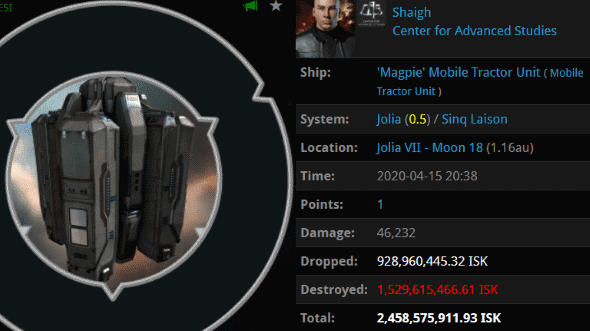 KILLMAIL
It takes a special kind of Goofus to bring a 2.4 billion isk Mobile Tractor Unit into highsec and allow anyone who feels like it to come take a shot. Shaigh was precisely that kind of Goofus, though. Inevitably, Agents Chris Pandora, Just-Another-Code-Alt Auralis, Hillbilly-2000, Zor Q, and 4 Weeks Aulmais learned about the blingy MTU and acted accordingly. 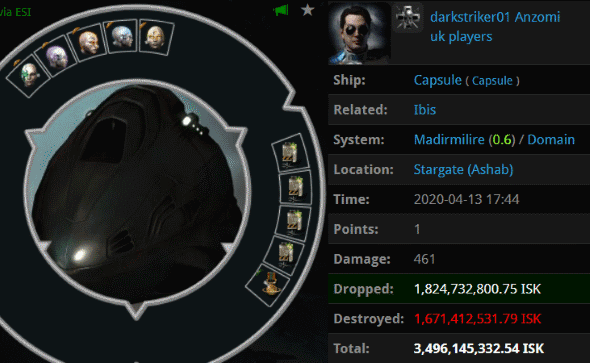 KILLMAIL
darkstriker01 Anzomi undocked in a rookie ship, activated his autopilot, and went AFK. Apparently no one told this guy what Agent Aaaarrgg has been doing to autopiloting rookie ships for the past several years. I mean, we're talking about someone who has ganked over 2,000 rookie ships. You'd think a carebear would see this coming. But no. 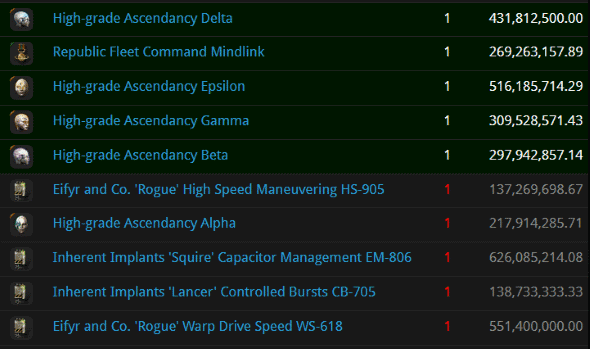 With the rookie ship removed, Aaaarrgg sunk his teeth into the juicy pod left behind. Implants worth roughly 3.5 billion isk were destroyed. Normally they'd be destroyed, that is. But thanks to a special event, 50% of implants have been dropping, like regular modules. So our Agent was rewarded with 1.8 billion isk worth of loot for podding the carebear. Finally, someone at CCP realized that people like Aaaarrgg deserve a bonus for all their good work!
Posted by MinerBumping at 20:02