Previously, on MinerBumping... Momentous things were afoot in EVE's financial world. aiva naali aka FighterJets GuitarSolo 1000Years was on the verge of taking over the EVE economy and replacing The Mittani as the most powerful man in nullsec. But all was not well in aivaworld: He was desperately short of money. 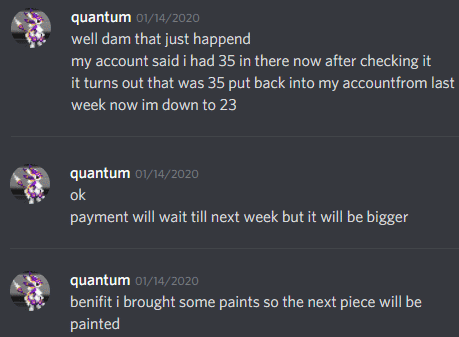 aiva fully intended to become EVE's wealthiest player. But for now, he couldn't even scrape together enough PLEX to keep his account in Omega status.

Still, aiva kept his eyes on the prize. His primary objective was to help the Imperium take over nullsec. For the first time, his attention turned to the DeadCo coalition.

aiva viewed Pandemic Horde and Test Alliance Please Ignore as his primary competition. If aiva could absorb some of DeadCo into the Imperium's ranks--provided they were absolutely loyal--it would bring him closer to his goal. 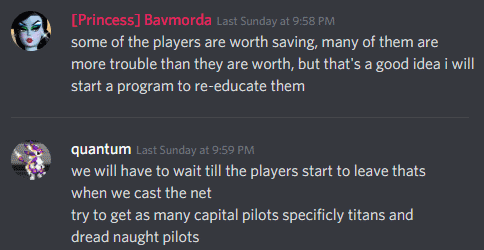 So far, aiva had failed to recruit even a single highsec miner into his corporation, Mission Ready Mining RELOADED. He had more confidence in his ability to attract titan pilots, though.

While he waited for DeadCo to disintegrate, aiva spent some time theorycrafting. His council was silent; hopefully they were paying close attention.

As aiva conducted a survey of the overall geopolitical situation, some in the council were distracted. Once again, it was a money issue.

aiva sighed and began contracting over his assets, right down to the last Metal Scrap.

Week by week, aiva faithfully deposited his PLEX, isk, and other miscellaneous assets into his titan/investment/director role fund. 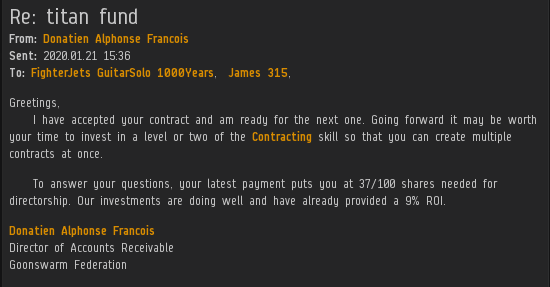 All of that money didn't go to waste. aiva was well on his way to becoming the next director of Goonswarm Federation. There was no word on the status of his titan and/or Nyx. However, that didn't matter so much... 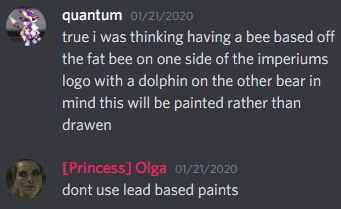 ...After all, aiva would first need to complete his painting of a new Imperium battle flag. The logo aiva designed would incorporate the twin pillars of the Imperium's strength: A bee representing the Goons, and a dolphin representing himself. 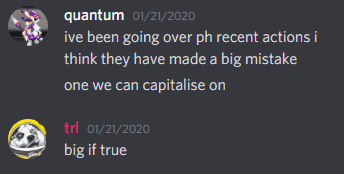 aiva couldn't decide whether PH or TEST was the bigger threat to the Imperium's dominance. Today, Pandemic Horde was in his sights. 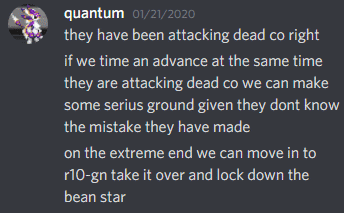 It was almost time to take down Pandemic Horde once and for all. Again.