Yes, Highsec Belongs to the Code

Carebears claim to love freedom. "Highsec is for everyone," they say. "People should be able to engage in PvE whenever they like, with no limits--and no Code."

...But it's funny how a carebear's attitude changes when there's money at stake. 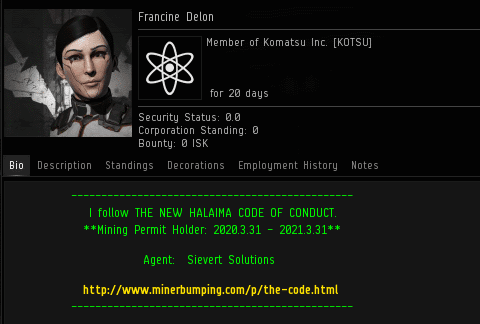 Francine Delon was an innocent, permit-carrying highsec miner. She was in highsec, and she felt like engaging in some PvE. For some reason, her fellow carebears had a problem with this. 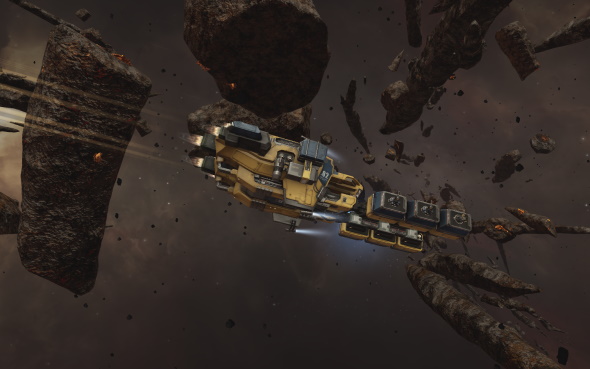 Fey Xadi and her Russian friends were participating in a Triglavian event when they noticed that they were being followed by Francine's Venture. They didn't like it.

Due to the mechanics of the event and the way its payouts were calculated, Francine's presence threatened the Russian carebears' profit margin. So they conspired to let the Triglavians kill her.

Alas, the carebears' plan failed, and Francine got her fair share of the profits.

Suddenly, the "highsec PvE is free for everyone" philosophy was nowhere to be found.

When questioned, Francine tested the carebears by claiming to be a newbro. The hypocrites didn't treat her with kid gloves like they demand our Agents do.

The Russian carebears were outraged by Francine's wanton mining activities. It's almost as if order and civilization are necessary in highsec!

Francine artfully extracted a confession from Fey Xadi, who admitted to knowing about the Code. If only she knew enough to follow it, too.

The Code always brings out the truth. Always!

If these carebears knew how to properly execute a suicide gank, I have no doubt that they would have attempted to gank Francine's Venture. Deep down, the carebears know that chaos and anarchy benefit no one. 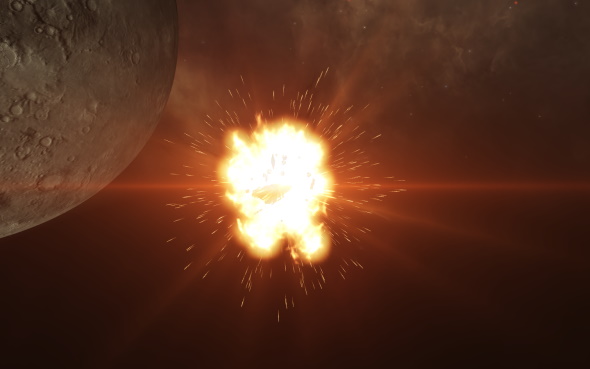 After being duly rewarded for mining, Francine swapped into a bumping ship and untethered a nearby AFK Covetor. The Triglavians then enforced the Code on Francine's behalf. Another win for civilization!
Posted by MinerBumping at 18:02