Thirtyone Organism joined the ranks of the New Order shareholders with a purchase of 1,000 shares, ensuring that we would pass the 2,029 billion isk mark. Thirtyone earned a respectable Supreme Protector's Tip of the Hat™ and the gratitude of the good people of highsec.

Next up, a report from the Black Rise region: 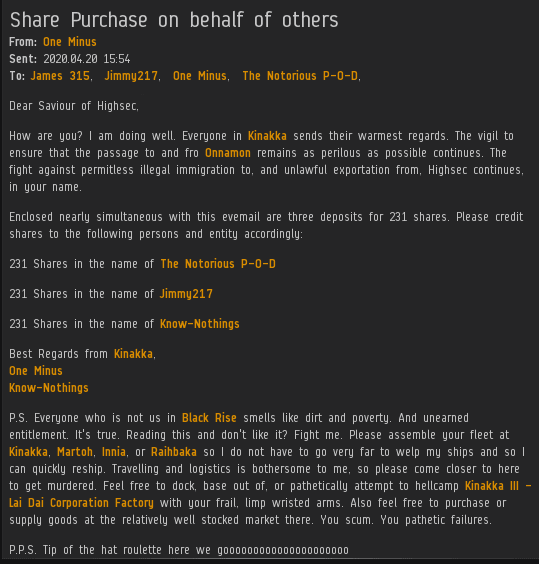 Know-Nothings becomes our latest corporate shareholder with its purchase of 231 shares. For taking us past the 2,030 billion isk mark, the corp earns a Supreme Protector's Tip of the Hat™--a valuable asset indeed!

Last month saw the conclusion of MinerBumping's Forbidden Knowledge series, in which we learned that Knowledgeminer was excommunicated from Anti-Ganking due to his opposition to the "Highsec Lobby". 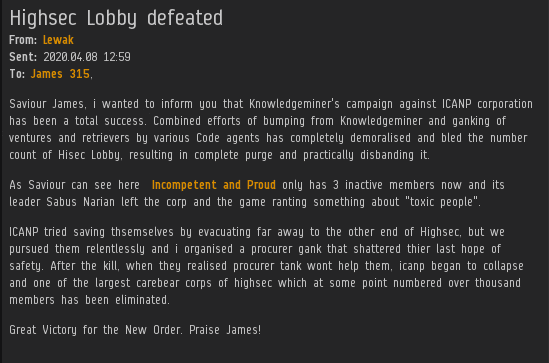 Sabus Narian's so-called lobby was built around the corporation he founded, which was aptly named Incompetent and Proud. We've seen many such highsec mining corps; the most alarming thing about them is how many clueless newbies they're able to yoke before they inevitably implode. 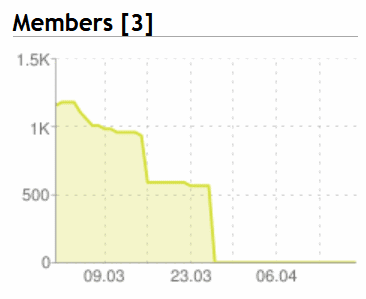 But the more people they exploit, the greater is their fall.

Such is the failure and the shame of all who would reject the Code.
Posted by MinerBumping at 18:02