Previously, on MinerBumping... Civil war threatened to break out in the Imperium, and aiva naali aka FighterJets GuitarSolo 1000Years was caught in the middle. As he attempted to find his way through the unfolding chaos, aiva found that his own council was starting to fracture.

aiva declined to support The Mittani's faction during the crisis, but neither was he prepared to side with Elise Randolph. Instead, aiva and his council would remain completely neutral--in thought as well as in deed. 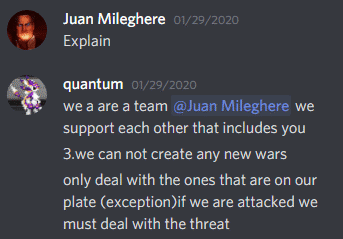 To steer a course through the mess, aiva formulated his Four Points, which would serve as the council's guiding principles.

With any luck, aiva could sit out the Imperium civil war. Then he'd be in good shape to help rebuild whatever was left after the dust settled. 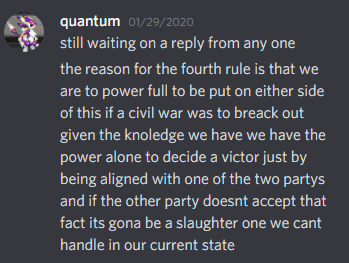 Of course, aiva had no illusions about the awesome power he wielded. If he chose, he could swing the balance in either direction. 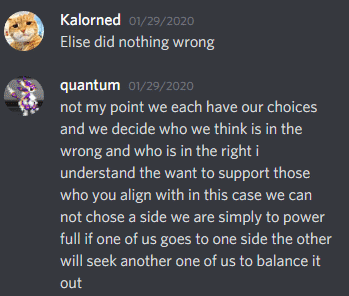 However, even if aiva personally remained neutral, there was still the danger of other members of his council supporting one of the combatants. Individually, the council members were powerful enough to upset the balance of power. aiva hoped they wouldn't.

aiva thus found himself in the double role of king and kingmaker. Yet he chose not to engage in the conflict. What the Imperium really needed was to remain united and destroy Pandemic Horde and Test Alliance Please Ignore. Why couldn't anyone else see that? 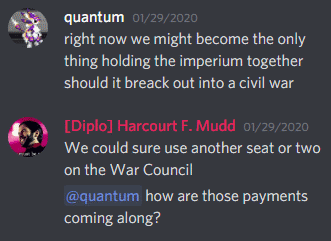 On the other hand, aiva was always thinking twenty to thirty steps ahead. He would find a way to use the Imperium to achieve his objectives, no matter which faction ultimately prevailed. 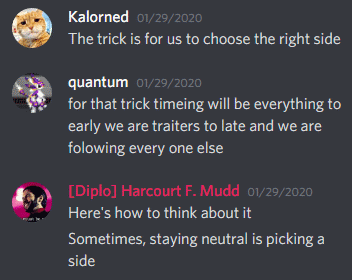 Even as he preached neutrality, aiva's strategic mind couldn't help but calculate the most decisive way to intervene in the civil war.

Agent Kalorned remained the most pro-Elise member of the council. Others were pro-Mittani. But it suddenly occurred to aiva that perhaps the civil war was not as binary as it seemed. 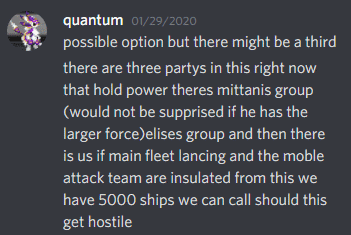 Having repeatedly ordered Imperium fleets into battle, aiva was confident in the loyalty of at least 5,000 soldiers. They were probably more loyal to aiva than The Mittani, even if Mittens was technically at the top of the chain of command. 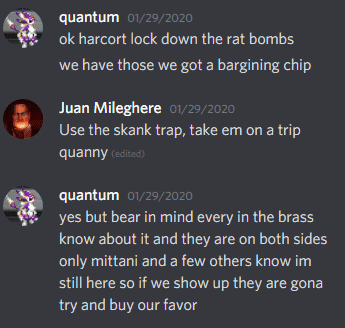 Nevertheless, the Imperium's military was likely split into pro-Mittani and pro-Elise factions, just like aiva's council.

Maybe it was time for aiva to ditch the Four Points and get loud.