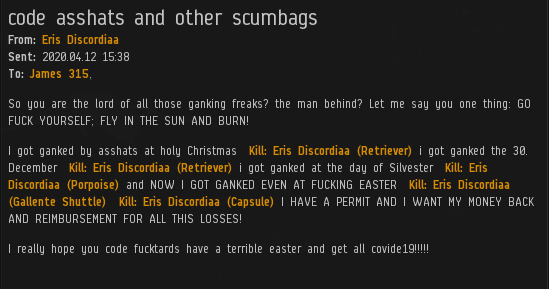 Uh-oh, sounds like it's time for another edition of the Highsec Miner Grab Bag! 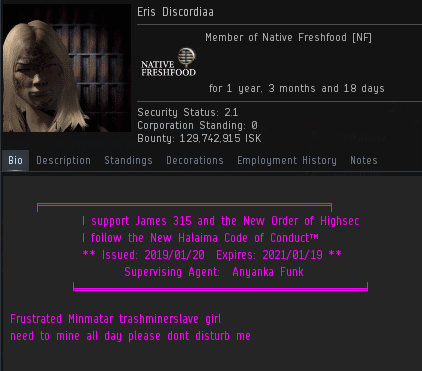 Hmmm... I have a suspicion about why Eris Discordiaa keeps getting ganked despite owning a permit.

No, miner, I'm pretty sure "industrial" corporations like yours are the reason why new players quit.

Typical bot-aspirant: Instead of playing one game correctly, he'd rather fail at two games simultaneously. 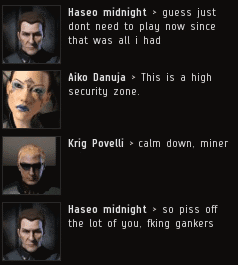 Why would you ask me to call off my Agents, if you want to "learn the game and get better"?

Yeah, this guy's not going anywhere.

"Emerging"? If you mean emergent gameplay, that's what our Agents did. 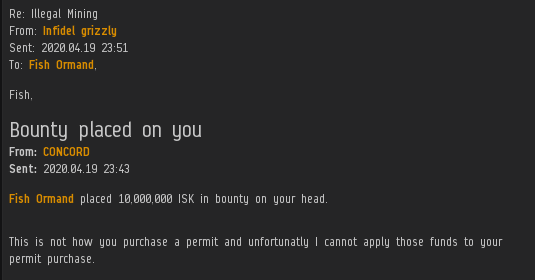 After all these years, miners are still trying to find a way to use the bounty system against our Agents. Unsuccessfully. 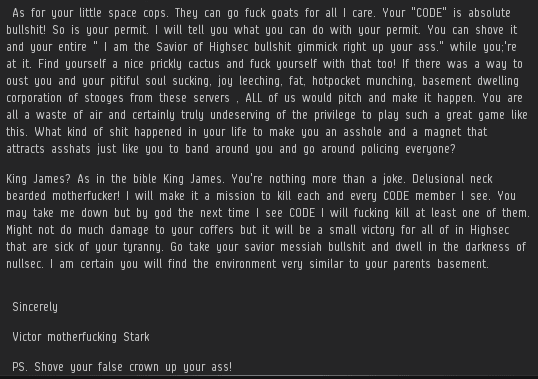 Miners, if you start a message by agreeing with me, end it quickly--while you're still ahead!
Posted by MinerBumping at 18:01