Ladies and gentlemen, allow me to introduce you to HoodHe.

As you've probably guessed, HoodHe is a highsec miner. But what did he lose to inspire such anger against the Agent who had ganked him? 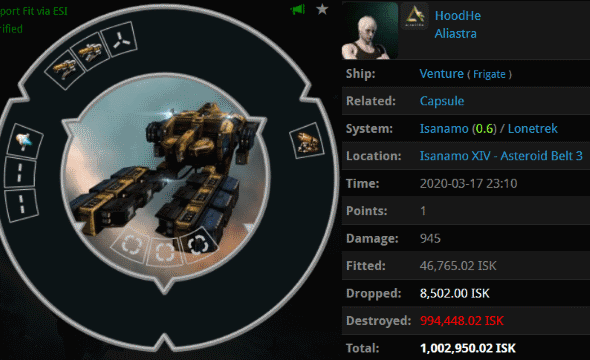 Just a Venture. One can only imagine his reaction if he'd lost a Retriever.

HoodHe also lost a cheap pod. I don't normally recommend Social implants, but as you will see, this miner could use the help.

Despite being told about the wonders of the Code, the miner held a grudge against Agent Ebb Eto and his entire family. 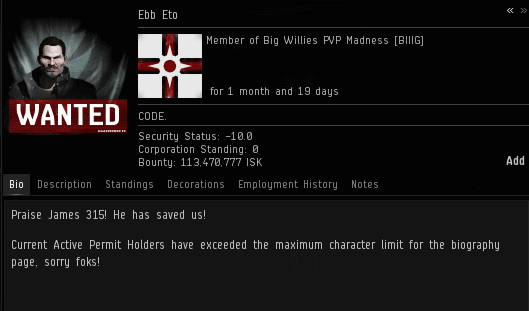 Ebb tried to explain that the mighty CODE. alliance was too powerful to be opposed successfully, but still the miner resisted. HoodHe flat-out refused to buy a mining permit.

After casting a few spells, HoodHe blocked Ebb Eto and ceased to communicate any further. 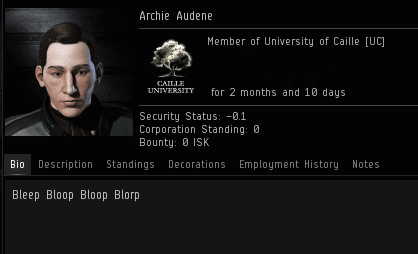 Luckily, an impartial observer volunteered to serve as a mediator:

Archie Audene was confident that HoodHe's one-sided blood feud with Ebb Eto could be resolved. But HoodHe would first need to reopen the lines of communication.

The miner warmed to Archie's idea.

At first, HoodHe was hesitant about resuming his correspondence with Agent Ebb. After all, they hadn't parted on the best of terms. Still, the miner was tempted by the prospect of reimbursement isk.

But if HoodHe and Ebb Eto were going to become friends, it would be a slow and potentially painful process.