Known by the Company You Keep, Part 2

Previously, on MinerBumping... Everyone claims to want more content in EVE... 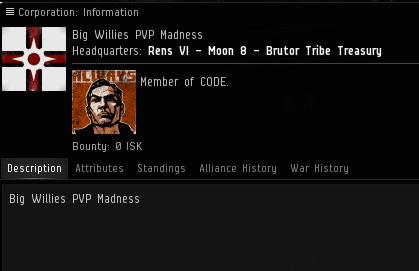 ...But when Big Willies PVP Madness provided some PvP madness to a member of Silent Company, the miner started crying in local. What a hypocrite!

Kalo Kion made it known that he despised his fellow Silent Company members. Even miners don't like miners.

Silent Company has grown to over twenty thousand(!) members, but its mass-recruitment campaign has come at a cost. In addition to admitting a large quantity of toxic players and leaving them to fend for themselves, an atmosphere of paranoia has taken hold.

The miners of Silent Company generally believe that their fellow members are out to get them--thus undermining the very purpose of joining together in the first place.

After making a fool of himself in local for an extended period of time, Kalo declared that he was unflappable. Nothing that happened in EVE could bother him.

As usual, Kalo's Silent Company brethren sniped at him.

As Kalo questioned the validity of highsec law, Donky-Kong sensed that the miner was working himself up for an anti-Code soliloquy.

Kalo delivered. But would anyone in local chat appreciate his impassioned speech against the Code?

Alas, the miner had only done further damage to his reputation. 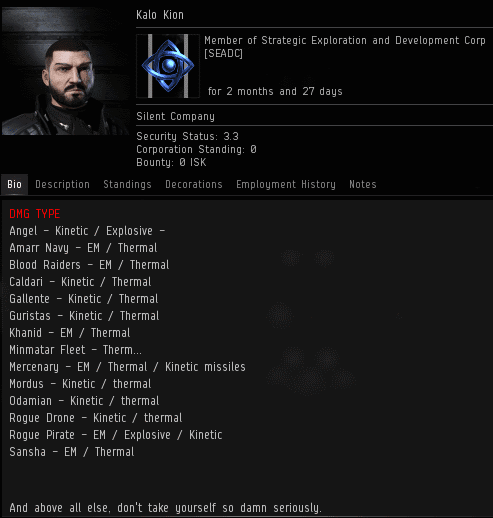 In the end, Kalo couldn't even earn the respect of highsec miners. Maybe he should try ganking them instead?

The gankers who had killed Kalo's Skiff didn't stick around--they didn't need to. Give a group of miners an afternoon and they'll destroy themselves.
Posted by MinerBumping at 18:03