Let's not miss an opportunity to take a closer look at some suicide ganks performed in the name of the Code during the week of July 7th @ 00:00 EVEtime through July 13th @ 23:59 EVEtime. 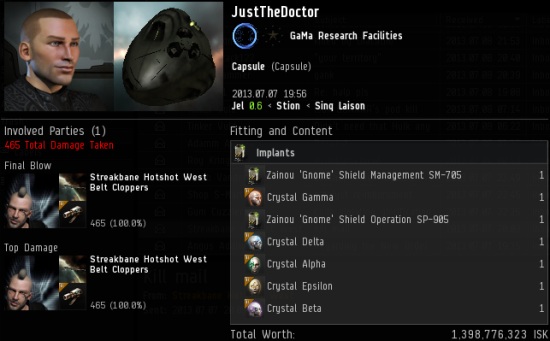 Quite a stir was caused this week when I reported that my bio had been deleted by GM The Doctor. Fittingly, the most expensive pod killed this week belonged to JustTheDoctor of GaMa Research Facilities. No relation, or else we'd be in a heap of trouble! Agents Streakbane Hotshot West, xX1337MastaXx, and xX1337xHoneyzXx killed his Hulk and Streakbane got the pod. 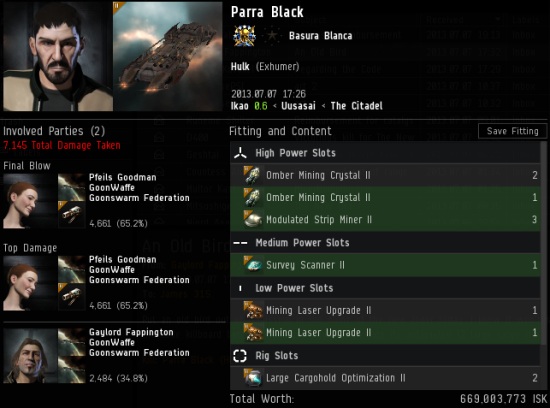 Parra Black managed to lose a Hulk worth 660 million isk. The anti-tanked vessel's value was inflated by the two large tech II cargo rigs. I thought Hulks could only fit medium-sized rigs, but perhaps this Hulk was an old one, grandfathered in under some previous system. Agents Pfeils Goodman and Gaylord Fappington swooped in like the heroes they are, and that's one less mutant Hulk to worry about. 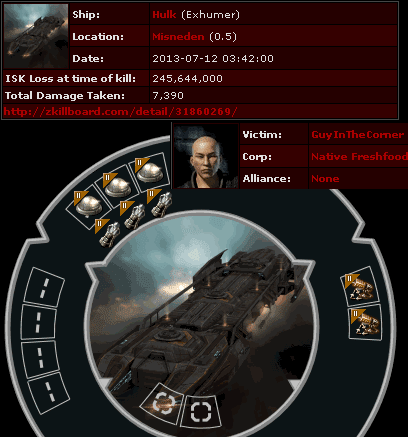 GuyInTheCorner thought he could be a real sneak, living up to his name by mining inconspicuously in some random system. But Agents Blue Suntun and D400 sniffed out his bot-aspirancy in no time flat. How did they know to kill him? Take a look: 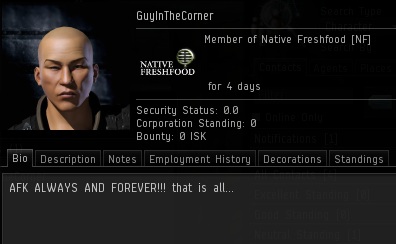 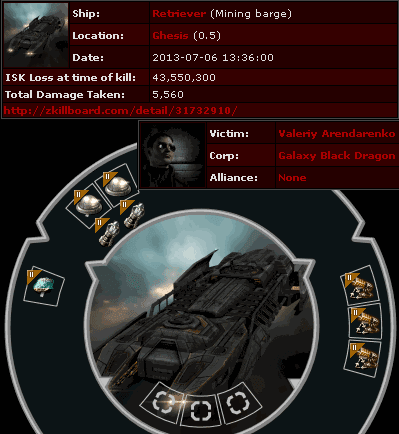 Speaking of inconspicuous, Valeriy Arendarenko's Retriever just managed to slip through the cracks last week. Nothing to see here, just another untanked Retriever mining in a 0.5 system. Until, that is, Zane Arnolles broke the Retriever in half and let us all find out what was hiding inside: 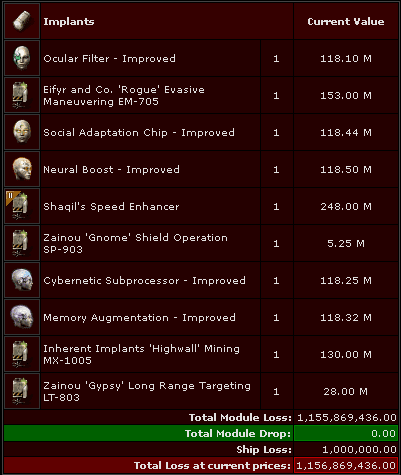 Over a billion isk in implants. Valeriy didn't bother to guard them. Maybe he'll appreciate those implants more now that they're gone?
Posted by MinerBumping at 20:54